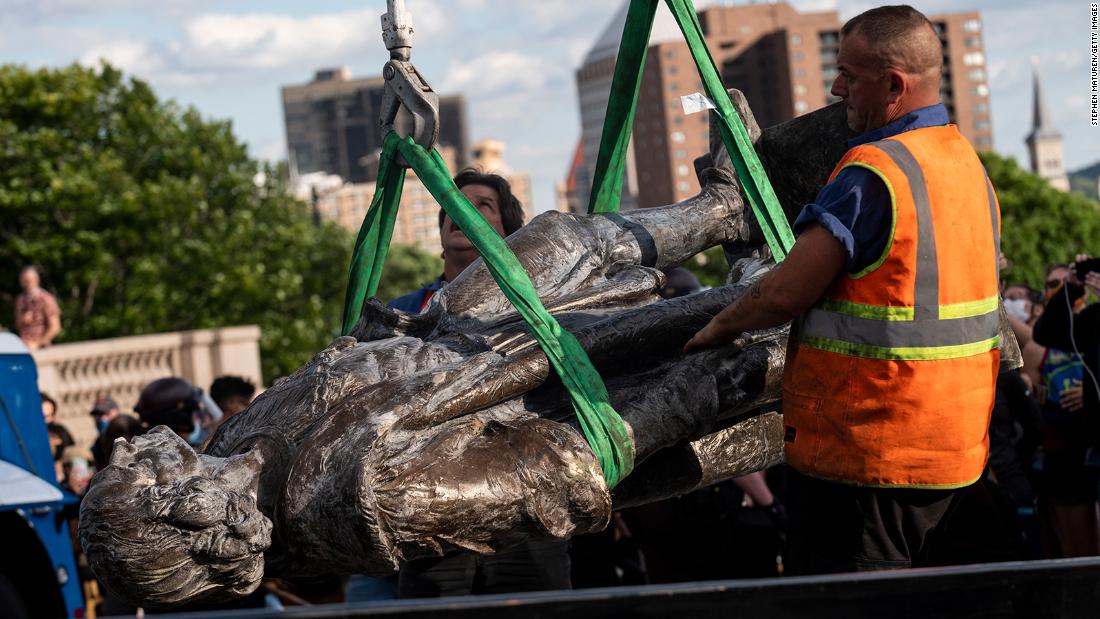 “The President said very clearly to these state and local leaders, some of whom have made the determination to let these things happen, that it is not a free lunch,” Bernhardt said in an interview on Fox News. “We are going to examine all our financing mechanisms for these communities and, to the extent that we have the authority, we will take into account their lack of protection of these monuments.”

National protests at the recent death of black men and women at the hands of the police and racial injustice in the United States have led to a re-examination of the Confederate symbols and monuments in the United States today. Protesters in some states have defaced or attempted to tear down statues, arguing they are racist symbols of America’s legacy of slavery, as the Trump administration has moved to preserve them.

Trump previously described national monuments as part of the country’s heritage, and personally ordered Bernhardt to restore a statue of Confederate General Albert Pike, the only Confederate statue in Washington, DC, after it was demolished last week, two people familiar with the matter previously told to CNN.

“Most of these monuments were placed with acts of Congress, with deliberation, with careful thought placed by artists, and great commemorations to establish them,” Bernhardt said Saturday on Fox News. “And they are not simply shot down because someone thinks it would be a good idea to try to destroy our history. We are not going to allow it.”

Bernhardt said the law requires that the National Park Service “preserve these monuments for future generations.”

On Twitter on Friday, Trump announced that he had signed an executive order to protect the monuments, which essentially directs the attorney general to enforce the existing Veterans Memorial Preservation Act. The 2003 act caused the vandalism or destruction of any such federal monument, statue or other property to be punishable by up to 10 years in prison.

It states that “the heads of all executive departments and agencies will review their respective grant programs” and apply the order’s policies to the extent “appropriate and consistent with applicable law.”

“Individuals and organizations have the right to peacefully advocate for the removal or construction of any monument. But no person or group has the right to damage, disfigure or remove any monument through the use of force,” the order states.

He continues to accuse some “misguided public officials” of accepting violence and preventing the police “from enforcing the law and protecting public monuments, rope statues and statues, and mafia graffiti.”