Google announces lots of features to bring Meet together with Zoom 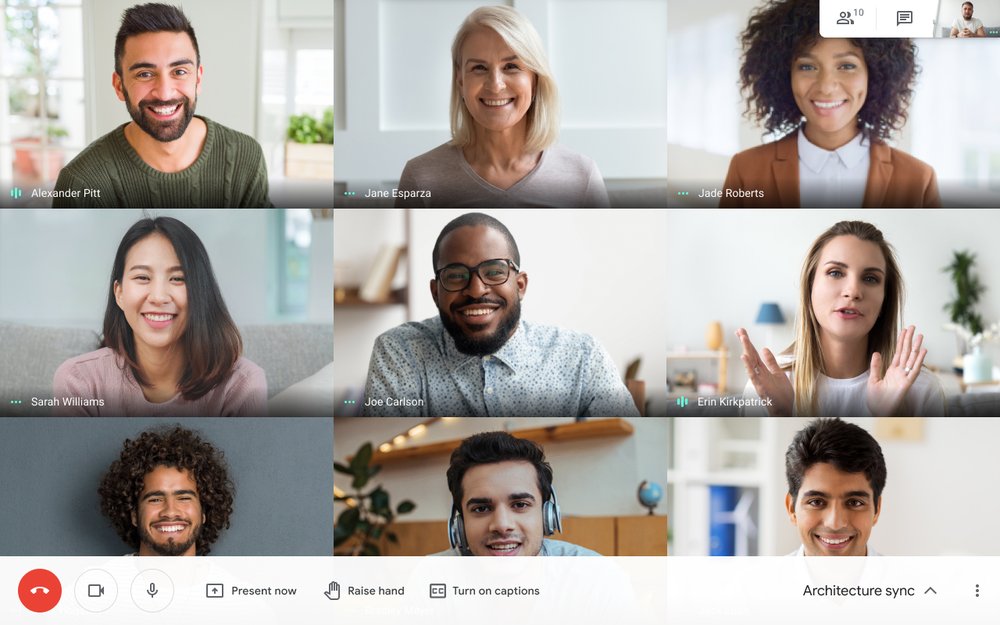 Zoom and Google Meet have skyrocketed in popularity during the lockdown, and each has its own pros and cons. Unfortunately, Zoom offers several advanced features not available in Google’s conference service, such as advanced moderation controls and customizable backgrounds. Fortunately, the company is working to improve Meet: it recently introduced a live noise canceling feature, and it just introduced a host of new features that will make conferences more engaging and easier to moderate. Surprisingly, these will be exclusive to education users for now.

The first set of features that Google announces for G Suite for Education and G Suite Enterprise for Education users is the ability for teachers and educators to have more control over their virtual classes. First, the “tapping” interface, which lets the host know that someone wants to join the meeting, will be less intrusive to avoid disturbing the educator. Also, people may not hit again after being expelled from a class, and may not do so more than twice. Finally, anonymous participants will not be able to enter any Education meeting by default, preventing unwanted attendees from entering a virtual class.

During the meeting, hosts will be able to mute all participants, turn off chat, and restrict who can introduce themselves. Google will also add an option that prevents people from joining the meeting before the host is online. When a class ends, moderators will also be able to end the session for all participants, ensuring that no one can stay on the call after the host has left.

Most of the above features are already available in Zoom, but one particular offering that users love is the option of using a virtual background. Google is also working to provide similar functionality, with the ability to blur or replace the background, with both default and custom images.

Google is also adding a hands-up feature, as well as a new video grid that can display up to 49 participants at once, which will make the meeting much more engaging. In addition to this, Meet will receive plenty of premium features, including attendance tracking, meeting rooms, Q&A, and surveys.

The company says these features will be available later this year, but has not mentioned any availability for non-Education users. It’s encouraging to see that Meet gets so many features at once, but to be fair, most of them have already been available in Zoom for a while, and not just for virtual classes. Hopefully, they will be rolled out massively later, making the two services compete even more closely.