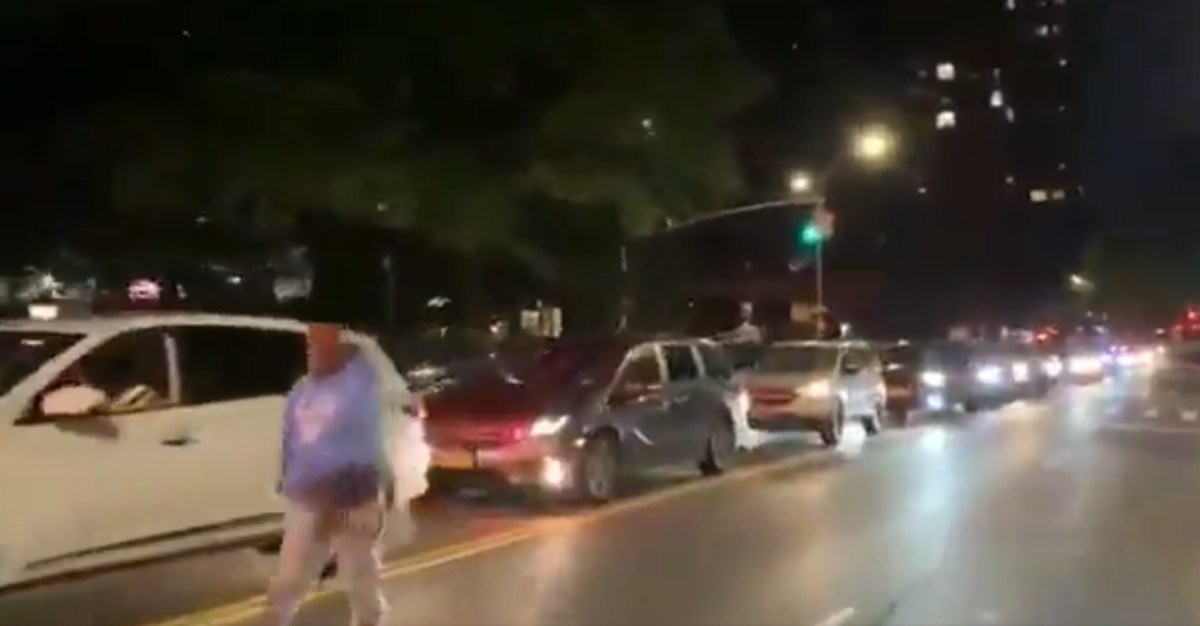 Dozens of drivers honked their car horns near the Gracie Mansion on Monday night to disrupt the mayor’s sleep in protest at the recent spike in illegal fireworks that shot through the city.

“We need to send a message that we need to end these chaotic fireworks that [have] it’s been happening all over the city, “said Council Member Chaim Deutsch, who attended the protest.

“So if we can’t sleep, Mr. Mayor, you won’t sleep,” the councilor said in a video statement posted on his Twitter account.

Deutsch said the demonstration was expected to attract a few hundred people.

A video posted on the Twitter fan page of local orthodox radio personality Heshy Tischler shows a line of more than a dozen idle cars near the Gracie Mansion, with many honking their horns for at least a minute in a row.

In a separate video posted on his personal account, Tischler, who also attended the rally, stated: “We want to stop these firecrackers!”

In the first two weeks of June, the city’s 311 system recorded 849 fireworks complaints, compared to just 21 during the same period last year, a whopping 4,000 percent increase.

The mayor’s spokeswoman, Freddi Goldstein, tweeted on Monday night that the City Council will announce “a multi-agency crackdown on illegal fireworks providers” on Tuesday morning.