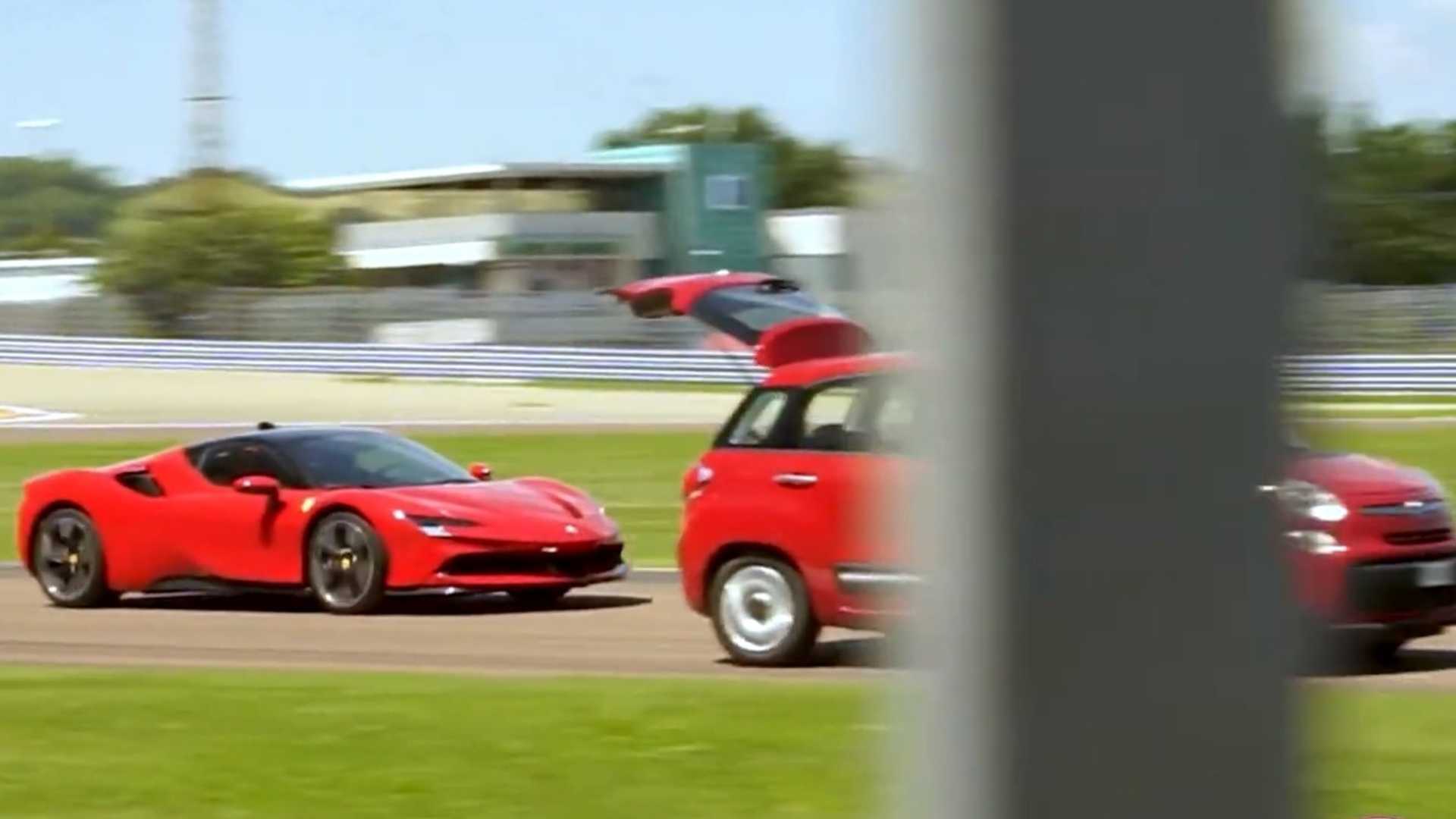 Ferrari has been fairly busy lately. From testing a new electrified V6 powertrain to firing up a new version of Le Grand Rendez-Vous, the prancing horse has had a full schedule. There is more to come in the coming months, as two new cars will debut later this year. In the meantime, it appears that the company’s Fiorano race track is more than just for prototyping, as an SF90 Stradale was there to fire a new promotion.

Fulfilling the role of a camera car was a humble Fiat 500L that costs almost as much as some (actually, maybe just one) of the checkboxes you can check when ordering Ferrari’s first serial plug-in hybrid model. We can see the SF90 Stradale’s slippage of force when it enters one of the corners of the track, proving that having AWD doesn’t necessarily mean the car can’t be happy.

Some would say that a Ferrari power slip is a bit trivial given the technological wonder that the SF90 Stradale represents, but a power slip is fun, no matter what the car license plate says. We haven’t seen Maranello’s PHEV as much since its debut in late May 2019, so a video showing the brand’s most powerful car dancing on a race track comes at the right time.

One of two new cars slated for a 2020 release could be an SF90 Spider, arguably the only way to make the car even more desirable. It would follow another recent entry in Ferrari’s convertible lineup, the 812 GTS that serves as a convertible derivative of the Superfast. Speaking of which, the V12-powered machine could get a more robust version later this year as the other new car planned by the Italian brand.