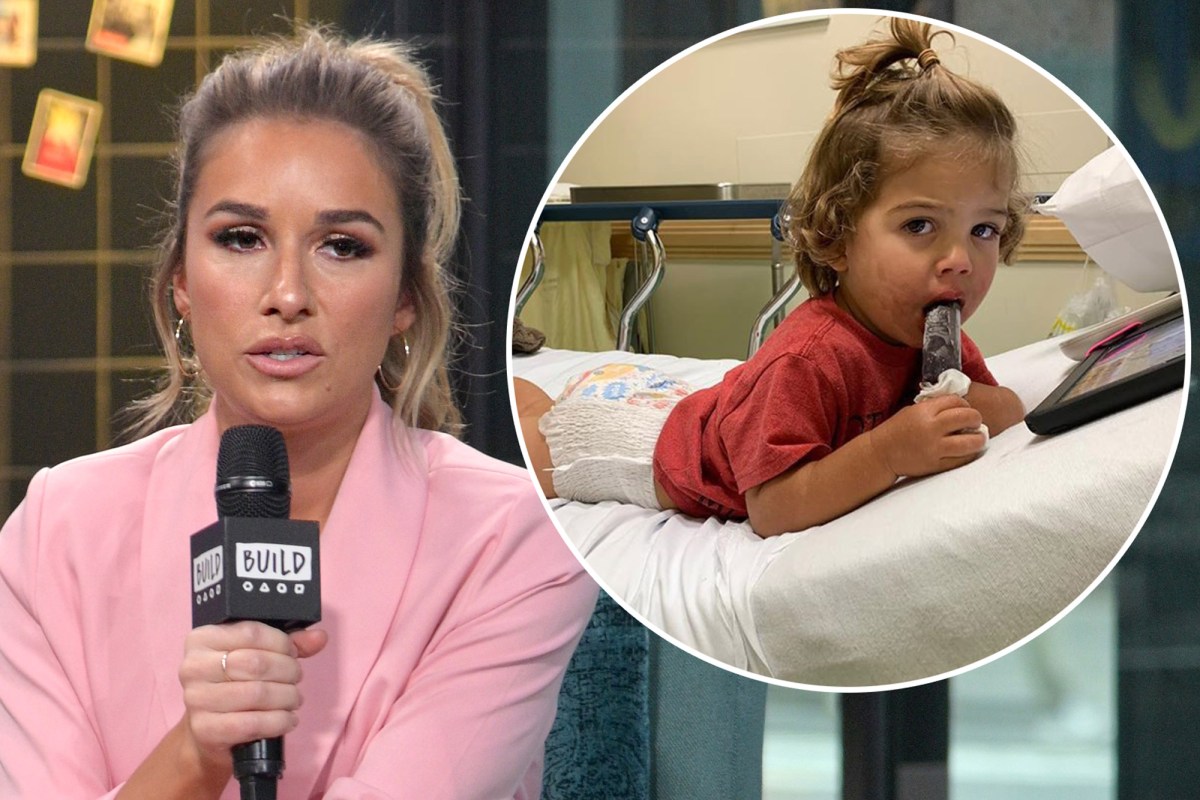 Eric and Jessie James Decker’s youngest son Forrest was recently admitted to the hospital with an infection.

“Forrest gave his hiney an insect sting and after a few days it somehow turned into a staph that turned into a boil!” Jessie, 32, revealed on Instagram on Tuesday. “It was like a golf ball, it was very hard and it hurt a lot.”

The concerned mother, who shares two other young children with Eric, posted a photo of her boy eating a popsicle in his hospital bed.

“He had a very high fever and we had to take him to the emergency room late at night,” he shared. “Obviously with Covid only I could enter with him. They had to sedate it, open it up and take everything out. ”

Jessie said her 2-year-old son handled it “like a champion” but was sad to see him suffer.

“I couldn’t believe this was happening,” he added. “It was such a weird thing. He got into an antiobiotic and that helped in a big way. “

Jessie’s representative told Page Six on Wednesday that Forrest is now out of the hospital.

“He was treated and released,” said the source. “He’s home and he’s fine.”

Former “single” Ali Fedotowsky, who is also a mother, sympathized with Jessie and commented that “having to go to the hospital with everything that happens with Covid must have been really difficult.” She added: “I’m glad it’s okay!”

Meanwhile, Eric posted a photo with Forrest on the beach and wrote: “Raaarrrrrrrrr!

Jessie and Eric were married in 2013. They also share a 6-year-old daughter, Vivianne, and a 4-year-old son, Eric II.