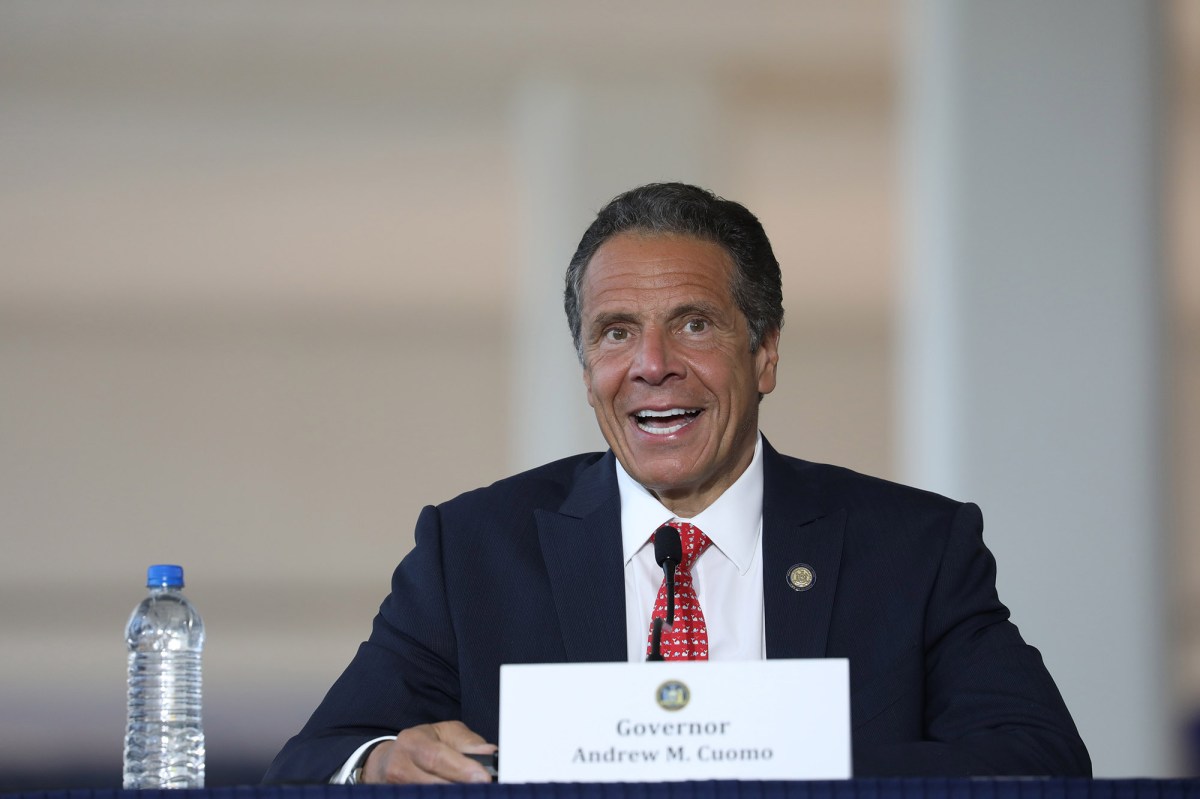 The mainstream media is sounding the alarm about coronavirus cases skyrocketing in the south and west. They are distorting the facts to cause panic, instead of reporting the whole truth.

Governor Cuomo is piling up, accusing states that have reopened of playing politics instead of acting “smart”. Sorry, but “smart” is not the word that describes your administration’s pandemic response. It caused a butchery by forcing nursing homes to receive infected patients. It also doesn’t have a good answer as to why New Yorkers, unfortunate enough to contract the virus, were more likely to survive than people in other states. The Empire State ranks 48 out of 50 states for survival rates.

Dodging responsibility for these damning events, Cuomo brags about its results and criticizes President Trump for encouraging states to reopen. Cuomo is completely wrong: The daily count of virus deaths in the United States has dropped nearly 80 percent from its peak in March.

Tellingly, people like Cuomo and his allies in the media no longer focus on death and hospitalization rates, but almost exclusively on infection rates, to build their pessimism scenarios. If infection rates soar but deaths can stay low, the case of drastic blockages like New York collapses.

It is true that in some states, including Maine, Arizona, California, Louisiana, Florida, and Texas, the number of cases is increasing. That’s in part because people are interacting again, and in part because of increased testing. But the new cases are overwhelmingly young adults with little chance of dying from the virus. In Florida, the average age of infected people dropped to 35 years last week, from 65 in March. Also in Texas, infections are affecting young adults.

Former Food and Drug Administration Commissioner Scott Gottlieb warns that young people can pass the infection on to the elderly. The sensible approach, then, is to take extra precautions to protect the elderly and health-impaired, not to shut down the economy.

But the media is determined to cause panic beyond reasonable caution. An NPR headline Monday rang: “California hits new record in COVID-19 hospitalizations.” The truth is that Governor Gavin Newsom reported a slight increase in the infection rate, to 4.8 percent of those analyzed, compared to 4.5 percent. But it is still well below the 8 percent benchmark that I would find worrying. Newsom said the hospital’s capacity remains “stable” and that the state “is much better than where we were months ago.”

That is true across the nation. Hospitals are ready for an influx of patients, and medical professionals know more. They have learned about the deadly risks of overuse of ventilators and the benefits of turning patients upside down to breathe. They also have at least one medicine, Remdesivir, to decrease the severity of the disease.

New York Times columnist Michelle Goldberg says “The United States is too broken” to fight the virus. Ridiculous. Americans who contract this virus are more likely to survive than people infected in many European countries. A COVID-19 patient in Spain or Great Britain faces twice the risk of dying and in France almost three times the risk, according to Johns Hopkins data. US Health Care USA It is outperforming that of these other countries. ‘

The evidence is mounting that even more lives could have been saved by rushing resources to nursing homes, where half the deaths occurred, and encouraging the use of masks instead of shutting down the economy.

Masks are essential. Even Texas Governor Greg Abbott has come, advising Texans to wear masks when they have to go out. A mask prevents spray drops emitted when you speak or cough from reaching everyone else.

The scarves make a fashion statement but do not protect the wearer. A cotton scarf is only 2 to 3 percent effective in blocking incoming viral droplets. A flat surgical mask blocks about 56 percent of viral drops. The hard-to-get N95 molded mask filters out 95 percent of viral particles.

New research confirms that the virus spreads in objects. In hospitals, it is transported with stethoscopes, thermometers, and blood pressure cuffs. In daily life, it can spread on elevator buttons, door knobs, and keyboards. Disinfect your hands and the objects you touch. Employers should consider antimicrobial keyboards, desks, and liners.

Facts like these, not the anti-opening hype, will keep us safe.

Betsy McCaughey is a former New York Lieutenant Governor, Chair of the Committee to Reduce Deaths from Infection and author of the upcoming book “The Next Pandemic.”