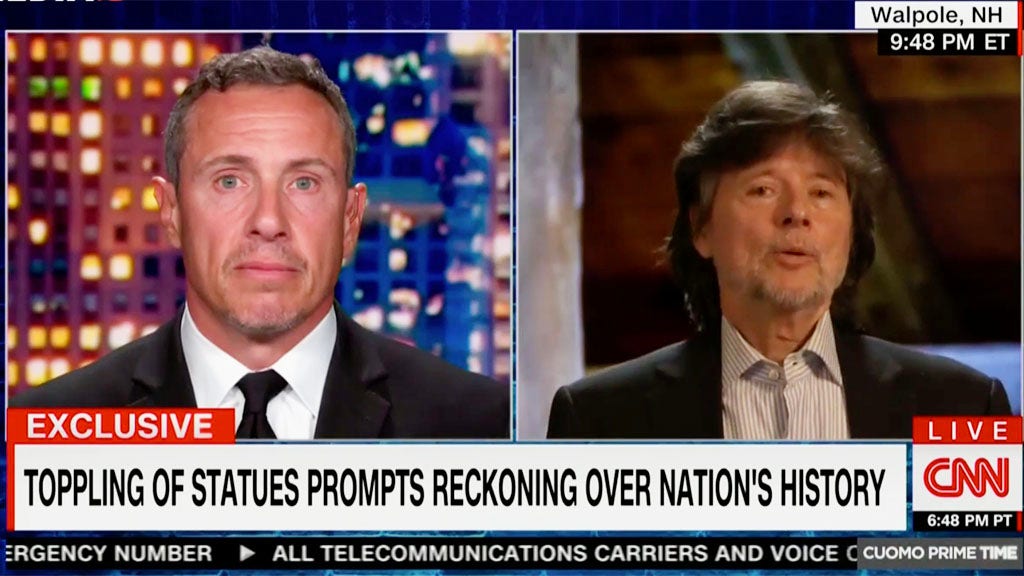 Documentary filmmaker Ken Burns said Tuesday that the statues of the Confederacy should come down because they were placed at a time when white supremacy was being “brutally re-imposed” on the former Confederacy.

Burns made the comments during an appearance on “Cuomo Prime Time” on CNN amid national protests against racial injustice and police brutality.

“I think we are in the midst of a huge reckoning at this time when anxieties, pains and torments of injustice are coming to the surface,” said the “Civil War” filmmaker. “It is very important for people like me, of my complexion, to be as quiet as possible and to listen. What I know from my reading of history is that the Confederate monuments have to go. ”

Burns noted that the statues were placed in the decades after the Civil War in reaction to the progress made by African Americans.

“They are an attempt to rewrite history and essentially celebrate a false narrative about what happened during the Civil War and send the winks, the whistles of dogs, as we like to say today, through the generations of what the war Civilian was about, “Burns said.” It is very interesting that we have this taking this argument because the people for whom we are responsible for the deaths of … yes. These are people responsible for the deaths of loyal American citizens. “