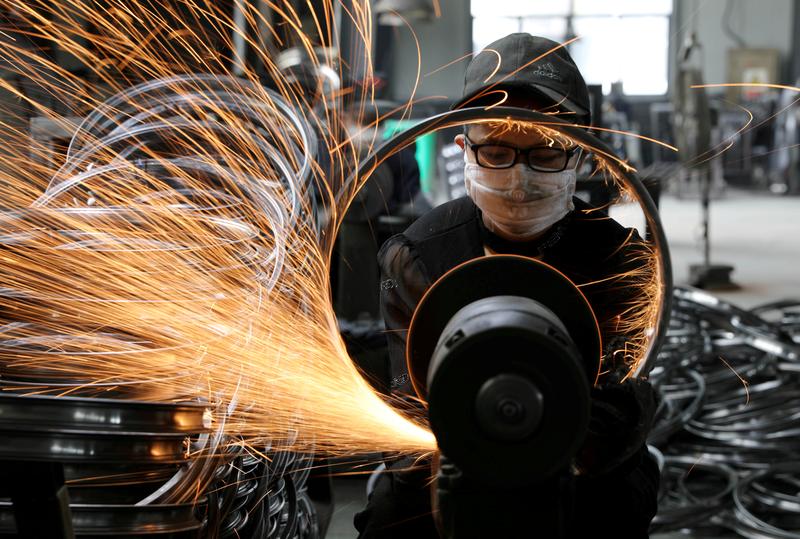 SHANGHAI (Reuters) – Profits of China’s industrial companies rose for the fourth straight month in August, driven by lower prices of goods and equipment, the Bureau of Statistics said on Sunday.

China’s recovery is accelerating due to increased demand for paint-ups, government stimulus and surprisingly resilient exports.

Which compares with a growth of 19.6% in July and is the fourth month of profit growth.

However, Washington still faces external pressure on industrial companies’ profits as growing tensions between Washington, Washington and Beijing have clouded the outlook for global trade.

According to Xu Hong, an official with the Bureau of Statistics, profits from raw material production rose .55.5 per cent in August to 1.14.7 per cent in July. He added that this was partly due to the improvement in the prices of international commodities such as crude oil and iron ore.

Meanwhile, general equipment manufacturing profits grew by 37% in August-August, while electrical machinery grew by 1% in the same period.

In August, economic indicators, from exports to producer prices and factory production, all focused on moving the industry forward.

The country has taken a number of steps to start the economy, from tax and fee reductions to grace periods, to debt relief.

Economists have warned that China’s economy could stagnate if it fails to increase value chains, as it faces increasing competition from countries with advanced technologies and low labor costs.

Officials have promised to accelerate investment in strategic industries, including the core tech sector, such as 5G, artificial intelligence and semiconductors, and accelerate new content development to ensure a stable supply chain.

In January-August Gust, industrial companies’ profits fell 4.4% to 3.72 trillion yuan a year earlier, better than 8.1% in the first seven months.

Revenue from state-owned industrial companies was 17% lower year-on-year in the first eight months of the year, compared to 23.5% in the first seven months.

Reported by Luoan Liu and Anjen Tham in Shanghai; Edited by William Mallard and Stephen Coates