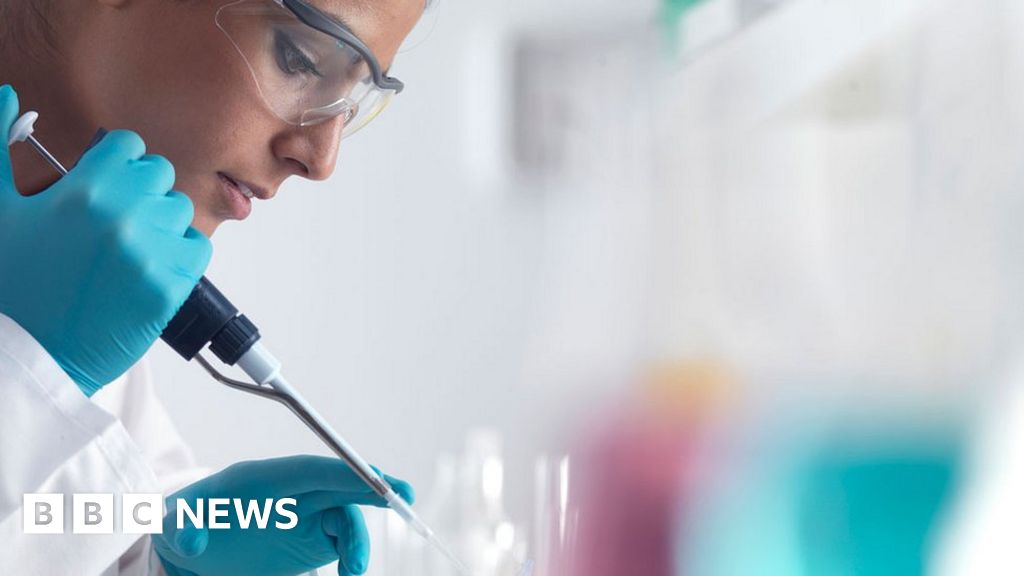 A drug that could prevent cancer cells from repairing itself has shown early signs of function.

More than half of the 40 patients who received berzosertib had their tumor growth stopped.

Berzosertib was even more effective when administered in conjunction with chemotherapy, suggested the trial by the Cancer Research Institute (ICR) and the Royal Marsden NHS Trust.

The trial was designed to assess the safety of the medicine.

The drug is the first to be tested in a new family of treatments, which blocks a protein involved in DNA repair.

Blocking this protein prevents cancers from repairing damage to their cells.

It is part of a branch of treatment known as “precision medicine,” which targets specific genes or genetic changes.

Patients with highly advanced tumors, for whom no other treatment had worked, participated in the study.

This was what is known as a “phase one” trial, which is only designed to test the safety of a treatment.

But the ICR said the researchers found some early indications that berzosertib could stop the growth of tumors.

One of the study’s authors, Professor Chris Lord, professor of cancer genomics at ICR, said these early signs were “very promising,” adding that it was unusual in phase one trials to see a clinical response.

However, more trials will be needed to demonstrate the effectiveness of the drug.

“This study involved only a small number of patients … Therefore, it is too early to consider berzosertib as a factor of change in cancer treatment,” said Dr. Darius Widera of the University of Reading.

“However, the unusually strong effects of berzosertib, especially in combination with conventional chemotherapy, give reason to be optimistic about the results of follow-up studies.”

Philip Malling, a 62-year-old man who was diagnosed with bowel cancer in 2012, enrolled in the trial after two years of unsuccessful chemotherapy.

Now he has been receiving berzosertib treatment for six years, his tumors have shrunk and his condition is stable.

“It means everything,” Malling told the BBC.

Another patient, whose ovarian cancer came back after a different course of treatment, saw her tumors shrink after combined treatment with the drug and chemotherapy.

Chemotherapy damages the DNA of cancer cells, so using it in conjunction with this new treatment, which prevents cells from repairing, appears to offer an even greater benefit.

“Our new clinical trial is the first to assess the safety of a new family of targeted cancer drugs in people, and it is encouraging to see some clinical responses even at this early stage,” said Professor Johann de Bono, chief drug officer. development at ICR and Royal Marsden.

In the future, these drugs could be used to “increase the effect of treatments such as chemotherapy” and combat resistance that could develop to other specific treatments, he added.

While the traditional approach to cancer treatment has been to categorize it by tumor site (breast cancer, lung cancer, etc.), the precision medicine approach points to genetic abnormality in the tumor, regardless of where it is found. .

Precision approaches are already used, for example, in prostate cancers to block the effect of the hormone testosterone involved in tumor growth.

If used alone, this could provide a less aggressive option than chemotherapy, which attacks cells indiscriminately.

The next test phase of berzosertib is already underway.