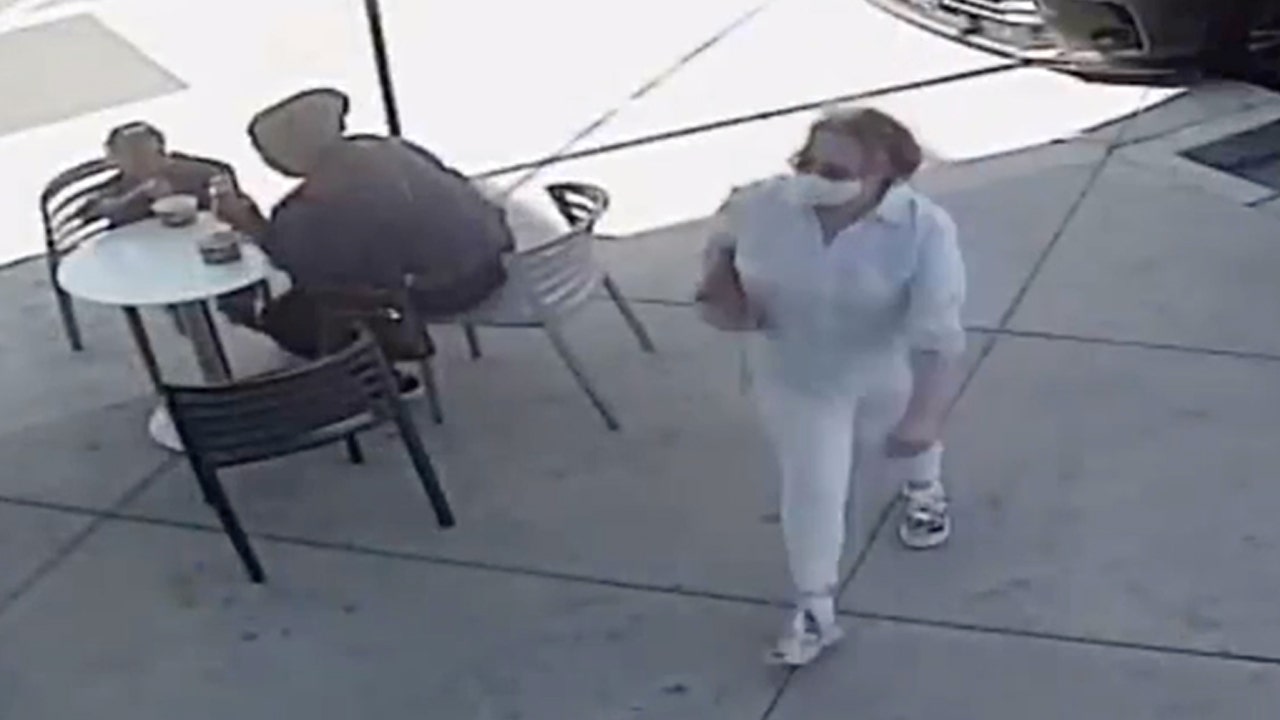 California police are searching for a woman who was seen in surveillance footage that appeared to deliberately cough into the face of a 1-year-old baby after an argument with the boy’s mother.

The incident took place on June 12 at a Yogurtland in San José, about 50 miles south of San Francisco, KTVU 2 reported.

Surveillance footage shows a white woman in her 60s standing in front of a mother and her 1-year-old son, who was in a stroller.

Police say a woman accused of coughing in the face of a 1-year-old boy is wanted on assault charges.
(San José Police Department)

At some point, the woman was upset with the mother for not maintaining social distance. She then removed the mask and coughed on the baby’s face multiple times, according to police.

The mother, Mireya Mora, told KGO-TV that she believes the incident was related to race because her family is Hispanic. The family in front of the woman was white, but she did not yell at them, Mora said.

“[S]He started talking to me about my distance and harassing me and my son once I started to speak Spanish with my grandmother, “Mora told the station.

Mora said her son developed a mild fever after that incident, but has since recovered.

“I can’t believe someone has a heart to do this, and why?” Mora told KNTV. “My son did nothing wrong?”