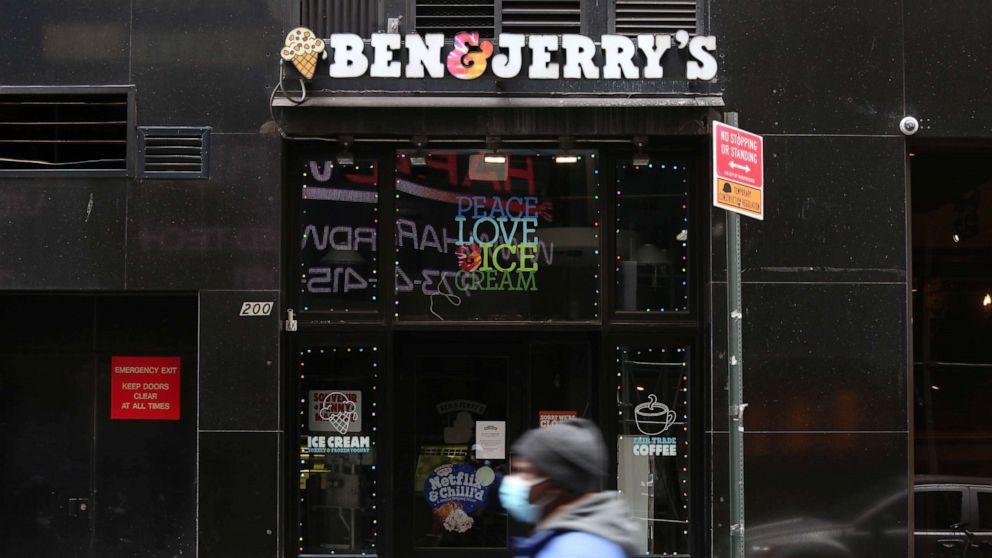 Iconic ice cream brand Ben & Jerry’s became the latest company to join the growing boycott of Facebook and Instagram ads at the behest of NAACP and other civil rights advocacy groups.

“Ben & Jerry’s is with our friends at NAACP and Color of Change, ADL, and all who ask that Facebook take more vigorous action to prevent their platforms from being used to divide our nation, suppress voters, encourage and fan the flames of racism and violence, and undermine our democracy, “the company said in a statement Tuesday.

“Beginning July 1, we will stop all paid advertising on Facebook and Instagram in the United States as part of #StopHateForProfit,” the statement added. “We call on Facebook, Inc. to take the clear and unequivocal actions requested by the campaign to prevent its platform from being used to spread and amplify racism and hatred.”

Last week, a coalition of advocacy groups led by NAACP, Colors of Change and the Anti-Defamation League (ADL) launched the #StopHateforProfit campaign, calling on corporations to stop advertising on Facebook during the month of July.

The campaign comes as the nation has been rocked by protests over the murder of George Floyd, and American companies have faced immense pressure to reaffirm their commitment to racial justice initiatives through action, not just words.

“The campaign is a response to Facebook’s long history of allowing verifiable, violent, racist content to be false on its platform,” the groups said in a joint statement. “The campaign will organize corporate and public pressure to demand that Facebook stop generating advertising revenue from hateful content, provide more support to people who are the targets of racism and hatred, and to increase the security of private groups on the platform, among other measures. ”

The organizations accused Facebook of allowing incitement to violence against protesters fighting for racial justice, silencing black users on the platform and failing to protect them from online threats, as well as allowing the platform to be used as part of “widespread voter crackdown efforts, using disinformation directed at black voters”.

“Facebook is unwilling to take significant steps to remove political propaganda from its platform,” Derrick Johnson, NAACP president and CEO, said in a statement.

“It is clear that Facebook and its CEO, Mark Zuckerberg, are no longer simply negligent, but actually accommodating in spreading misinformation, despite irreversible damage to our democracy,” added Johnson. “Such actions will alter the integrity of our elections as we get closer to 2020. We will not defend it. While we recognize the value Facebook provides by connecting people of color to each other, we question a platform that benefits from suppressing black votes. or black voices. “

Ben & Jerry’s is the latest company to join a growing number of brands that boycotted Facebook ads in July. Outdoor brands REI, The North Face and Patagonia affirmed their commitments to the #StopHateForProfit campaign through social media.

“For 82 years, we have put people above profit. We are removing all Facebook / Instagram advertising for the month of July,” REI said in a tweet last Friday, using the hashtag #StopHateForProfit.

The North Face wrote on Twitter: “We’re in. We’re out @Facebook,” along with the hashtag and a link to Stop Hate for Profit.

Patagonia shared a Twitter thread on Sunday, saying it will pull all the ads on Facebook and Instagram until at least the end of July, “pending significant action from the social media giant.”

“For too long, Facebook has not taken sufficient steps to stop the spread of hateful lies and dangerous propaganda on its platform,” Cory Bayers, Patagonia’s chief marketing officer, wrote in his official Twitter identifier. “From secure elections to a global pandemic to racial justice, there is much at stake to sit back and let the company continue to be complicit in spreading disinformation and fostering fear and hatred.”

Facebook responded to the campaign by saying that it remains focused on the work of removing hate speech and providing voting information.

“We respect the decision of any brand, and remain focused on the important work of eliminating hate speech and providing critical voting information,” Carolyn Everson, vice president of Facebook’s global business group, told ABC News in a statement on Wednesday.

“Our conversations with marketers and civil rights organizations discuss how together we can be a force for good,” he added.

Facebook noted that it has made significant improvements in its work to eliminate hate speech, noting that it evaluates notifications in less than 24 hours in more than 95% of cases.