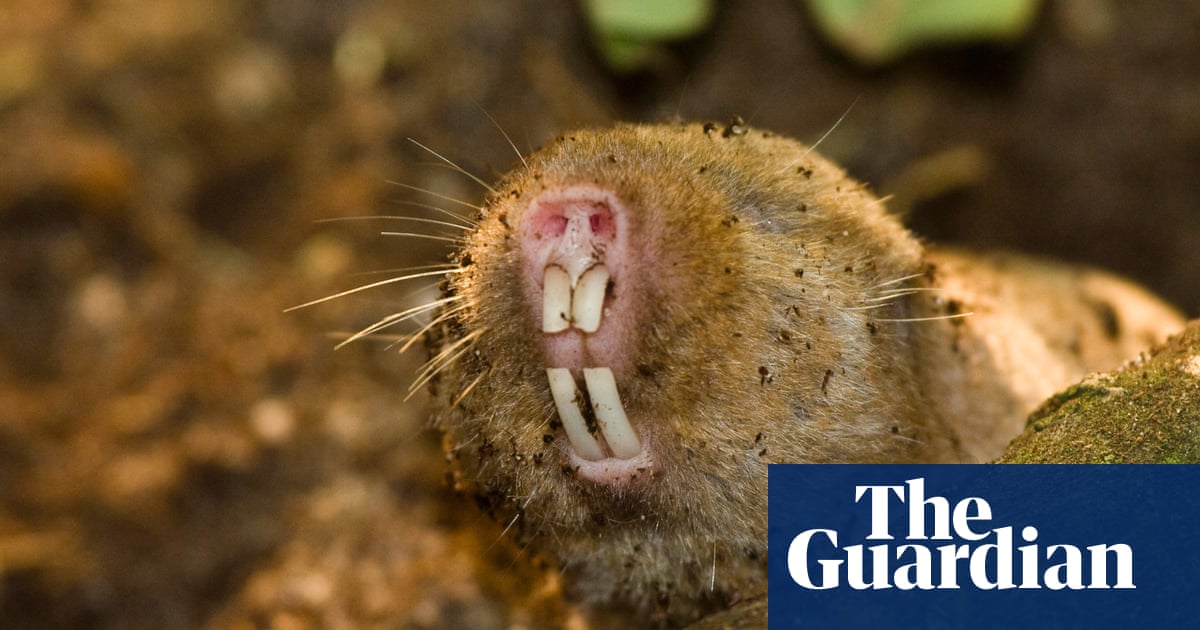 A study has found that blind-close, underground-boring, African ace mole-rats can sense magnetic fields with their eyes.

A native of Zambia, it has animal eyes measuring only 1.5 mm in diameter, extending up to 1.7 miles (2.8 km) in extended underground tunnel systems and feeding on plant tubers and roots.

Unsell’s mole-rat eyes are barely functioning. They cannot see color or create sharp images, and their main function is to distinguish between light and dark.

In general, animals show an innate preference for building structures in the south-east area of ​​the circular arena, while other mole-rats prefer different directions.

Researchers at the University of Duisburg-Essen, Germany, surgically removed the eyes of a group of mole-rats to establish how they targeted themselves.

Initially, they tested six mole-rat pairs, which found that they chose the south-east for the construction of the structure before surgery, but the activity was random after the surgery. These results indicate that the rats’ magnetic field was weak after surgery, but did not rule out other factors, including topography.

The second experiment then compared 10 mole-rats with 10 from a control group with surgically removed eyes. The researchers attempted four magnetic field alignments – one in the control group went south-east, while the other group was not partial in that direction.

Critically, the mole-rats after surgery did not exhibit any other behavioral changes, scientists wrote in the Royal Society Interface Journal.

Magnetore reception, the ability to perceive a magnetic field, has been shown in a range of animals, but the structure and location of magnetore receptor cells are unclear.

Previous research has also suggested that the eyes of these mole-rats should be able to detect magnetic signals. In one experiment, when a local anesthetic was applied to the cornea of ​​a mole-rat’s eye, they lost the ability to lose their direction. There were some shortcomings in this approach, says Kai Kupper, author of the new study, as the drug can also block blood-brain barriers and have a cascading effect on the nervous system.

The receptor in question did not appear to be located in a spatial position – any organ could do the trick, Caspar said, adding that blind mole-rats retained their ability to detect magnetic signals. “We still don’t know why the unsalted mole-rats keep their eyes peeled. The magnet ception reception doesn’t seem to be the answer. “