Around 7K people sign the ReOpenNC petition against the state mask mandate :: WRAL.com 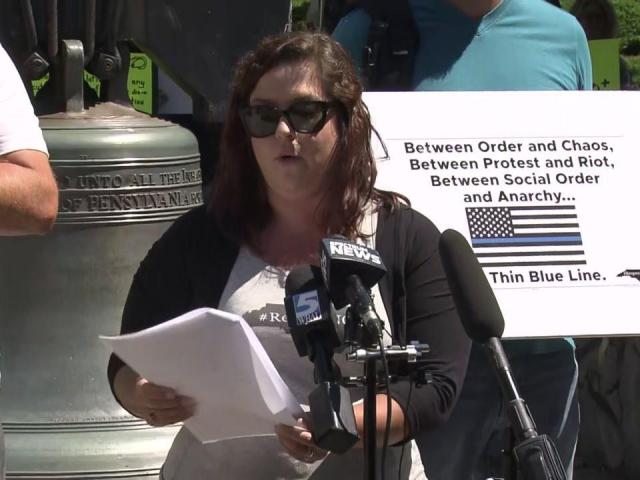 The statewide mandate takes effect at 5 p.m. Exceptions are made for anyone with a condition that would be exacerbated by the covering of the face.

Ashley Smith, the group’s leader, said she does not take the governor or the numbers of coronaviruses out of the state seriously.

“The time has come to reopen the state. People are suffering,” Smith said. She said the economy and small businesses are struggling during the coronavirus, calling the closure a “failed social experiment.”

More than 6,000 people have signed a ReOpenNC petition against the state mask mandate, and Smith said the signatures are still “coming.” The group personally delivered its petition to the office of the Speaker of the North Carolina House of Representatives, Tim Moore, according to Smith.

During delivery, Smith said the group stopped to sing The Star-Spangled Banner in the halls of the North Carolina General Assembly.

Smith said he believes that wearing a mask should be an individual choice, not a mandate of the law. Smith believes that people will make good decisions on their own that will benefit the public. He also added that he would not wear a mask, for medical reasons.

The constitution, according to Smith, prevails over public safety regulations. “Living is taking risks,” he said at the press conference.

Smith is encouraging business owners to post signs stating that masks are required, but for those signs to say, “According to the ADA, we will assume that if you are not wearing a mask, you have a medical condition that would exempt you.” to avoid fulfilling the state mandate.

In the medical community, however, masks are not up for debate. There is overwhelming evidence to suggest that wearing a face mask can protect yourself and others from the virus. For example, Virginia has seen a steady decrease in cases after masks were required in mid-May.

A model from the University of Washington estimates that, by October 1, more than 179,000 people in the US will die from COVID-19. But, if 95% of Americans wear masks, the researchers estimate there could be 34,000 fewer deaths.

The Centers for Disease Control and Prevention recommends wearing a mask in public places where it is difficult to stay 6 feet away from people, such as supermarkets, pharmacies, and other community-transmitted areas.