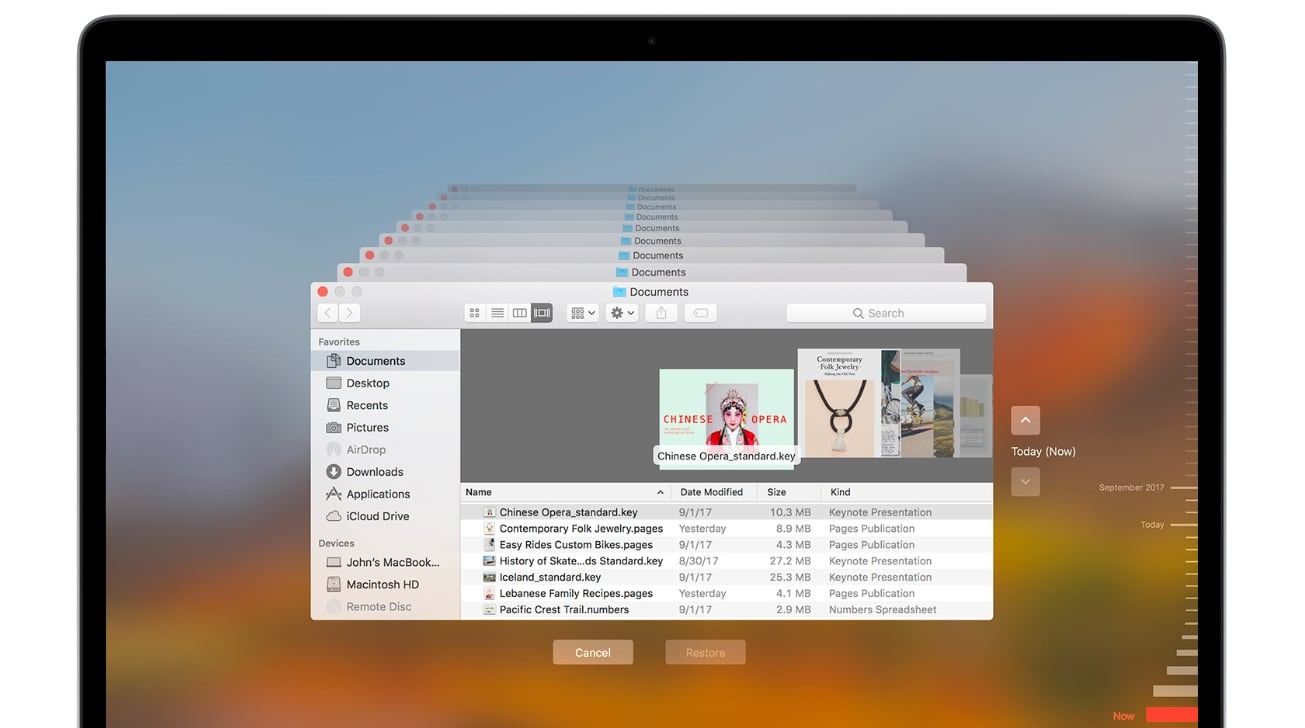 Apple is increasing its support for APFS on its computing platforms, providing the ability to use Time Machine with an APFS formatted disk for macOS Big Sur, while allowing the ability to view external drives using APFS encrypted on iOS and iPadOS 14.

Introduced in 2016, APFS is Apple’s forward-looking file system that it uses in virtually its entire device ecosystem. With the introduction of macOS Big Sur, iOS 14, and iPadOS 14, Apple will make it even more useful to users, by adding support for APFS in some new areas.

In macOS Big Sur, Apple finally offers the ability to use an APFS format drive with Time Machine, 9to5Mac reports. With macOS Catalina and earlier versions, users could back up to an HFS + formatted disk but not an APFS formatted version, with macOS offering to reformat the drive to HFS +.

Under Big Sur, users will be able to directly back up to an APFS formatted drive, eliminating the need to reformat the disks.

When connecting an encrypted APFS drive to iOS 14 or iPadOS 14, the drive will appear in the updated sidebar, with a selection of the drive displaying a password prompt to decrypt it.

Additional support for encrypted drives will only work for APFS-formatted drives, which may still be a limiting factor for some users in a cross-platform environment.