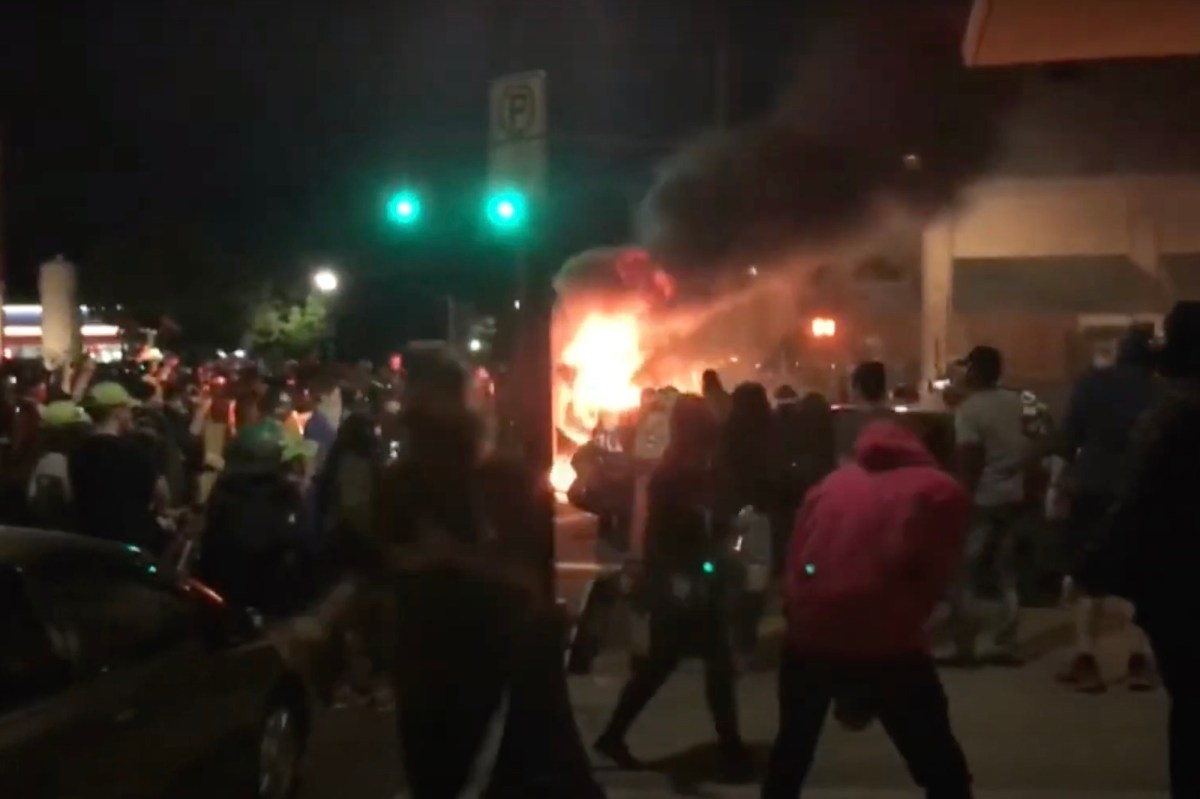 He said the militants “tried to establish an autonomous zone outside” the North Campus in the city and “then started street fires.”

Other images showed people chanting “There are no good cops in a racist system” while watching a large fire nearby.

The rioters were “throwing things into the street fire to make it grow,” Ngô tweeted, saying the police simply “step back and watch from a distance.”

“The protesters have a big banner that says, ‘Every city, every town, burn the compound to the ground,'” he revealed.

The compound was also covered in graffiti, with a large BLM, for Black Lives Matter, as well as numerous expletives and “Murders of murderous police”, according to other images on social networks.

A day followed of what were supposed to be peaceful protests across the city, Oregon Live said.

Police warned people to avoid the area, confirming the fires and looting.

“Arrests have been made. Officers are now securing businesses that were vandalized and looted in the King neighborhood, ”the force tweeted early Friday.