‘All I can say’: the life and death of a rock star, in his own words 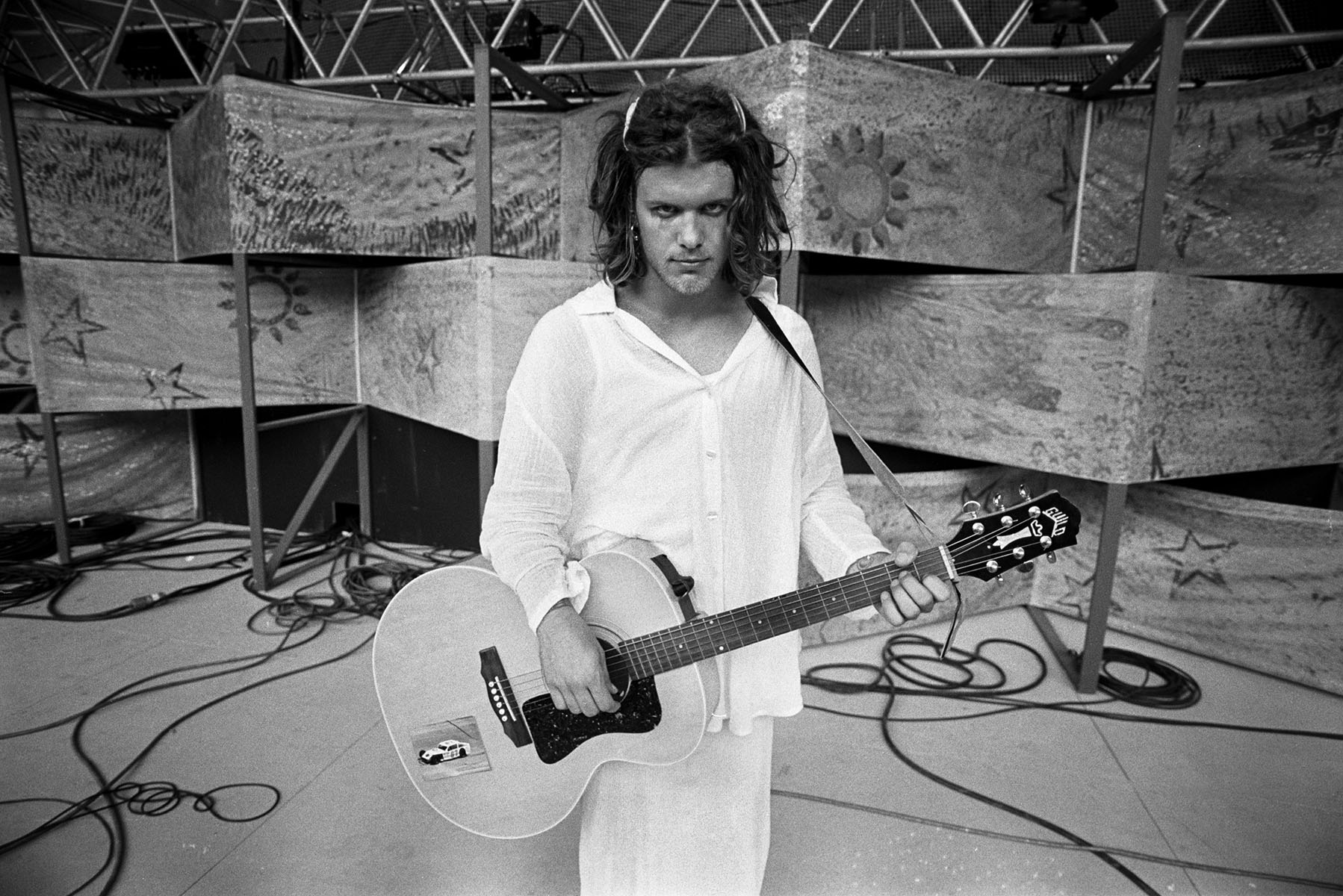 In 1990 Richard Shannon Hoon began filming himself. It looks like it could be any young time-killer guy in Lafayette, Indiana: upside-down baseball cap, sandy blonde stubble, a slight hint of a southern flair, across the entire United States of the early 1990s, in other words. Hoon has a girlfriend named Lisa, a high school high school image, a love of marijuana, a police record, and a palpable sense of unease that he jokes “all that sweet Midwestern shit.” He also has an amazing voice, that the 23-year-old hopes could bring him fame and fortune once he moves to Los Angeles (a local friend of his sister moved a few years ago, and things turned out pretty well) for him, his name was Axl Rose).

So Hoon takes him to Hollywood, USA, he ends up doing backing vocals for Guns ‘n’ Roses ‘Don’t Cry’, that’s him singing behind Rose in the video, and he joins the new angelic musicians / Brad Smith and Roger Stevens Once two other recent Los Angeles transplants, Chris Thorn and Glen Graham, join the fold, Hoon finds himself leading a gang. They call themselves Blind Melon. They play some shows, a lawyer listens to their demo, they get a record deal. In Seattle, where the group is setting tracks for their first self-titled album, Hoon has the camera working when he enters a dimly lit voice booth. Music can be faintly heard coming out of your headphones. He shakes his head a little and then opens his mouth: “All I can say is that my life is pretty simple …”

We know what happens next. We know where the story ends. And it’s that feeling of seeing a car speeding down the road, with everyone laughing happily and not realizing that the fork turns a few miles ahead, which hangs heavily All i can say. Even the most innocuous moments in Shannon Hoon’s life, captured hundreds of pixels per second, now feel heavy. But because the singer was a compulsive camcorder author, and directors Danny Clinch, Taryn Gould, and Colleen Hennessy had the tenacity to dig through hundreds of hours of filming he recorded, we can see many of the ups and downs, the band. marriage and historical shows, and the aftermath of the weekends lost ourselves. Suddenly, a rock victim story is personalized in a way that feels painfully intimate. These are just home movies, you think. Then this music document ties them together and makes you feel like it’s not just home movies. He turns them into a first-hand portrait of fame, making someone’s dreams come true, and then head fucking.

Whether or not you’re a fan of the band doesn’t really matter, though devotees (Melonheads?) Will be delighted to see Hoon recording the now-familiar “No Rain” opening lines. They will be able to watch the filming of the video for that song, see Blind Melon’s one-year debut in platinum thanks to MTV’s strong rotation, and see the quintet hit the trifecta of having a Top 10 single, playing SNL and get your own Rolling Stone cover story. (Hoon keeps the camera on as the band discusses the request to feature the singer in front of the magazine, which ultimately led to an all-or-nothing counteroffer and this iconic full front image.) Short snippets of the group playing at club shows and Hoon, made like a beatific flower boy, dressed in a pin, eyeliner, and leading an enthusiastic rendition of “Soup” in Woodstock ’94, reminds you that he was a born leader.

However, those happy moments behind the scenes and the footnotes of music history are not what they do. All i can say A compelling documentary. It’s easy to become callous by reading endless stories of live tragedies, dying and dying, or listening to artists romantically mythologize how hard rock led to rock bottom. But there is something about watching Hoon document his full 360-degree experience in such a disinterested and unfiltered way that it is disarming. The hobby works in their favor. So does its openness. It’s not just the shotgun of his earliest brass ring dreams, seeing him gulp champagne at a contract signing on Capitol Records and get a second-hand buzz from Hoon describing Neil Young playing “Helpless” 20 feet away from he. The movie lets you see him talk about the need to be sober, and then crawl in front of his first broken hotel mirror. It’s about tantrums and endless walks, rehabilitation and relapse and not being able to say no.

It is to see the disappointment of stardom psychically closing someone, piece by piece, before your eyes. Hoon getting naked in front of 50,000 people on stage? Effortless great. The effect of glancing at your most vulnerable and emotionally naked person through this visual diary? That’s awkward, heartbreaking, and sometimes chilling, even when you forget that timestamps double as countdowns. It’s also remarkably humanizing, and at least the posthumous self-portrait allows the guy who unintentionally became a martyr to alternative music to back off in the background and allows the guy who hit “Play” to jump into the spotlight. It says something about the trio of directors (Hoon is also credited) who put this together when we finally got to the scenes of the singer with his newborn daughter, he doesn’t feel milked in the name of doing the last act. most tragic: they know it’s tragic enough. And when we get to Hoon with the camera rolling as he lies on a New Orleans bed, literally hours before he is found unanswered on the band’s tour bus, it doesn’t feel horrible. It seems that we have walked a lot and hard in his shoes and we have reached the end too soon.