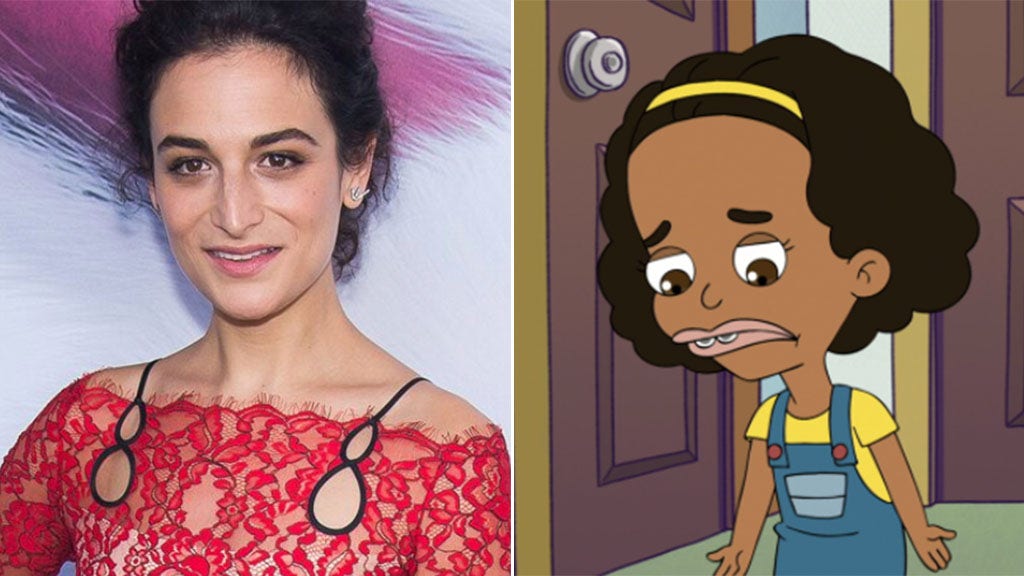 Actress Jenny Slate announced Wednesday that she would no longer be voicing a biracial character in the Netflix animated series “Big Mouth.”

Released in 2017, “Big Mouth” is about a group of teenagers and their satirical journey through puberty. One of those characters is Missy, a biracial girl.

Slate, who is white, took to Instagram and determined that, in light of the cultural change that followed the death of George Floyd, she is no longer able to express her voice.

JIMMY KIMMEL FACES BLACKFACE SETTLEMENT FOR CONTROVERSY IN ‘NO APOLOGY’

“Today I have made the decision that I can no longer play the character of ‘Missy’ on the animated television show ‘Big Mouth’,” Slate began. “At the beginning of the show, I reasoned to myself that it was permissible for me to play ‘Missy’ because her mother is Jewish and white, like me. But ‘Missy’ is also black and black characters in an anime. The show must be performed by black people. I acknowledge that my original reasoning was flawed, that it is an example of white privilege and unfair rights made within a system of social white supremacy, and that in me playing ‘Missy’, I was participating in one of blacking out. “

The comedy actress called her retirement from the role a step “in the process of uncovering racism in my actions throughout my life” and acknowledged that she has made mistakes in the past but “can take responsibility for my choices” in the future. .

“I will continue to engage in meaningful anti-racist action, be thoughtful about the messages in my work, be curious and open to feedback, and do my best to take responsibility for the ways that I am part of the problem,” the board swore. “Most importantly, however, to anyone who has hurt: I’m so sorry. Black voices must be heard. Black Lives Matter.”

“We are proud of the portrayal Missy has offered to sensitive, brain-colored women, and we plan to continue that portrayal and further grow Missy’s character as we choose a new black actor to portray her,” they wrote.

Slate has appeared on-screen in “Parks and Recreation”, “Saturday Night Live” and in the 2014 film “Obvious Child”. She is best known for her voice work on other animated shows like “Bob’s Burgers” and “Muppet Babies”, as well as animated movies like “Zootopia”, “Despicable Me 3” and the “The Secret Life of Pets” franchise.

It was similarly announced Wednesday that Kristen Bell would no longer play the mixed-race character Molly in the Apple + animated series “Central Park.”