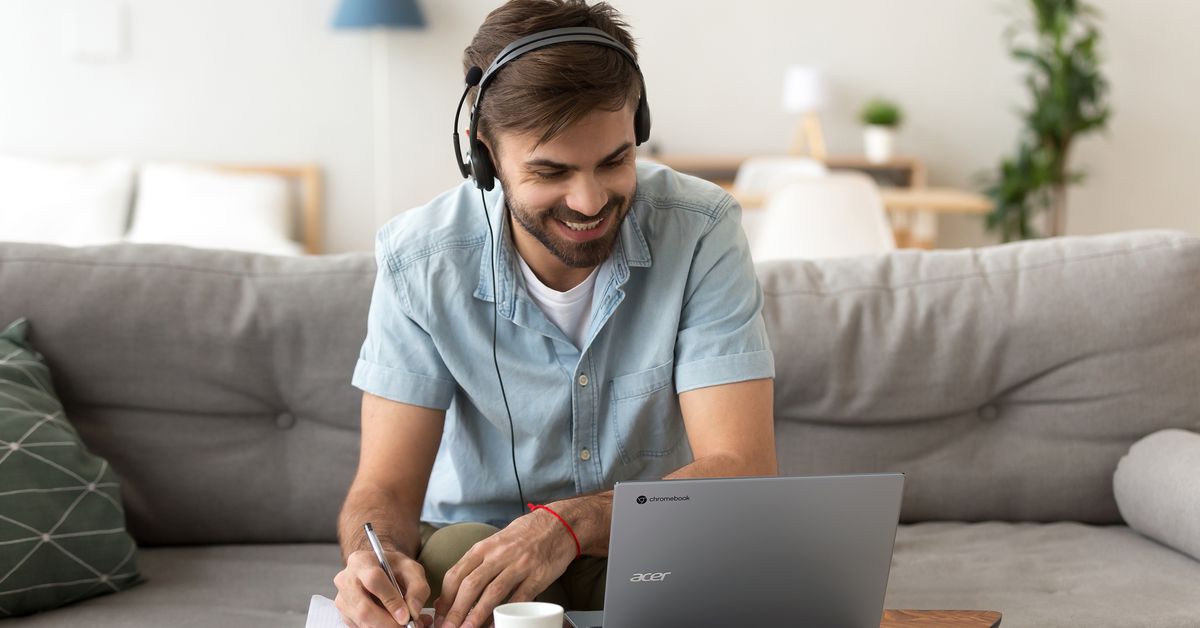 Acer today announced its newest Chromebook, the Chromebook Spin 713, which is verified as part of Intel’s Project Athena program.

The Chromebook Spin 713 will contain 10th generation Intel processors, up to 16GB of RAM (DDR4) and a 256GB SSD. Acer says it can wait 10 hours of using the device’s fast-charging battery.

The Chromebook also has a 13.5-inch screen with a 3: 2 aspect ratio, 2256 x 1504 resolution. The 3: 2 aspect ratio provides more vertical space on the screen than the more common 16: 9 panels, which reduces the need to get away and get around.

The aluminum chassis is strong enough to withstand drops of up to 48 inches and withstand up to 132 pounds of force, according to Acer. It’s 3.02 pounds, which means it’s not the lightest Chromebook, but it’s still decently portable. And the 360-degree hinge allows you to use the device as a laptop, tablet, display, or tent, depending on your space and needs.

The Spin 713 will be available in North America in July starting at $ 629, and the Enterprise Spin 713 will launch in August starting at $ 1,099. The Chromebook to beat in that price range is the $ 569 Asus Chromebook Flip C434, which offers a 14-inch screen in a body close to the size of most 13-inch models. The C434 also has a 360 degree hinge and a similar premium and elegant look. It has been praised by many means (including The edge) like the best Chromebook you can buy. However, that product came out last year, so it doesn’t have the newer Intel processors. Once we have tested the Spin 713 for ourselves, we will have a better idea of ​​the huge difference the new chips make when it comes to performance.

Additionally, Acer announced its budget-oriented Chromebook Spin 311, an 11-inch device aimed primarily at children and students. The Spin 311 is powered by the Mediatek MT8183 tablet-grade processor. The Spin 311 is smaller than the Spin 713, at just 2.2 pounds, and Acer promises a 12-hour battery life.