A councilman is accused of organized crime, and we just yawn 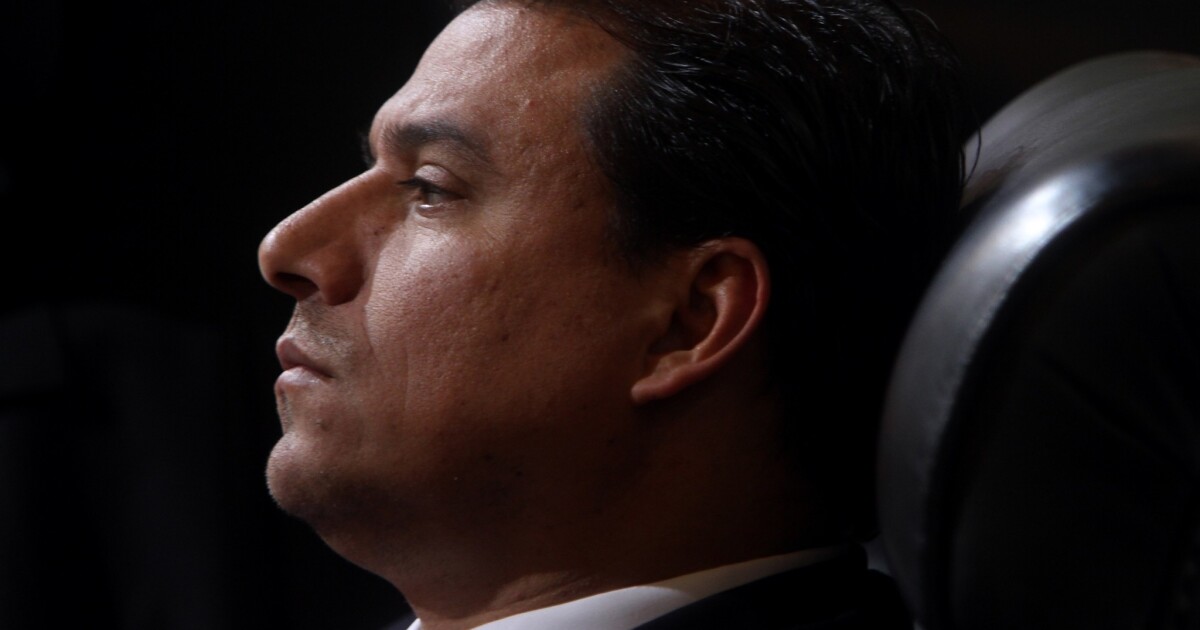 How did we get to a point in Los Angeles where the arrest of a city councilman is not surprising, but also anticlimactic?

Councilman José Huizar, once a rising political star, crashed and burned Tuesday morning when he was arrested on the federal extortion charge, accused of running “a criminal company that used his powerful position at City Hall to solicit and accept lucrative bribes and other financial matters. ” benefits to enrich yourself and your close associates. “

Ho-hum and what else is new, right?

If you keep score at home, this turns two fallen heroes in just three months at City Hall. Councilman Mitch Englander has already agreed to plead guilty to the corruption charges after receiving cash and other favors that included a trip to Las Vegas, where he filled his pockets and ruined his name.

Can you imagine an easier job than being a federal investigator assigned to the Los Angeles City Hall, where the pay-per-play culture has been ingrained for years? I mean, you don’t even have to bait the hook to roll the lunkers, left and right. As US attorney in Los Angeles Nick Hanna said Tuesday about the building that houses our city government: “Unfortunately, its great exterior has hidden cancer.”

The most surprising thing about all of this is that the alleged criminals could have functioned quite well without breaking the law. The rules of doing business at City Hall and donating to candidates are so notoriously harmless in Los Angeles, there is little need to become dishonest.

Asking for the favor is legal. Donating directly to a candidate or fund or having the candidate associate is simple. The reforms recently proposed by Councilor David Ryu were pecked by the piranhas of the City Council until they were practically useless.

I once saw Huizar at Philippe’s house and he greeted me. I mentioned to him that I had just received an invitation to a fundraising campaign for him sponsored by a developer attorney who did business with the Council. He didn’t seem to find anything remarkable in all that comfort.

That’s the story at City Hall, and when my former colleague Bill Boyarsky was on the city’s Ethics Commission in the early 2000s, he was so frustrated with resistance to reform that he became cynical about the possibility that Things will change.

“The problem at City Hall is that the whole attitude is that it’s a club, with developers primarily as the biggest power,” said Boyarsky, who was an editor and columnist for The Times before serving on the ethics panel. “They have the most money at stake because they’re building things, so it’s a combination of developers and construction trades, and they’re very skilled lobbyists.”

Boyarsky said he was appointed to the commission by then-City Controller Laura Chick, who asked him to raise an uproar. That was simply not possible, he said, because any serious attempt at serious reform was rejected by those whose mission was to protect entrenched culture.

The reform proposals that came out of the panel were sent to the City Council’s rules committee, which was sometimes chaired by then-councilman and current mayor Eric Garcetti. Boyarsky called that committee the “graveyard” of all good reform ideas.

Boyarsky said he remains cynical about the possibility of real reform. When I asked him what he thought might work best, he said “arrest people.” Okay, now the feds are trying.

There is something else or two that might work, too. The land use decision-making system is an invitation to corruption. What can be built here or there is often a subjective decision. Developers are constantly looking for variations and exceptions, knowing that if they can persuade a single councilor to endorse a project, other council members are likely to resign.

It is a culture of you scratching your back, I will scratch yours. And in the Englander and Huizar cases, prosecutors allege, the developers beat councilmen with what were essentially sacks of money.

And speaking of culture, Garcetti and the president of the Council, Nury Martínez, were as quiet as mice while the rats played. No one faces anyone else at City Hall, even when reprimands are most necessary. The code of silence is rarely broken, and at least the city leaders who are worth their wages should have spearheaded the call for campaign finance and land use reforms to avoid the embarrassing debacles we are seeing now. .

It has been known for months that Huizar was falling. His office and home were raided by authorities in 2018. A former aide, a political fundraiser, and a real estate consultant felt the heat and reached guilty settlements with the government.

Huizar is accused of a blatant plan that was equivalent to sticking his nose at taxpayers. The allegations force him to criticize real estate developers for cash bribes and campaign donations in exchange for their help in driving high-rise projects. The lubrication allegedly included free air travel and high-end meals, as well as poker chips.

But he doesn’t seem to have played his hand that well.

And for once, taxpayers have a royal flush.