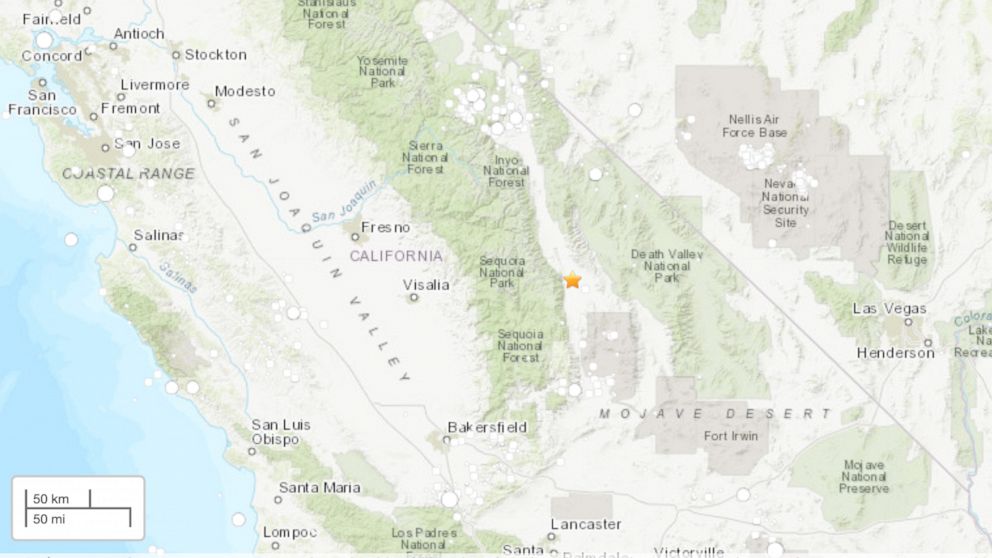 The epicenter was near Cartoga, about 180 miles north of Los Angeles.

A 5.8 magnitude earthquake struck California around 10:45 am local time on Wednesday.

The epicenter was near Cartoga, about 180 miles north of Los Angeles.

People at various businesses near Lone Pine and Bishop told ABC News that although the shaking was “intense,” they saw no harm.

Some tremor was felt in Los Angeles.

This occurs a day after a magnitude 7.4 earthquake struck Mexico near the Huatulco resort, killing at least six people and damaging hundreds of homes, according to The Associated Press. At least six other people were injured, including two people in Mexico City, more than 300 miles from the epicenter.