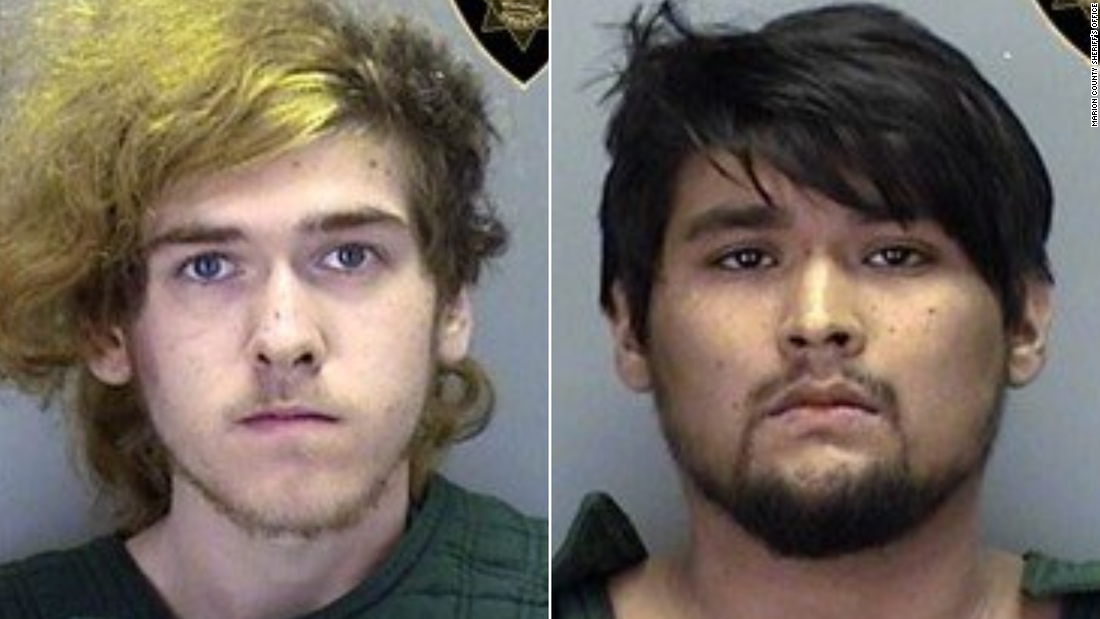 John Michael Legg, 19, and Frederic Allen Rogers, 22, were part of a club called Seven Deadly Sins, and they killed the victims earlier this month near Huntsville following a dispute within that club, investigators said in Alabama.

They are awaiting extradition hearings, police said. Whether they have lawyers was not immediately clear.

The couple was captured Sunday “without incident” during a traffic stop, Marion County, Oregon, said in a press release. Alabama sheriff’s officials, in cooperation with the FBI, had followed the two suspects for several days and knew they both had relatives in Oregon, the agency said.

The victims were found shot dead inside a house that had been burned down, Puckett’s office said. Three of them were believed to be members of the club.

One of the victims was a girl, the sheriff said.