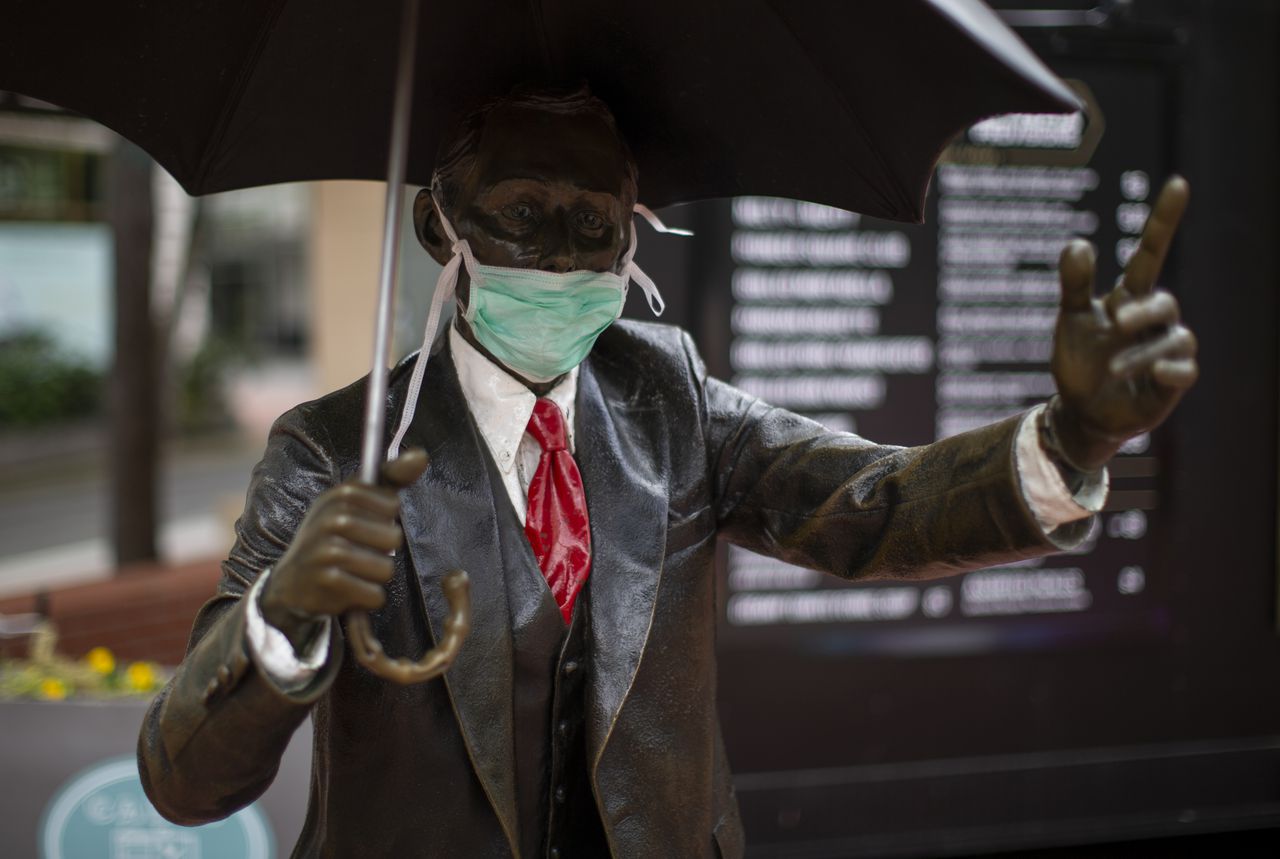 The state reported 191 new cases of COVID-19 on Tuesday, with a total of 7,274 confirmed or suspected cases of the new coronavirus, and 192 deaths in Oregon.

Oregon Health Authority officials have said they are concerned about the high number in recent weeks. Before June 7, the state had never seen a day with more than 100 new infections since the COVID-19 crisis began. But in 15 of the last 17 days since then, more than 100 new cases have been reported daily. On two of those days, the numbers topped 200.

More than a third of the state’s cases have been reported since June 7. A report released Friday showed that the increase in numbers is not just due to more tests – the virus is also spreading more.

The state also reported an outbreak of 37 cases of COVID-19 in Lamb Weston, a food processor serving restaurants and retailers based in Umatilla County. Health officials, who began investigating the outbreak on June 16, reported that the positive cases include anyone linked to the outbreak, which may include members of the household of Lamb Weston employees and their close contacts.

County Case Totals: Three counties, Multnomah, Marion, and Washington, have more than 1,000 known cases of coronavirus each. Nine other counties, Clackamas, Deschutes, Lane, Lincoln, Linn, Polk, Umatilla, Union and, as of Monday, Yamhill, have reported at least 100 cases of coronavirus. Gilliam and Wheeler have not identified any.

Oregon’s Latino population has been disproportionately affected by the coronavirus. Latinos represent 13% of the state’s population, but represent at least 35% of all positive cases, according to the most recent data available.

Body count: At least 192 people are known to have died from COVID-19. They are from 15 counties: 68 people from Multnomah, 35 from Marion, 23 from Clackamas, 20 from Washington, 12 from Polk, nine from Linn, eight from Yamhill, five from Benton, four from Umatilla, three from Lane and one each from Josephine, Lincoln, Malheur, Morrow and Wasco.

Their ages ranged from 36 to 100 years old. Among them, 110 men and 82 women have died. All but five had underlying medical conditions.

Care homes for the elderly: Six out of 10 of all coronavirus deaths in Oregon, 107, are associated with a care facility, according to the latest state data released last week. COVID-19 has been contracted by more than 700 nursing home residents, staff, close contacts, and others related to at least 84 nursing, retirement, and nursing homes. A home care worker has died.

Sprouts: The largest outbreak in the state has been at Union County Pentecostal Lighthouse Church, where it is linked to 236 infections, as of last week.

At least 980 coronavirus infections, or nearly 16% of all cases, are related to workplace outbreaks identified by the Oregon Health Authority. Among them: the Oregon State Penitentiary in Salem (176), Pacific Seafood in Newport (145) and Duckwall Fruit in Hood River (61).

Coronavirus Map: Tracking New Cases in Oregon and the US USA

Tests: More people than ever before are being tested for the virus in Oregon. They were 24,708 between June 8 and 14.

But the proportion of tests that test positive is growing significantly faster than tests. That led to state officials in a report released Friday to conclude that the disease is spreading further.

For the week ending Friday, June 19, the percentage of positive tests was 4.1%. That’s more than double the positive test rate of 1.6% for the week of May 16-22, the first week after many parts of Oregon began reopening. Public health officials believe that the reopening has accelerated the spread of the disease.

This chart from the Oregon Health Authority shows that the percentage of positive test results has increased.

Centuries: People in their 20s are the most infected. Some experts say a big contributing factor: This group often appears to be socializing or dating without maintaining adequate physical distance or wearing masks.

Hospitalizations: According to the health authority, at least 969 of the state’s COVID-19 patients, or 14%, have been hospitalized at some point during their illness.

Currently 93 people with confirmed cases of coronavirus are hospitalized, one more than on Friday. Thirty-nine are in intensive care and 24 in ventilators.

Recoveries: About 2,500 people have recovered from the disease, according to the latest published numbers.