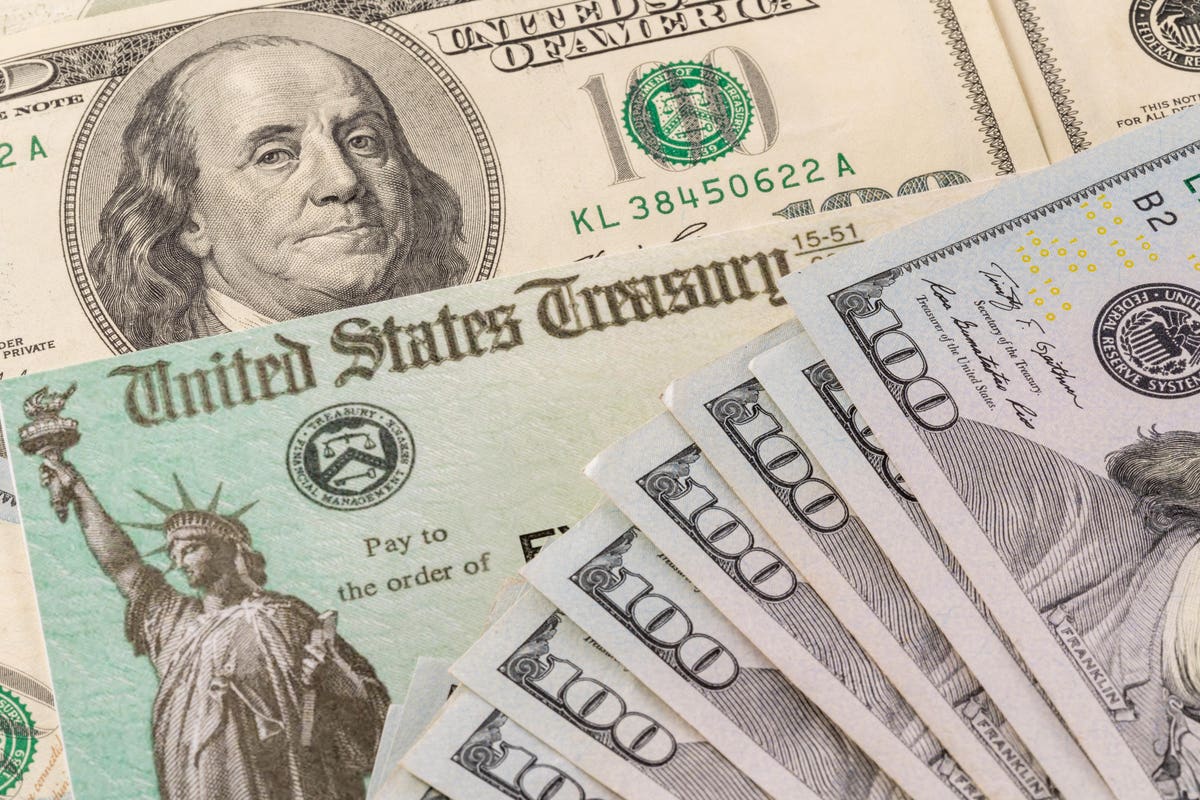 More than 1 million deceased Americans received stimulus payments totaling more than $ 1 billion, according to a government watchdog agency in a report released Thursday in Congress.

The payments were awarded under the $ 2 trillion Coronavirus Economic Aid, Relief and Security Act (CARES) to help aid Americans as the pandemic swept across the country and forced the economy to stop. Payments totaled up to $ 1,200 for individual taxpayers and $ 2,400 for married couples who filed a joint return. The government awarded an additional $ 500 per qualifying child under the age of 17.

The numbers are an alarming demonstration of a hasty and flawed payment plan to send stimulus payments to millions of Americans during the coronavirus crisis. This is what you need to know.

The government did not use death records when cutting checks

There have been previous reports from the government sending stimulus checks to the deceased, but the scale was previously unknown. The new report from the Government Accountability Office (GAO) reveals that the government disbursed a surprising amount of money to Americans who are no longer living.

According to the report, 1.1 million deceased Americans received stimulus controls, totaling nearly $ 1.4 billion, as of April 30.

The report found that the IRS did not use third-party data, such as death records maintained by the Social Security Administration, to verify if recipients still lived during the first three batches of payments sent.

The IRS did not use death records to stop payments to deceased Americans due to “the legal interpretation under which the IRS operated,” according to the report. Although an internal task force raised questions about administering payments to deceased individuals in late March, the agency’s attorneys determined that the IRS had no legal authority to deny payments to individuals who filed tax returns in 2018 or 2019, including if they no longer lived.

The language in the CARES Act also pushed the Treasury to continue distributing payments to deceased relatives, according to the GAO report. The law mandates that stimulus checks be paid “as quickly as possible.” As a result, the Treasury and the IRS used the policies and procedures developed to deliver the stimulus payments in 2008, which did not include verification of death records.

In 2013, GAO mentioned the risks associated with failing to verify death records before making payments and recommended corrective actions that the IRS implemented to prevent improper payments. However, the IRS did not use those updated processes while making the 2020 stimulus payments, according to the report.

“Bypassing this control for economic impact payments, which has been in place for the past seven years, substantially increased the risk of making improper payments to the deceased,” the report’s authors wrote.

The GAO report also raises flags about the absence of a plan to notify ineligible recipients of how to return payments. According to GAO, the government should have enacted a disclosure plan, including sending letters, as not everyone has access to the IRS website. The GAO says the IRS has the ability to send letters, citing the example of the letters it sent to people about where their stimulus payments were distributed.

Receiving a stimulus test for a deceased relative can be a troubling situation. But that doesn’t mean the money is now yours just because the recipient is no longer alive. People who do not return checks from deceased spouses or relatives may face a fine and face up to 10 years in prison.

If payment was made by direct deposit, or by a paper check that has already been cashed, you must issue a personal check or money order and send it back to the IRS. The check should include specific information, such as the Social Security number or Taxpayer Identification Number from whom the stimulus payment was received, and a brief explanation of why it is returned.

The full payment of a deceased person must be returned unless the payment has been made to joint taxpayers and one of the spouses is still alive. In that case, only the portion of the payment to the deceased should be returned, according to the IRS. That amount would equal $ 1,200 unless the couple’s adjusted gross income exceeded $ 150,000. If a person cannot deposit a stimulus check because it is issued to both spouses and one died, they can return the check and reissue it including a note explaining the situation.

A government surveillance report finds that the IRS sent $ 1.4 billion in stimulus checks to more than 1 million deceased Americans. The report indicates that the IRS does not currently have a process for notifying ineligible recipients or families who do not qualify for checks. If you received a check from a deceased relative or spouse, the payment must be returned to the IRS immediately or else there could be legal consequences.