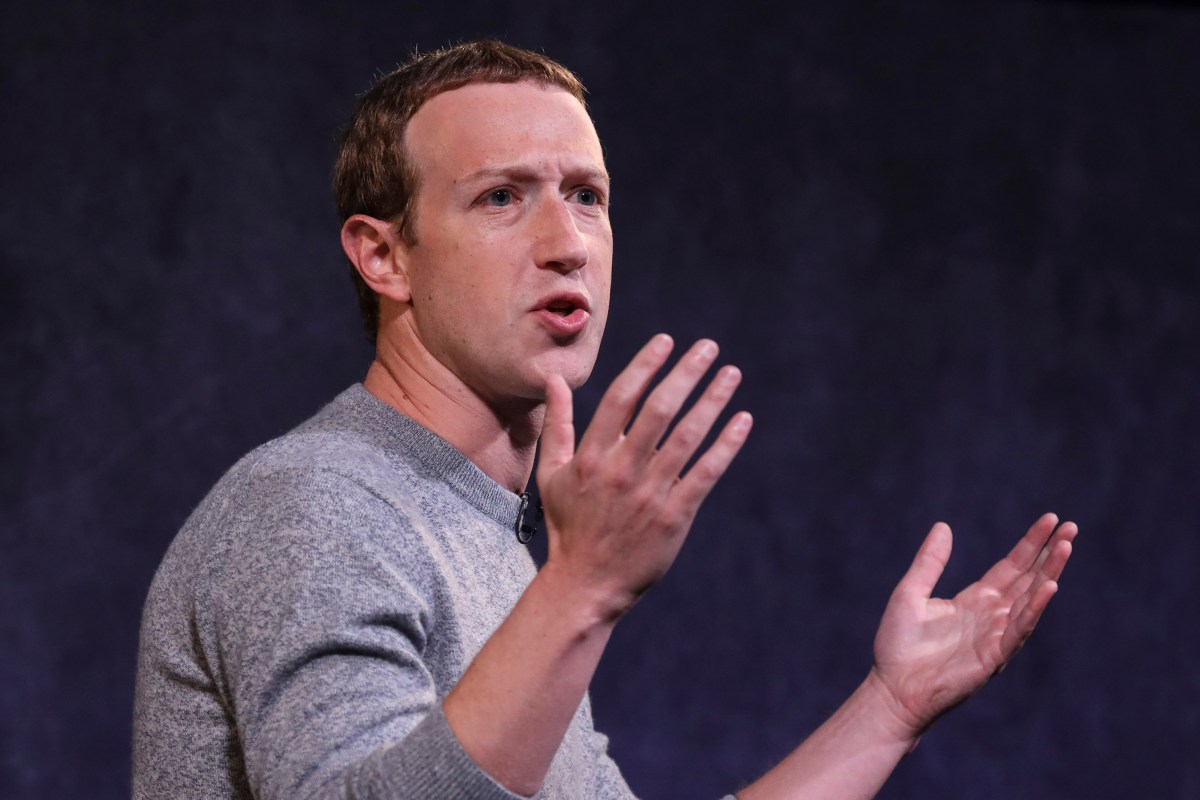 Mark Zuckerberg said Facebook will accelerate the crackdown on hate speech, less than an hour after consumer products giant Unilever announced that it was removing all Facebook ads for the rest of the year.

Under pressure from a small but growing list of big advertisers, the 36-year-old Facebook chief said Friday that Facebook will mark posts by public figures who violate its rules but are deemed to be newsworthy. Facebook will also take additional steps to thwart voter crackdown and protect minorities from abuse.

Zuckerberg, who, citing freedom of expression concerns, has largely resisted calls for a crackdown on abuse and misinformation, said in a live broadcast on Friday that he was “optimistic that we can advance public health and racial justice while upholding our democratic traditions around freedom of expression and voting. “

“I am committed to making sure Facebook remains a place where people can use their voices to discuss important issues,” said Zuckerberg. “But I am also against hate or anything that incites violence or suppresses voting, and we are committed to removing that content as well.”

In his comments, Zuckerberg did not mention the fact that Unilever, the maker of Dove soap, Lipton tea, and Hellmann’s mayonnaise, had said Friday that it would suspend spending on Facebook ads due to “the polarized atmosphere in the United States. “Noting that the freeze would also apply to Twitter, as well as Facebook-owned Instagram.

“The complexities of today’s cultural landscape have placed a renewed responsibility on brands to learn, respond and act to drive a safe and reliable digital ecosystem,” the company wrote in a blog post.

“Continuing to advertise on these platforms right now would not add value to people and society,” said Unilever.

Unilever’s announcement is the latest in an advertiser boycott that has added big names like North Face, Patagonia, Verizon, and Ben & Jerry’s. Big brands have supported civil rights groups that have criticized Facebook for what they say is its inability to do enough about hate speech and disinformation.

Earlier in the week it emerged that Zuckerberg personally joined a meeting with advertisers to hear their concerns and explain that Facebook is committed to neutrality. Zuckerberg reportedly tried to explain that what one person might consider offensive would not offend another, according to Business Insider.

Facebook executives have insisted that they will not be intimidated into making changes they do not want to make, the Wall Street Journal reported.

“We are not making any policy changes related to revenue pressure,” Carolyn Everson, vice president of Facebook’s Global Business Group, said in an email, according to the report. “We establish our policies based on principles rather than commercial interests.”

Unlike Twitter, which has sparked controversy by tagging President Trump posts that he said could incite violence or spread misinformation, Facebook will still allow offensive posts to be shared “to condemn him,” Zuckerberg said.

“This is an important part of how we discuss what is acceptable in our society,” he added.

Zuckerberg’s announcement did little to reverse the direction of Facebook’s shares, which fell 8.3 percent to $ 216.08 on Friday. The drop removed more than $ 6 billion from Zuckerberg’s net worth, which now stands at just over $ 80 billion.

A Twitter spokesperson said the site is “committed to amplifying the voices of underrepresented communities and marginalized groups.”

“We are respectful of our partners’ decisions and will continue to work and communicate closely with them during this time,” they added.