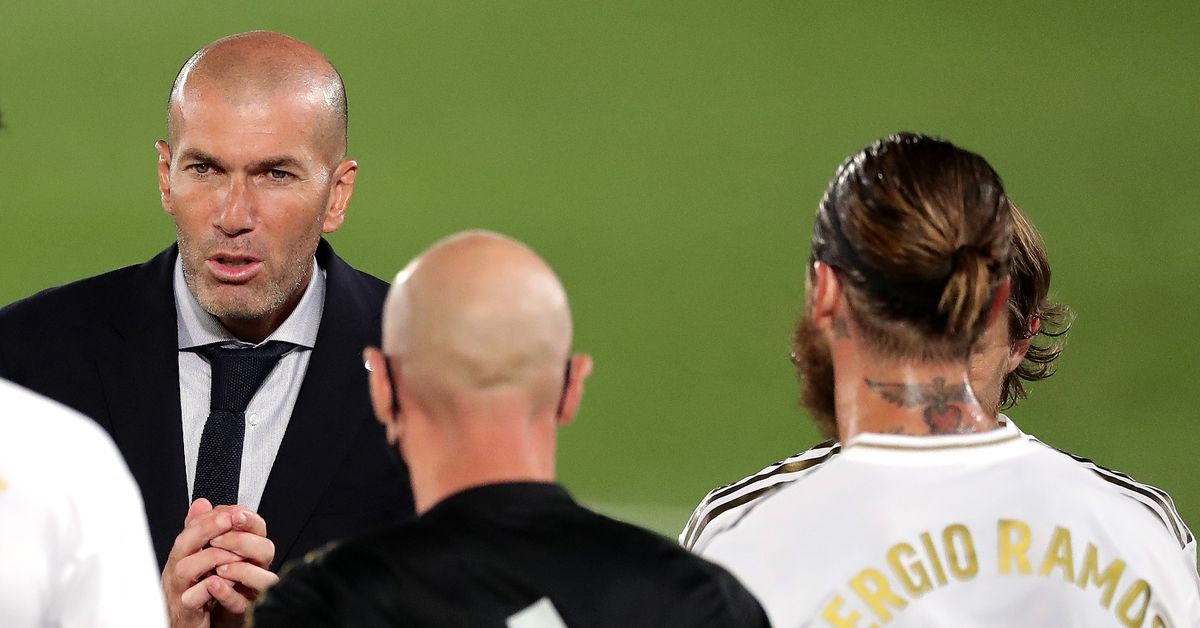 Real Madrid had four wins out of four since the coronavirus pause and Zinedine Zidane is happy, happy to see Vinícius score, happy to see Sergio Ramos make an impact on both ends of the field and happy that his new BBHV system worked .

At his post-game press conference, the coach was asked about his decision to start the four Karim Benzema, Gareth Bale, Vinícius and Eden Hazard together. He replied: “Form and training is not the most important thing. It is the actions on the field that are the most important. But I am happy with what I saw on the field. Could we have been better today? Yes. But winning four in a row did not It is easy. We did not give anything, while in attack we could have done more and we will try to do more in the next game. “

Ramos scored a spectacular free kick in the match, Real Madrid’s first in 528 days since Dani Ceballos scored against Real Betis. Zidane was happy with the captain and also asked him to stay in the Spanish capital and end his career at the club. Zidane said: “He is our captain and our leader. Defensively, he showed us the way. Then, in attack, he contributed. He often practices these free throws and it paid off. He has been here for many years. You need to retire here. That is what I think and what I will always say. “

Zidane also stated that Vinícius’ excellent finish is the work of a lot of practice. As the coach explained: “We often work shooting in front of the goal. With Vini and with everyone. But whatever specific thing you say to Vinícius stays in the locker room.

On the intensity of the schedule, Zidane spoke about how tired his squad is and said: “We are going to be quite tired because there are so many games.” Today, we end up a little more tired. It is not just one thing here at Real Madrid. We have a very particular situation and it is also happening in other teams, because they play every three or four days and they do it in the heat. We need to recover well and think about the next game. We have to pay close attention to the players and each of their situations. “

Finally, Zidane was asked about James Rodríguez and his recent dates wondering why he isn’t playing anymore. The coach replied: “He wants to play more like all the players, but there are decisions that I have to make as Real Madrid coach.” One day it is James. Another day is Bale. So it’s Isco. You journalists always focus on one. I don’t want to get involved in headline creation. “