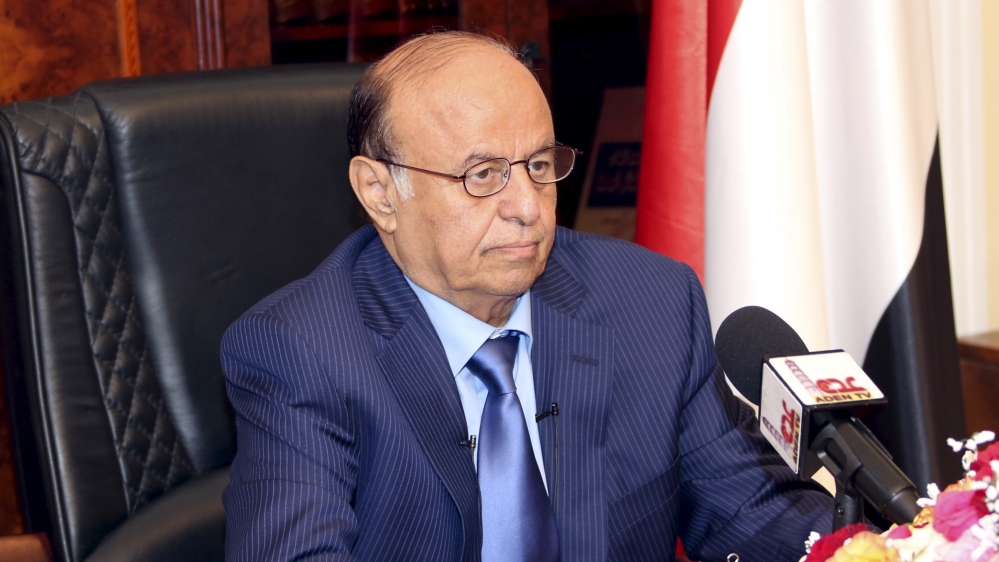 Yemen’s president has called on southern separatists to “stop the bloodshed” and follow a power-sharing deal in his first public comments since the secessionists declared their autonomy in April.

The conflict between the Southern Transitional Council (STC) and the internationally recognized government of President Abd-Rabbu Mansour Hadi constitutes a second front in Yemen, already divided by a war between government supporters and the Houthi rebels.

The STC, which declared itself autonomous on April 26, has made a series of military gains, the latest this month when it seized the strategic Indian Ocean island of Socotra.

“I call on the so-called Southern Transitional Council … to get back on the road to the Riyadh Agreement and stop the bloodshed,” Hadi said during a meeting on Saturday with high-level government officials, referring to a power-sharing agreement. . because the south struck last November that quickly disappeared.

The implementation of the Riyadh agreement “has long failed due to continued escalation activities, including the announcement of self-government and the rebellion witnessed in Socotra,” said Hadi, who has been living in the Saudi capital after the inauguration of Sanaa and much of Yemen. by the Houthis in 2014.

“It will not be accepted to resort to arms and force for personal gain …”, he added.

The agreement, which was signed in May 2019, it includes the unification of all military formations under the authority of the interior and defense ministries, as well as the formation of an efficient government formed equally between north and south Yemen.

Fighters loyal to STC gather on the front line during clashes with pro-government forces for control of Zinjibar, the capital of the southern province of Abyan [File: Nabil Hasan/AFP]

Located off the southern coast of Aden, the provisional seat of the Yemeni government, Socotra is located near strategic sea routes and is famous for its biodiversity.

Tensions have escalated in recent months since separatists declared their self-government in Aden and other southern provinces.

‘War within a war’

This prompted the Yemeni government in May to launch a military offensive in Abyan with the aim of expelling the separatists from Aden.

The southern separatists and the Yemeni government are technically allies in the fight against the Houthis, but the division between them represents a damaging “war within a war” in the poorest country on the Arabian peninsula.

Earlier this week, a Saudi-led government-backed military coalition against the Houthis said it had deployed observers to monitor a ceasefire between pro-government troops and southern separatists announced two days earlier.

A collapse of the ceasefire in the south would again complicate the government’s efforts to repel the Houthis, who are believed to be aligned with Saudi Arabia’s regional enemy, Iran.

Separatists and the government are due to hold new talks in Saudi Arabia to discuss the truce, coalition spokesman Turki al-Maliki said this week.

Since the Saudi-led coalition launched a military offensive in 2015, tens of thousands of people, mostly civilians, have been killed and millions displaced in Yemen, in what the United Nations calls the worst humanitarian disaster in the world.