Woolly mammoth skeleton found in a lake in the Russian Arctic 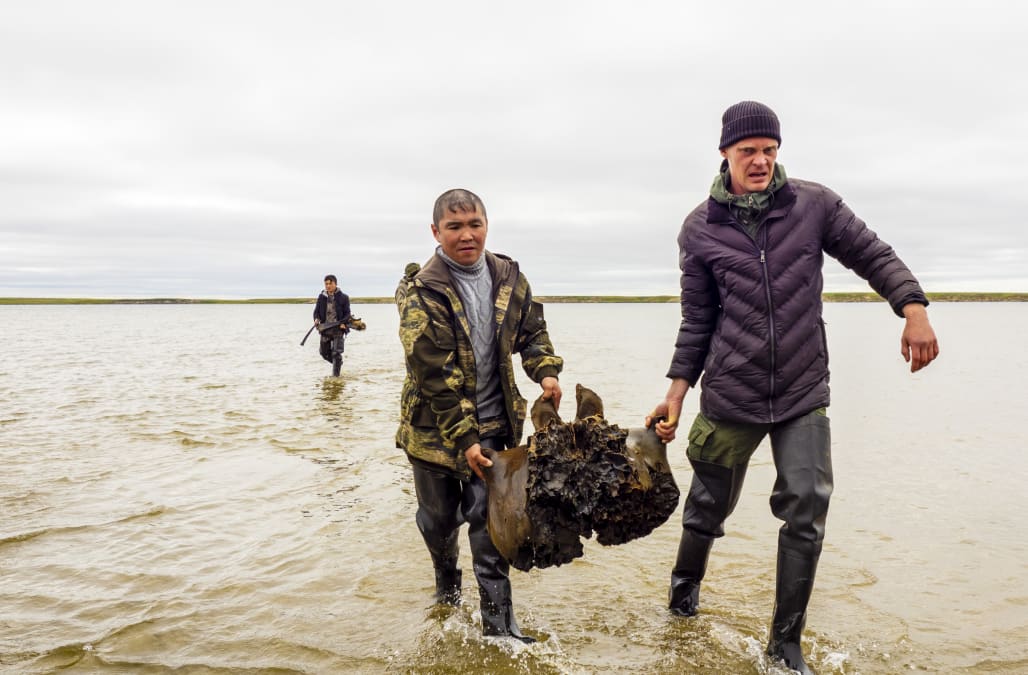 MOSCOW, July 28 (Reuters) – Russian scientists are studying the incredibly well-preserved bones of an adult woolly mammoth that roamed the land at least 10,000 years ago, after local inhabitants discovered its remains in the shallow waters of a North Siberian lake.

Part of its skull, several ribs and bones of the front legs, some with soft tissue still attached, were recovered from the remote Russian peninsula of Yamal on the Arctic Circle on July 23. Scientists are still searching for other bones at the site.

Similar findings in Russia’s vast Siberian region have occurred more regularly as climate change warming the Arctic at a faster rate than the rest of the world has thawed the soil in some areas long blocked in permafrost.

Scientists circulated images in December of a prehistoric cub, believed to be 18,000 years old, that was found in the permafrost region of Russia’s Far East in 2018.

The mammoth remains are at least 10,000 years old, although researchers still don’t know exactly when it walked the Earth or how old it was when it died, said Dmitry Frolov, director of the Scientific Center for Arctic Studies.

Researchers have found mammoth fossils dating back 30,000 years in Russia, he said.

Yevgeniya Khozyainova, a scientist at a local museum, said it was unusual to find so many bones belonging to a single species and to know where they came from.

“Of course, we would like to find the remaining parts, to understand how complete it is to find. Whenever soft tissue remains, it is a valuable material to study,” he said. (Report by Dmitriy Turlyun; Written by Tom Balmforth; Editing by Raissa Kasolowsky)

With the recovery of the last case, New Zealand has eradicated the virus