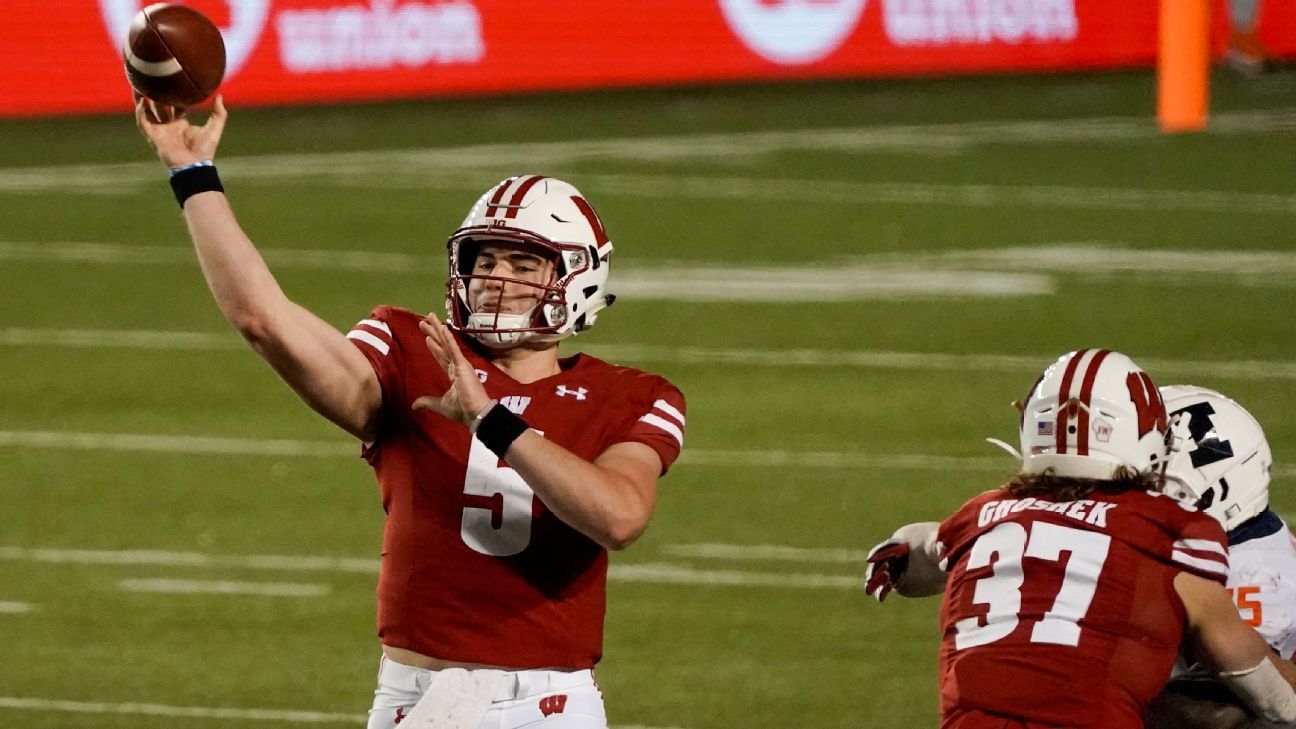 Wisconsin quarterback Graham Mertz, who made his first career start since Friday, tested positive for COVID-19 over the weekend, according to the Wisconsin State Journal and the Milwaukee Key Journal Sentinel.

Both newspapers reported, citing sources on Sunday, that Mertz’s antigen test returned positive. Mertz will take a polymerase chain reaction (PCR) test to confirm the result. If confirmed, Mertz will have to lose at least 21 days according to the Big Ten protocol for athletes who test positive.

Team officials did not immediately confirm the reports. Coach Paul Christ is scheduled to speak to reporters Monday morning. A source told the Journal Sentinel that Wisconsin has had many false-positive results since the start of daily antigen testing last month.

Mertz was virtually flawless as he refreshed his redshirt with a 45-7 win over the Electinois. He completed 20 of 21 passes for 248 yards and five touchdowns. He set a team record for single-game completion percentage (.2.2.2) and touchdown passes. Mertz completed his first 17 pass attempts, matching the record for consistent completion.

No. 9 Wisconsin is set to visit Nebraska this week, followed by games against Pardu (home) and No. 13 Michigan (road). Sofmore Chase Wolf will probably join Mer Mertz if he loses time.

Senior Jack Conn suffered a foot injury at preseason camp and in October. After undergoing surgery at 21, Mertz went into the initial role. 21. Koane, who has started 18 games in the last two seasons, is out indefinitely. Mertz, a native of Ortland Park, Kansas, is considered the top quarterback tide in Wisconsin history. ESPN He is rated as the top pocket pass in the 2019 recruitment category and the 21st ranked overall player.