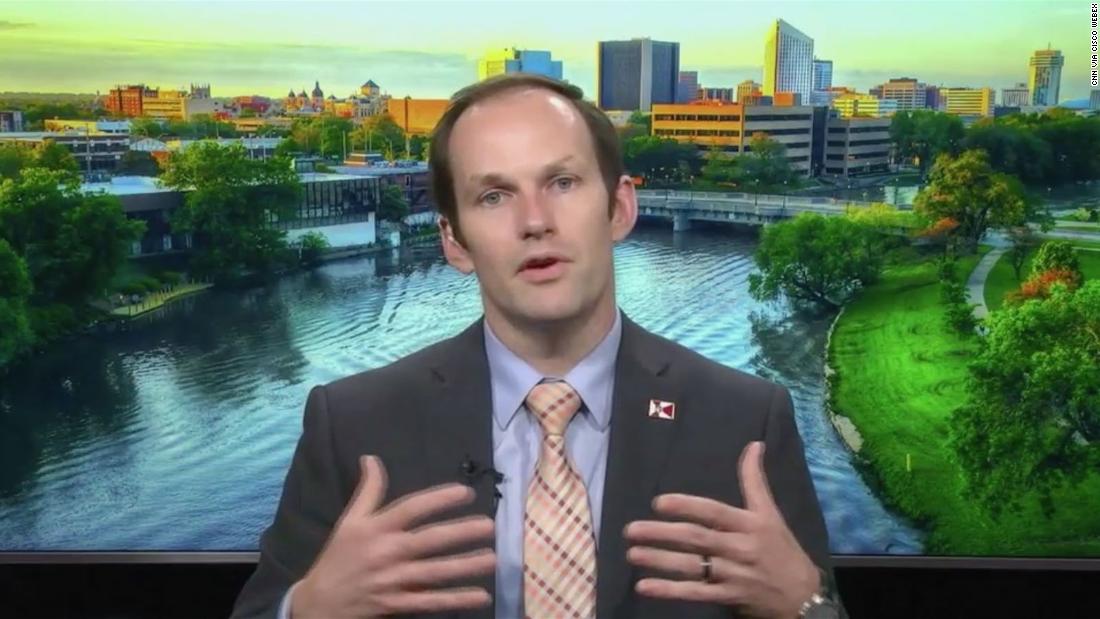 According to a news release from Wichita Police, “Meredith Dowty, 59, is facing a criminal threat charge after authorities warned Wichita Mayor Brandon Whipple about threatening statements being made to the city.”

Whipley told CNN he received threats from time to time, but his details “made this one look different.”

He said a detective called him and read text messages that were “sent to someone else who knew this person, but knew me.” Wichita Eagle reports that the texts were originally sent to another city official.

The mayor says he does not have a copy of the messages. Still, he recalls, “It was anger about the mask ordinance we passed. Anger came, I think, really, in general.”

“Obviously, the person (who sent the texts) was very angry, but he’s very detailed about what it looks like he wants to do,” he added. “They want an address, my address.

“And, this threat was more specific about kidnapping and strangling me.” “That’s what I read. It was graphic.”

The Wichita Police Department statement did not provide details of what the alleged threat was. He said the investigation is ongoing and will be presented to the district attorney.

Wichita Eagle reported that Dwight is a retired city firefighter who was honored by the City Council in 2008 for helping rescue a police officer who was shot in the line of duty.

Wichita City approved an ordinance in July requiring people to wear facial insignia in public places, and the ordinance was extended last month.

Correction: An earlier version of this story misrepresented the charges against Meredith Dowty. He was arrested on charges of criminal intimidation.