Why CBD products are getting cheaper 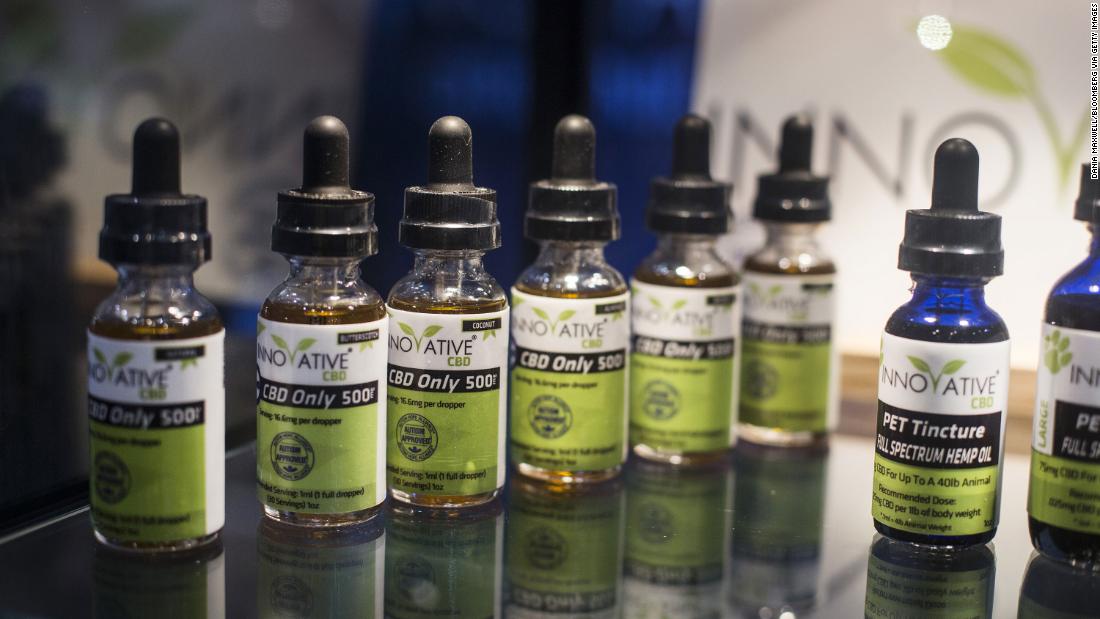 Price wars, oversupply, and a pandemic have cut the costs of once-premium products that contain cannabidiol derived from hemp, the non-psychoactive cannabis compound touted as a health and wellness aid.

The increasing affordability of CBD was one of the key trends highlighted by the Brightfield Group, which conducts market research on the emerging CBD sector, in its latest US CBD market report to be released on Tuesday.

“There is persistent price compression,” said Bethany Gomez of the Brightfield Group. “Right now, we don’t expect that to change.”

Brightfield analysts expect sales of CBD products to reach $ 4.75 billion this year, up 14%. The industry’s growth rate has cooled significantly from its breakneck pace last year when sales soared to $ 4.15 billion from $ 627 million in 2018, an increase of 561%, according to Brightfield data.

More people are buying CBD, and due to the pandemic, nearly 40% of the 5,000 CBD consumers surveyed in June by Brightfield said they have increased their consumption, according to the report. However, the price falls across the industry Weighing growth in overall market value, Brightfield said.

The CBD boom last year came immediately after the passage of the Agriculture Improvement Act in December 2018, known as the 2018 Farm Bill. That legislation removed low-THC hemp and its derivatives from the Controlled Substances. Marijuana, which is also a variety of the same plant but contains higher levels of psychoactive THC (tetrahydrocannabinol), remains a Schedule I, federally illegal substance.

While the Farm Bill left a lot of discretion to the US Food and Drug Administration in developing guidelines for CBD, the agency that regulates pharmaceuticals, food, cosmetics and additives has yet to formalize a policy.

CBD producers did indeed believe that Farm Bill gave the green light to their offerings, and products containing the compound derived from hemp, such as facial creams, sports drinks, pet treats and tinctures, proliferated on the Internet and in physical stores. Major retailers such as CVS and Walgreens began offering CBD creams, balms, and oils, and CBD companies began to compete for their businesses.

The price war started in the second half of last year, reducing sticker prices by 20% to 30%, he said. Products became cheaper after the hemp harvest in the fall, resulting in oversupply of raw materials.

Those prices fell further in recent months due to economic pressures from Covid-19 and public health related retail closings.

Bluebird Botanicals, one of the oldest hemp CBD companies, has slashed its prices about 10 times since the launch of its product in 2013, but has been stable since 2019, Brandon Beatty, the company’s chief executive, told CNN Business. Beatty and his colleagues are “currently cutting numbers and are considering” lowering prices due to the pandemic.

Before Covid-19, the Tennessee CBD company Kat’s Naturals had cut its prices by as much as 30%, founder Kat Merryfield said. Since the pandemic, the company has offered a 40% discount to people who receive social support benefits like unemployment or disability.

Gomez, whose group conducted the CBD market research, said the CBD oil tincture dropper bottle that cost about $ 80 on average and sometimes more than $ 100 now sells for around $ 40 to $ 45 per bottle .

CBD is not currently regulated as a dietary supplement, but if it were approved to be marketed as a supplement in the future, vendors could highlight the structure and function claims about your possible benefits.

That potential, however, depends on the FDA.

The agency’s steps to develop a regulatory framework have included listening to public comments, seeking research, and testing CBD products.

“The agency is committed to protecting public health while taking steps to improve the efficiency of regulatory pathways for the legal marketing of cannabis and cannabis products,” the FDA stated in a March 2020 update on its efforts to regulate CBD. An FDA spokesperson told CNN Business that the office did not have an update beyond its March statement.

Lack of clear regulatory guidance combined with stronger-than-expected price compression and possible economic pressures from Covid-19 resulted in a downward revision of Brightfield’s future sales expectations for the industry.

Brightfield now anticipates that hemp-derived CBD will be a $ 16.8 billion industry by 2025, below expectations of nearly $ 24 billion.

Tags deal Why are CBD products getting cheaper?