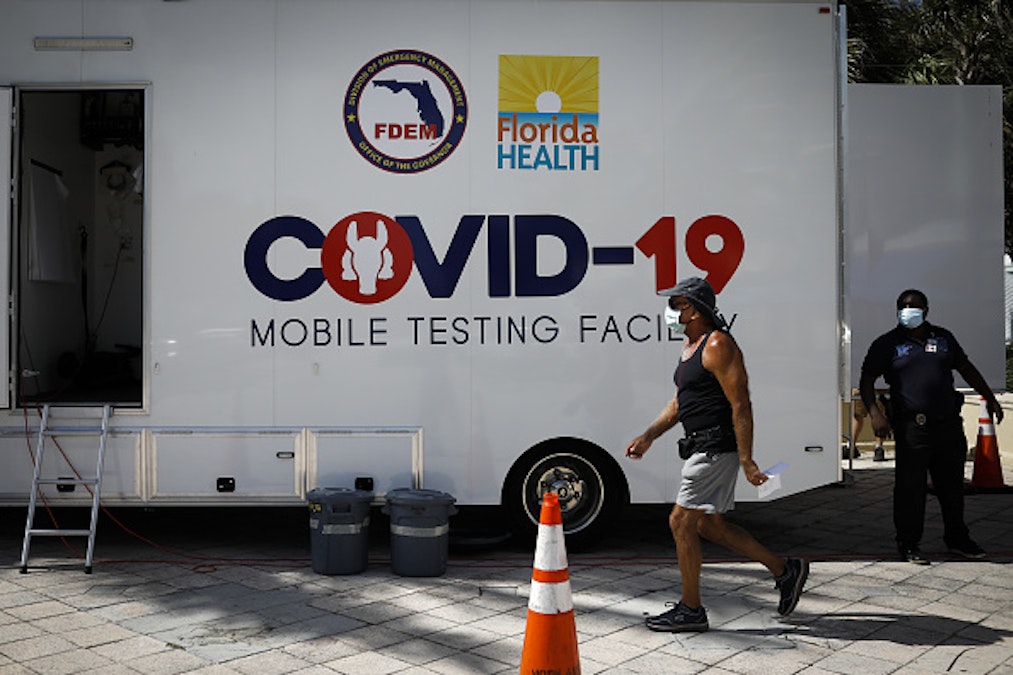 Throughout the COVID-19 pandemic, much has been said about a so-called “second” or even “third” wave that could arise. According to an official of the World Health Organization (WHO), COVID-19 could be a great wave, not seasonal.

“We are in the first wave. It will be a great wave. It’s going to go up and down a little bit. It is best to flatten it and make it something that licks your feet, ”WHO spokeswoman Margaret Harris said during a virtual meeting in Geneva, according to Reuters.

Harris pointed to the high numbers of cases during the summer to highlight the fact that COVID-19 does not appear to decrease according to the weather, urging vigilance against mass gatherings. If COVID-19 were a seasonal problem, it would coincide with traditional cases of influenza in the fall and winter months.

“People are still thinking about the seasons. What we all need to understand is that this is a new virus and … it behaves differently, “he said.” Summer is a problem. This virus likes all weather. “

Harris urged flu shots to avoid a double threat in the coming months.

As the Daily Wire reported last week, US coronavirus cases may be about to stabilize as critical states note a slowdown in new infections:

A new report on Axios indicates that the number of new coronavirus cases in the United States appears to be “stabilizing,” and critical states like Texas, Arizona, and Florida are experiencing a slowdown, although many have not yet reached a “peak.” in the number of infections.

“After weeks of explosive growth, the number of new infections in the US continues to rise, but not as fast as it has been,” Axios reported Thursday, along with a map showing that most states now they see their number of new cases. staying stable.

Although the report is not necessarily good news: The United States, the outlet says, is still averaging 66,000 new cases of COVID-19 per day, the new information looks promising. During the past month, coronavirus infections grew at a rate of 20% per week; Last week, the number of new cases increased by only 7%.

If COVID-19 proves to be a big wave rather than a seasonal one, the likelihood that schools will reopen in the fall increases. The director of the Center for Disease Control and Prevention (CDC), Robert Redfield, has supported the general reopening of schools in the fall, arguing that young Americans are at a much higher risk of suicide, drugs and the flu.

The Daily Wire is one of the fastest growing conservative media companies in the United States and countercultural news, opinion and entertainment media. Gain internal access to The Daily Wire by becoming a member.