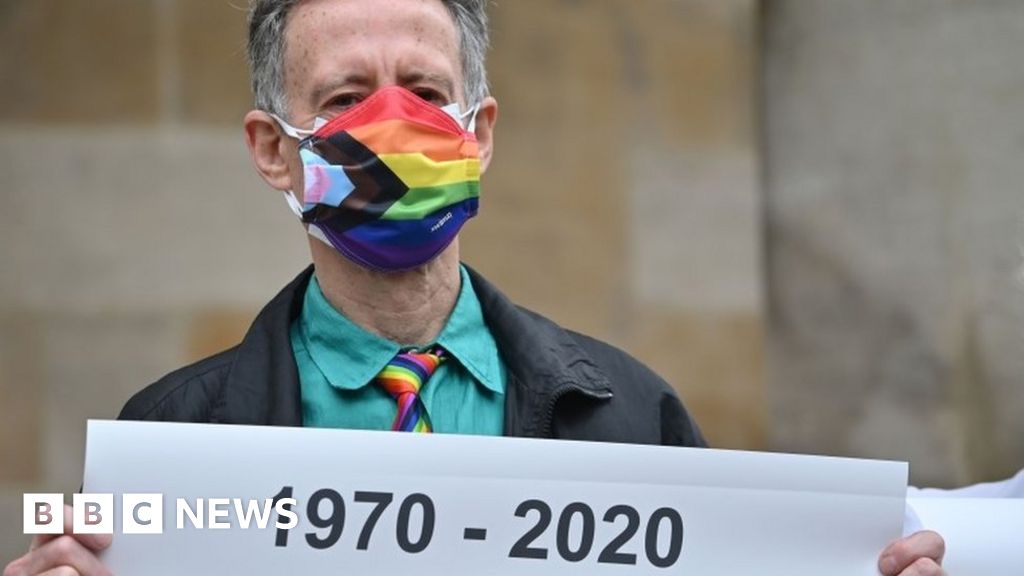 Twelve of the surviving activists from the Gay Liberation Front (GLF) marched in London to celebrate their 50th anniversary.

They followed the route Pride normally takes in London, which was canceled this year due to the coronavirus.

Human rights activist Peter Tatchell joined former GLF members on the Pride route, many of whom were in their 70s and 80s.

The GLF was formed in 1970 and has been recognized as the beginning of the modern LGBT + movement in the UK.

Organizers said the march was not open to the LGBT + community at large to comply with social distancing regulations and protect veterans, however a small group of people came together to offer their support.

Tatchell, who helped organize the first UK Pride march in 1972, said: “Homophobia did not defeat us, so we are not going to allow the Covid-19 pandemic to stop Pride.”

“We are marching as Pride planned, with facial masks and social distancing.”

Tatchell added: “We support Black Lives Matter and the just demands of black communities, just as we did in the early 1970s.

“GLF did not seek equal rights within an imperfect and unjust status quo. It campaigned for the transformation of society to end supremacism and stood in solidarity with all other oppressed communities.

“This same radical social transformation agenda is necessary now that the UK is facing the quadruple blow of Covid-19, the economic collapse, endemic racism and the destruction of the climate.”