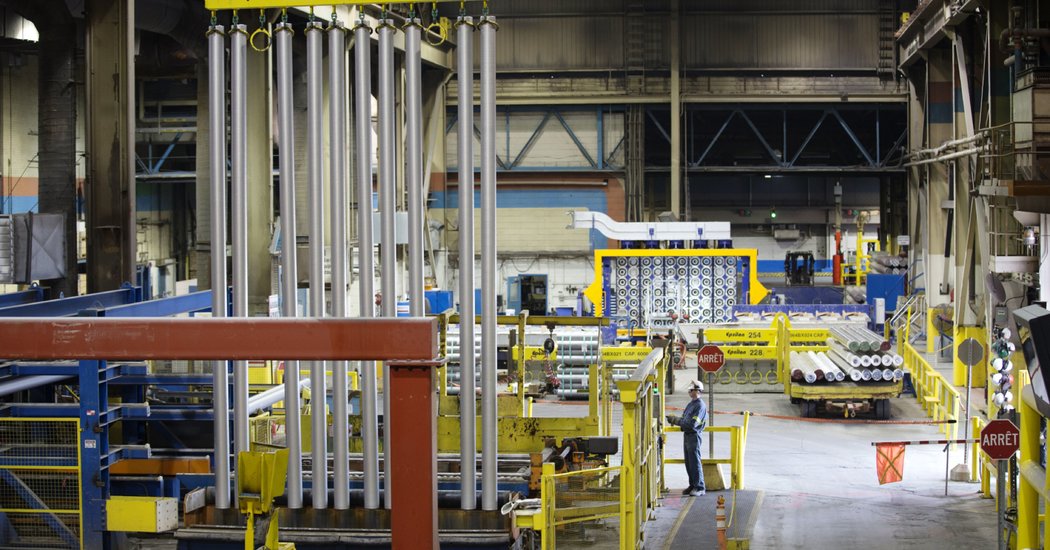 In May, the American Primary Aluminum Association, which represents the two companies, sent a letter to Robert E. Lighthizer, the United States Trade Representative, and Wilbur Ross, the Secretary of Commerce, saying that an increase in Canadian imports were threatening the viability of their businesses

Only a handful of aluminum smelters, which produce raw aluminum from bauxite, still operate in the United States. In April, aluminum giant Alcoa stopped a foundry in Ferndale, Washington, saying production there was “uncompetitive” under current market conditions.

Aluminum production is very energy intensive, and the industry has gradually migrated from the United States to Canada, Iceland, the United Arab Emirates, Russia, and other countries with abundant oil, hydroelectric, or geothermal energy. China, which heavily subsidizes aluminum production, is also a major world producer.

Since aluminum is vital to the production of planes, cars, and other products, the Trump administration has seen this exodus of aluminum production as a threat to national security, though critics of that view say the United States has a supply of Aluminum ready and safe in Canada, an ally who fought in Afghanistan and elsewhere alongside American forces.

In a congressional hearing with Mr. Lighthizer last week, Representative Suzan DelBene, a Democrat from Washington, said the closure of the Alcoa smelter had left 700 people unemployed in her district and urged the administration to step up their efforts to address Chinese overcapacity. .

“It’s something we’re working on,” said Lighthizer. “The President took a bold step when he put in the tariffs. And unfortunately, the problem is not just China, as you well know, it is also a problem with Canada that we are working on. ”