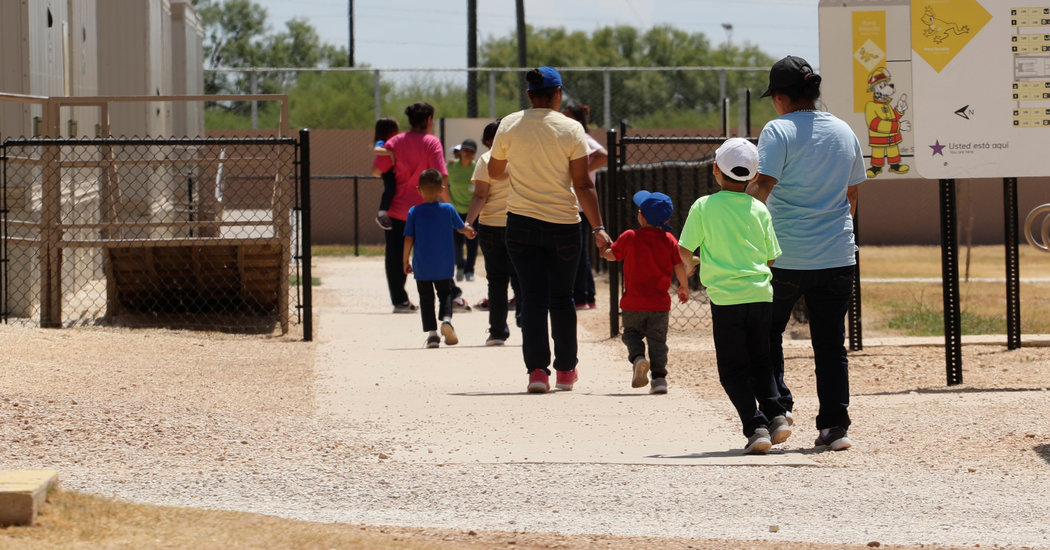 Citing the severity of the coronavirus pandemic, a federal judge in Los Angeles on Friday ordered the imminent release of migrant children detained at the country’s three family detention centers.

The order to release the children before July 17 came after plaintiffs in a long-standing case reported that some of them tested positive for the virus. It applies to children who have been detained for more than 20 days in detention centers run by the Immigration and Customs Enforcement Service, two in Texas and one in Pennsylvania.

According to the ruling, there were 124 children living in those facilities on June 8.

In her order, Judge Dolly M. Gee of the United States District Court for the Central District of California criticized the Trump administration for its irregular compliance with the recommendations of the Centers for Disease Control and Prevention. To prevent the virus from spreading in crowded detention facilities, the agency recommended social distancing, wearing masks, and early medical intervention for those with virus symptoms.

“Family residential centers are on fire and there is no more time for half measures,” he wrote.

The order was the first time that a court set a firm deadline for the release of minors in family detention if their parents designated a relative in the United States to be detained. Recent orders had required her “quick” release.

“Some detained parents facing deportation brought their children to this country to save them from rampant violence in their home countries,” said Peter Schey, an attorney for the class of detained children, “and would prefer to see their son released. to their relatives here instead of being deported with parents to countries where children are routinely kidnapped, beaten and murdered. “

Judge Gee oversees compliance with the 1997 Flores settlement agreement that establishes national standards for the treatment and release of detained immigrant children.

The Trump administration has been trying to end the deal for the past two years, but those efforts have been blocked by Judge Gee and are currently being appealed to the United States Court of Appeals for the Ninth Circuit.

Overall, around 2,500 immigrants detained by ICE have tested positive for the virus. The agency has said it has released at least 900 people with underlying conditions and that it has reduced the population at each facility to mitigate the spread of the virus.