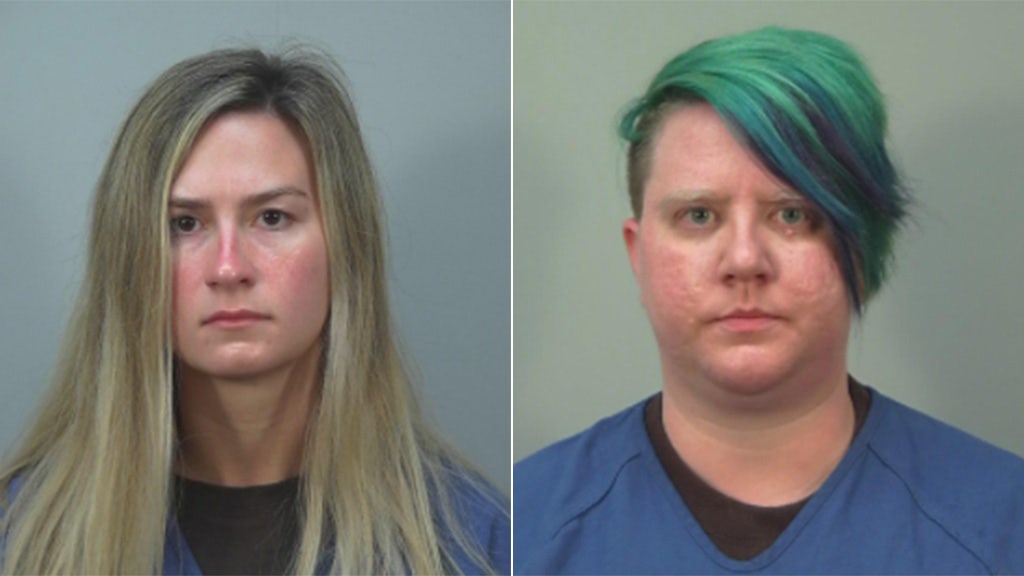 Two women were arrested Monday for attacking the Wisconsin state senator who was recording a video of a group of protesters who had knocked down two statues during a chaotic night of protests last month, authorities said.

Samantha R. Hamer, 26, and Kerida E. O’Reilly, 33, turned themselves in after being identified by members of the public, Madison police said. The couple was detained on suspicion of being part of the crimes of assault and substantial robbery with the use of force.

On June 23, Democratic State Senator Tim Carpenter was walking through a group of protesters on the street when he pulled out his phone to record what was happening.

The meeting erupted after the arrest of a black man who entered a restaurant with a baseball bat and began yelling at customers through a megaphone.

Outside, protesters tore down two statues on Capitol Hill and threw a Molotov cocktail at a government building.

While recording, Carpenter was hit and kicked by a group of around 10 people. After the beating, the stunned legislator stumbled toward the Capitol and lay down on the grass, police said.

Samantha Rae Hamer on the right: Kerida O’Reilly. Both women became police officers on suspicion of hitting a state senator last month during a chaotic night of protests near the Wisconsin Capitol in Madison. (Courtesy of the Dane County Sheriff’s Office)

“I don’t know what happened,” he told the Milwaukee Journal Sentinel. “All I did was stop and take a picture and the next thing is that I get five or six hits, they kick me in the head.”

Carpenter was treated by paramedics at the scene and escorted to a building by the Capitol Police. Later he went to a hospital for treatment.