Trump is on track to re-apply Canada’s aluminum tariffs 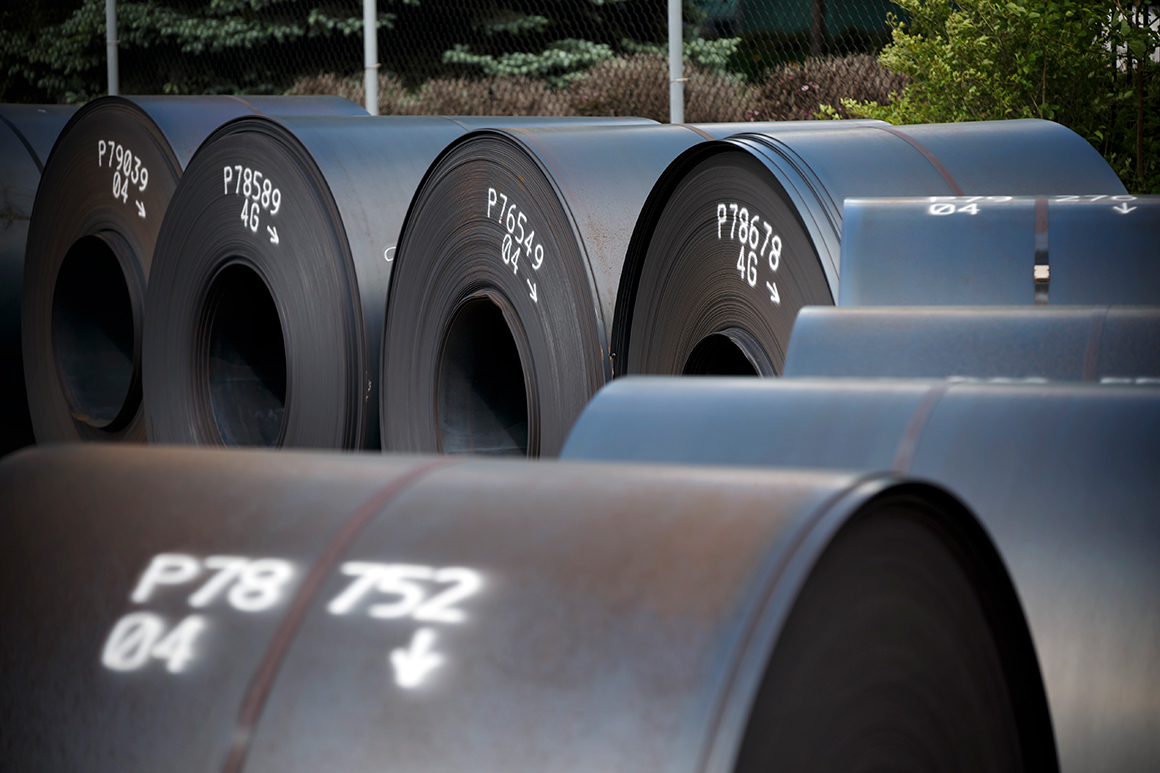 Several people called the decision to push aluminum now a “bad time,” and one said, “It’s the classic Trump leverage method,” doing it days before a major event like the USMCA’s entry into force.

“Recovering these tariffs would be like a bad horror movie. Most of the US aluminum sector opposes them, and they will hurt American manufacturers who use aluminum as an input,” said Neil Herrington, senior vice president at the Americas in the US USA Chamber of Commerce.

US Trade Representative Robert Lighthizer acknowledged last week at a Senate Finance Committee hearing that there have been recent increases in imported steel and aluminum, “substantially from Canada, some from Mexico.”

“It is something that really concerns us and that we are seeing,” Lighthizer said.

Last year, the Trump administration exempted Canada and Mexico from their tariffs on imported steel, after both countries lived on the tariffs for more than a year. Trump imposed those tariffs on most countries in the world in 2018 citing national security.

But under the agreement to lift the tariffs, the United States said it could raise the tariffs again after consulting with Canada and “in the event that imports of aluminum or steel products increase significantly beyond historical trade volumes during a time frame”.

The U.S. trade chief said he was in talks with both countries on the matter, but it is unclear whether those talks have been part of formal consultations as outlined in the agreement with Canada on the matter.

Canada, for its part, can only retaliate in the affected sector, aluminum, if tariffs are re-imposed.

However, sources argued that Canada could still lobby to retaliate with tariffs on other sensitive US goods, such as agricultural products. Ottawa previously imposed retaliatory tariffs on more than $ 12 billion in U.S. products, most of which were U.S. agricultural products, in response to U.S. tariffs on imported steel and aluminum. Those tariffs were removed when the agreement was reached in May 2019.

“We strongly believe that Canadian aluminum exports to the United States are not harming the American market in any way,” Hillman said during a webinar organized by the American Council for Capital Formation. “Our discussions are ongoing.”

He added that the USMCA will be positive for the region as it pushes more aluminum made in North America and includes tools to stop metal transfers from countries outside the region.

The drive to reimpose tariffs comes from two U.S. primary aluminum producers: Century Aluminum and Magnitude 7 Metals, who argue that an increase in aluminum from Canada has led to falling aluminum prices.

But the broadest aluminum industry in the US The US, represented by the Aluminum Association, has delayed and urged the Trump administration not to impose tariffs or quotas.

“Everyone is entitled to their opinion on this issue, but the facts are facts,” Aluminum Association President Tom Dobbins said in a statement earlier this month. “Canada’s primary aluminum imports today are consistent with long-term trends prior to the imposition of Section 232 tariffs.”

The dispute centers on whether there has been a “significant increase in imports” from Canada. A report by CRU Group, an independent aluminum analysis firm, appears to reinforce the position of the Aluminum Association. It found that the volume of U.S. imports of crude aluminum from Canada is on track to increase 14 percent this year.

However, that would still be 5 percent less than 2017 import volume, and only 2 percent above average import levels in 2015-2017, according to the report.

A report by a second analytical company, Harbor Aluminum, supports the argument of Century Aluminum and Magnitude. He concludes that imports increased after Trump ended the tariff on Canadian aluminum last year.