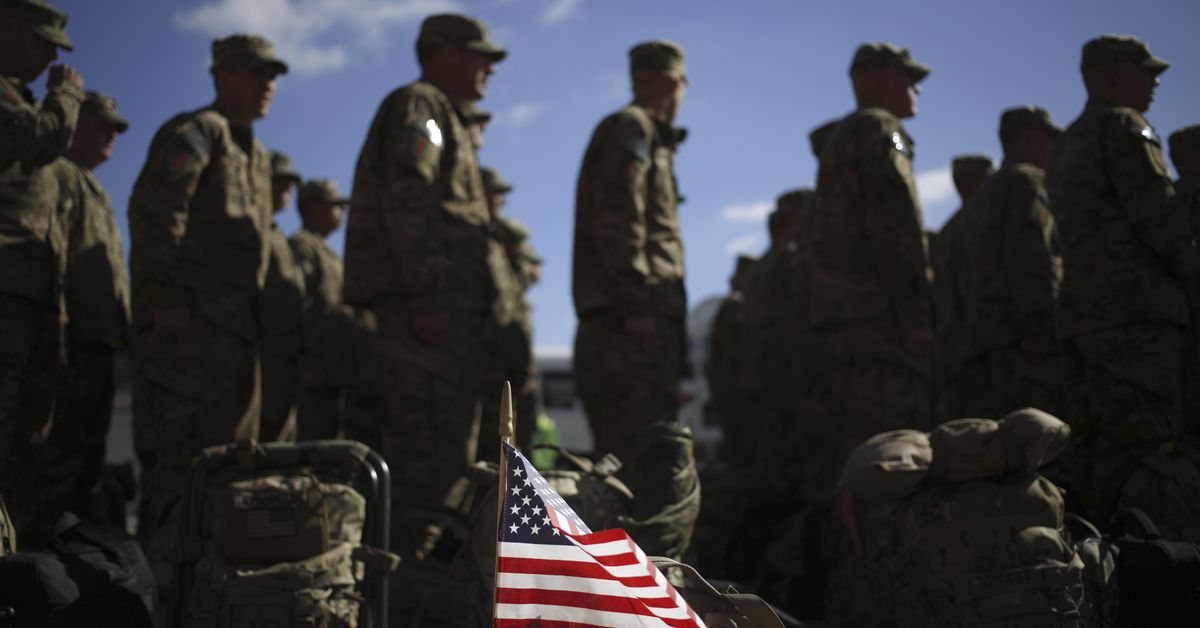 President Donald Trump denies being aware of a deal in which Russian military officials reportedly offered to secretly pay Taliban fighters for killing US troops in Afghanistan.

A pair of explosive New York Times reports indicate that United States officials learned months ago that a Russian intelligence unit was secretly offering rewards to the Taliban for killing US and other coalition forces in Afghanistan, while Peace talks continue to end the war. US spies and commandos reportedly reported to their superiors about the plot as early as January, after discovering a Taliban outpost riddled with US cash.

The reports come amid ongoing efforts to pull US troops out of Afghanistan following a peace deal reached earlier this year, which would bolster the president’s reelection campaign. The situation has now prompted questions from both Democrats and Trump’s allies.

According to the Times, US intelligence officials briefed the president on the findings in March and offered him a number of options to reprimand Russia, including increasing sanctions or issuing diplomatic complaints. But Trump did not choose to retaliate at all, but apparently ignored what intelligence suggested was an unprecedented Russian attack on US troops, and a significant escalation of the country’s support for the Taliban.

Twenty Americans were killed in Afghanistan in 2019 and another four were killed in early 2020, although the Taliban have not attacked any U.S. bases since February. It is unclear which murders may be related to the Russian plot or whether rewards were actually paid.

National intelligence director John Ratcliffe denied that the president had been briefed on the matter on Saturday, although he did not question the veracity of Russia’s bounty plot. White House press secretary Kayleigh McEnany also released a statement on Saturday saying Trump did not receive a briefing, but that he “does not speak to the merit of the alleged intelligence.”

Trump did the same thing Sunday morning, tweeting that no one informed Vice President Mike Pence or Chief of Staff Mark Meadows about the plan. The Russian embassy and the Taliban have also denied the Times report.

… No one has been harder on Russia than the Trump Administration. With the corrupt Joe Biden and Obama, Russia had a field day and took over important parts of Ukraine: where’s Hunter? It’s probably another fake Times job, just like his failed Russia Hoax. Who is your “source”?

Trump added: “No one has been tougher on Russia than the Trump Administration.”

However, while some of Trump’s advisers have pushed for stricter policies toward Russia, Trump has always been more receptive to the country’s authoritarian leadership.

Trump has indicated that he believes in Russian President Vladimir Putin’s claim that the country did not interfere in the 2016 US election, questioning his own intelligence officials who have said otherwise. He has reportedly repeatedly suggested that the United States should withdraw from NATO, which would be a massive victory for Russia and a significant blow to the United States’ allies in Europe. And in 2017, when Congress passed new sanctions against Russia related to its electoral interference with a veto-proof majority, Trump reluctantly signed the bill and implied that it was unconstitutional.

If Trump was informed in March, the timing was not good for him. He was reportedly briefed on the plot just as the coronavirus was beginning to explode across the country, and the president, who will face re-election in November, hopes to complete the peace deal with the Taliban to end the war in Afghanistan.

Despite Trump’s claim that “everyone” denies the Times reports, the responses of intelligence experts varied over the weekend.

Richard Grenell, a former acting director of national intelligence, wrote a series of tweets on Sunday arguing that the reports are false. “No one would be fine with this if it were true,” he wrote.

Former national security adviser John Bolton told NBC that it would be “disturbing” if officials had not told the president on the matter if the intelligence was reliable. “If there is any precision,” Bolton said, “that is a very, very serious matter.”

“His entire presidency has been a gift to Putin, but this is beyond pale,” Biden said during a virtual town hall on Saturday. “It is a betrayal of the most sacred duty we have as a nation, to protect and equip our troops when we send them in danger.”

House Speaker Nancy Pelosi told ABC This week He was unaware of intelligence reports on the Russian plan, despite being one of the leaders of the “Band of Eight” Congress receiving regular information on intelligence matters. However, he said, “it is totally outrageous” that the president did not respond to news of the plan.

“I don’t know what the Russians have about the president politically, personally, financially, whatever it is,” Pelosi said. “The president wants to ignore any accusation against Russia.”

Other Democrats questioned the likelihood that the President would not be intercepted in a matter of such severity. Senator Tim Kaine (D-VA), Hillary Clinton’s former running mate, said Trump was “flirting with Putin”, while his administration knew about the Russian scheme. Senator Chris Murphy (D-CT) tweeted that Ratcliffe “is lying (which is a massive problem) or that the DNI withheld revolutionary information from President Trump,” which is also a problem.

The Times reported earlier this year that it is difficult for intelligence officials to keep Trump’s attention when reports are provided. Ten current and former intelligence officials who spoke to the Times said he is easily distracted, deviates from tangents, and rarely reads the reports, rather than depending on conservative media or friends for information.

Senator Lindsey Graham (R-SC), a trusted supporter of the president, said on Twitter that he hopes the administration “takes such allegations seriously.” Representative Liz Cheney (R-WY), president of the Republican Conference of the House of Representatives, wrote that Trump “must explain” why he was not informed, who knew and when, and “what has been done in response.”

Now that Trump knows about the alleged plot, it is unclear whether he will choose to take action, but some of his supporters are seeking answers. The president has always had a soft spot for Putin, one of the reasons why Democrats and other critics are looking at his denial with suspicion. It remains to be seen whether Trump will choose to act against the Russian leader he has often praised.