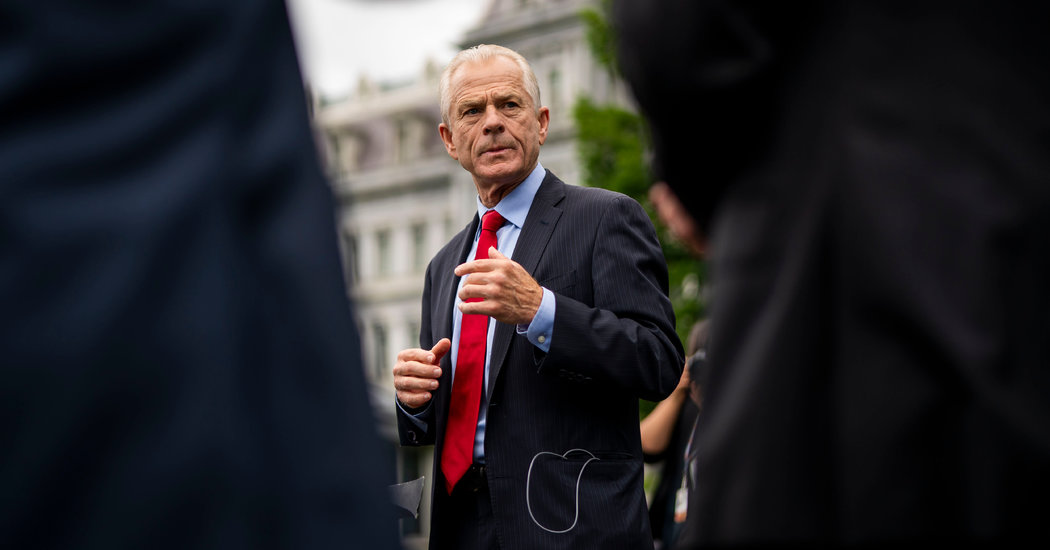 WASHINGTON – White House trade adviser Peter Navarro said Monday night that the trade agreement between the United States and China had “ended”, prompting a short slump in the stock markets before he and the president Trump will quickly withdraw the comments.

“The China trade deal is completely intact,” Trump wrote on Twitter after Navarro, a prominent China critic, appeared on Fox News. “Hopefully they will continue to abide by the terms of the Settlement!”

Events underscored the sensitivity of the “Phase 1” trade deal that the United States and China signed in January, which boosted the stock markets and ended a protracted and forceful trade war. But tensions have risen sharply between the two countries over the origins of the coronavirus pandemic and China’s assertion of power over Hong Kong, placing that pact in an increasingly precarious position.

Trump’s tweet was his strongest defense of his trade deal in weeks. While some of the president’s advisers believe he has little to gain politically by scrapping him, others have said his dissatisfaction with China is growing, raising the question of whether the United States would challenge China’s compliance with the pact.

Trump has also become increasingly critical of China due to the spread of the coronavirus, which originated in a city there, and its damaging effects on the U.S. economy. And farm groups that were destined to benefit from the trade deal have complained to the Trump administration that China is falling far behind the targets in its promised purchases of farm produce, and that Chinese buyers are avoiding US soybeans by Brazilians.

But in testimony before Congress last week, Robert Lighthizer, the United States’ trade representative and the chief architect of the deal, strongly defended China’s progress in complying with the pact. He said he was in frequent contact with Chinese officials and that they were working hard to fulfill their agreements.

“Everything indicates that despite this Covid-19, they are going to do what they say,” Lighthizer said.

In an interview Monday night, Fox News’s Martha MacCallum asked Mr. Navarro about the President’s desire to keep the deal as long as possible. “I wanted them to keep their promises because progress had been made on that trade deal, but given everything that happened and all the things you just listed, is it over?” she asked.

“It is over. Yes,” Mr. Navarro replied, adding that the “turning point” was China’s inability to warn the United States of the dangers of the coronavirus, which was spreading even when the pact was concluded.

“It was only a few minutes after the wheels went up when the plane took off that we started hearing about this pandemic,” he said.

Shortly after the interview, Mr. Navarro issued a statement retracting the comments, saying that they had been taken “out of context.”

“They had nothing to do with the Phase 1 trade agreement, which is still in effect,” Navarro said. “He was just talking about the lack of confidence that we now have in the Chinese Communist Party after they lied about the origins of the China virus and a pandemic in the world.”