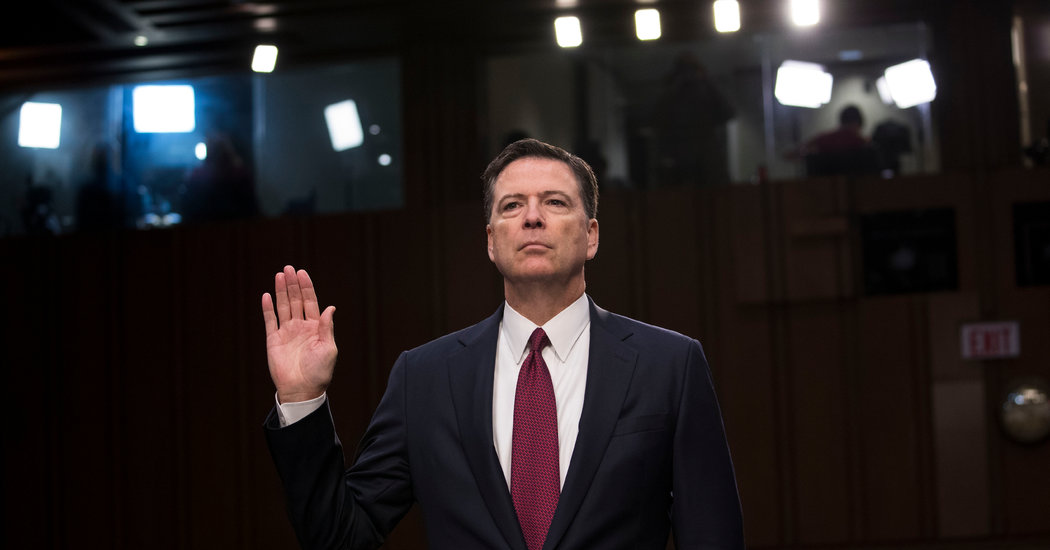 Days after announcing that his television adaptation of “A Higher Loyalty,” former FBI director James B. Comey’s best-selling book would appear after the election, the company moved the broadcast to September.

Director Billy Ray emailed the cast members on Monday expressing disappointment that the miniseries had been scheduled to air in late November on the ViacomCBS Showtime cable network. In the email, which was reviewed by The New York Times, the director said he had completed the project in the spring with the expectation that it would air before Election Day on November 3.

The two-part, four-hour show, “The Comey Rule”, was adapted by Mr. Ray, the writer of “Shattered Glass”, “Captain Phillips” and “Richard Jewell”. It stars Jeff Daniels as Mr. Comey, who served as the director of the FBI from 2013 until President Trump abruptly fired him in May 2017. Mr. Trump is played by Brendan Gleeson, the actor perhaps best known for his Alastor (Mad-Eye) Moody portrayed in the Harry Potter films.

Showtime said in a statement Wednesday that the miniseries would air on September 27 and 28.

“A Higher Loyalty” was an instant box office hit when it was released in April 2018, selling 600,000 copies in all formats in its first week. In his pages, Mr. Comey compares Mr. Trump to a criminal boss and calls him “unethical and unaffected by the truth.” Trump attacked the book and its author, calling it a “fake slime ball” in a tweet.

At the time of his firing three years ago, Comey was the top official leading a criminal investigation into whether Trump’s advisers had collaborated with the Russian government to influence the outcome of the 2016 election.

CBS was among the hundreds of organizations and people who have been the target of attacks by Trump during his tenure. In a 2018 tweet, the president included CBS reporters among the “forgers” who “have made reports so dishonest that they should only be allowed to win prizes for fiction.”

Hollywood’s previous attempts to build shows around political figures have not gone as planned. In 2013, NBC scrapped a miniseries that would have starred Diane Lane as Hillary Clinton before it was filmed.

Most recently, the third season of Ryan Murphy’s FX series “American Crime Story: Impeachment,” with a focus on former President Bill Clinton and with Monica Lewinsky as producer, will debut on September 27. FX ended up postponing the release until long after the election, citing Mr. Murphy’s busy schedule.

Comey was a critic of ViacomCBS’s now-dismissed plan to show “The Comey Rule” after the election, and said in a statement to The Times on Tuesday: “I don’t understand why CBS would be seen in a movie about important current events.” , and I hope the American people have a chance to see it soon. “