Trump announces next executive order to ‘make cities save their monuments’ 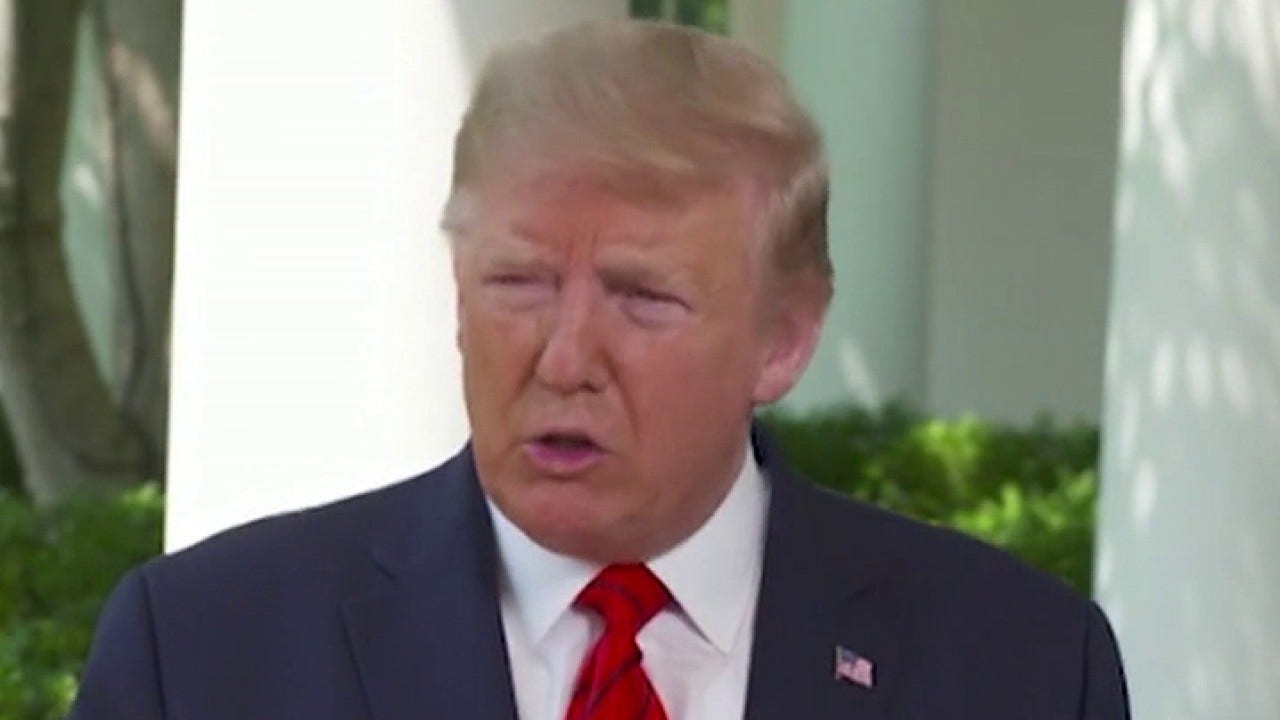 President Trump said Monday that he will soon issue an executive order aimed at protecting statues and public monuments from being damaged or destroyed by far-left protesters and anarchists.

Arroyo, who is also a contributor to Fox News, played a clip of the interview in Monday’s edition of “The Ingraham Angle.”

“Most of these people don’t even know what they are shooting down,” added the president.

Trump told Arroyo that he was particularly concerned about the collapse of a statue of Ulysses S. Grant on Friday in San Francisco, commanding general of the United States Army during the last 13 months of the Civil War.

“You saw it … where do they want to take [Grant] down. He was the one who detained everyone who dislikes them so much, “Trump said, referring to Confederate military officers whose statues were also smashed and destroyed.

Arroyo told hostess Laura Ingraham that the president did not elaborate on how the order would be drawn up. The EWTN presenter postulated that Trump could designate the statues as National Historic Monuments or place them in a “national trust” to legally protect them.

“It certainly is something he clearly has in mind,” Arroyo said. “I’m sure the White House attorney’s office is working on that. It’s great news that we haven’t heard yet, [that] there is an upcoming executive order.

“It is a question, certainly in my opinion, how the federal branch can impose its will on these cities and municipalities,” added Arroyo.

On Monday night, hours after Arroyo interviewed Trump, a group of protesters attempted to knock down a statue of Andrew Jackson in Lafayette Park in Washington DC before being rejected by police.

In a Thanksgiving message, Trump said, “We are like a third world country, because we have lost the election.”