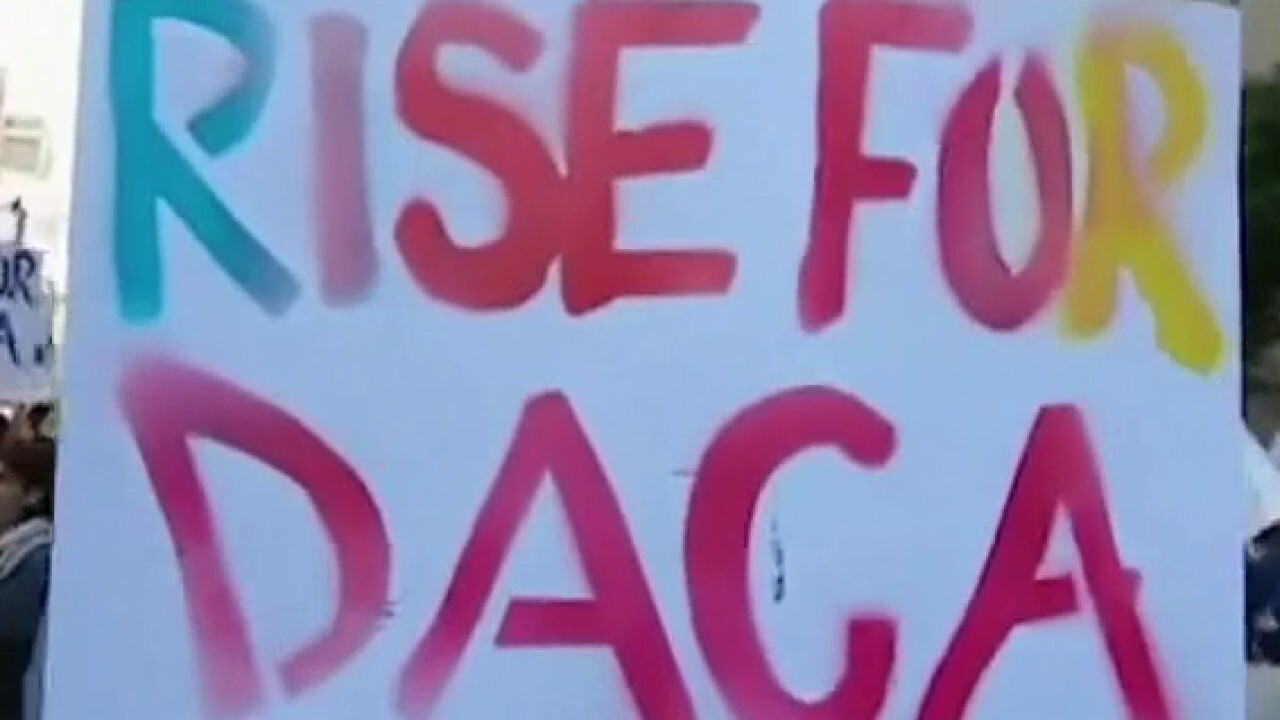 On Tuesday, the Trump administration announced that it would suspend applications for an Obama-era program that protects some illegal immigrants from deportation as it considers the future of politics, just weeks after the Supreme Court closed efforts to stop the program.

The Supreme Court ruled last month that the administration’s decision to terminate the Deferred Action for Childhood Arrivals (DACA) program was made in an “arbitrary and capricious” manner, although they did not rule on the merits of the program itself.

MCENANY: TRUMP WOULD LIKE TO SEE ‘LEGISLATIVE ARRANGEMENT’ TO DACA, ORDER WILL FOCUS ON ‘MERIT BASED IMMIGRATION’

As a result, the Department of Homeland Security (DHS) announced Tuesday that, in considering the future of the program, it will reject all initial requests for protection, as well as requests for Employment Authorization Documents.

“As the Department continues to review the policy and consider future actions, the fact remains that Congress must act on this matter,” Acting Homeland Security Secretary Chad Wolf said in a statement. “There are important policy reasons that can guarantee the complete termination of DACA’s policy.”

It is also renewing existing protections for just one year, instead of two.

Trump campaigned to repeal DACA in 2016 and also presented a legislative solution to the program as part of a broader immigration deal.

A federal judge in Maryland ruled this month that DACA should be restored to its original form by September 2017, but the administration did not say whether it would accept new applications.

Two weeks ago, the president said he would sign an executive order in the coming weeks, including a “path to citizenship” for DACA beneficiaries.

“I am going to make a great executive order, I have the power to do it as president, and I am going to make DACA part of it,” Trump said in an interview with Telemundo presenter José Díaz-Balart. Trump added that he was still working on the “legal complexities” of keeping DACA in order.

Days later, Trump again promoted that he would be “taking care” of DACA.

Morgan Phillips, Ronn Blitzer and The Associated Press of Fox News contributed to this report.