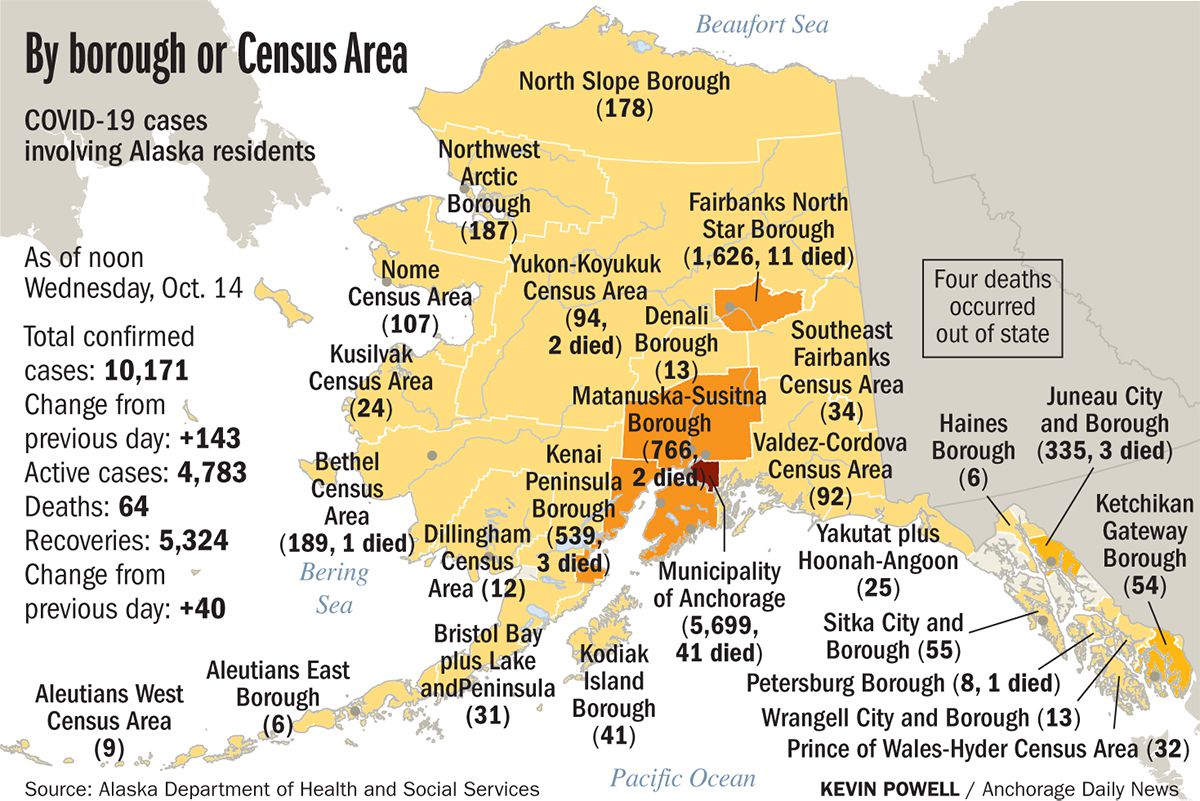 We are making this important information about the epidemic available as a public service without a subscription. But we rely on reader support to make this work. Please consider joining others to support independent journalism in Alaska for only 23 3.23 per week.

According to the Department of Health and Social Services COVID-19 dashboard, Alaska recorded four Alaskan deaths and 144 new cases with COVID-19 on Wednesday.

All of the deaths occurred recently, according to state health officials. One of the people who died from the virus was an Anchorage woman in her 20s, much smaller than the number of other Alaskans who died. There were two Anchorage men, one in his 70s and the other in his 80s.

The fourth death involved a 60-year-old Junau resident who died early Tuesday morning and was reported by local authorities the same day.

State officials did not say whether the four people who died were suffering from any medical conditions.

State data indicate that the deaths reported on Wednesday included three from Anchorage and one from Junau.

Sixty-four Alaskans have died with COVID-19 since the epidemic began here in March. Still, the state has the lowest mortality rate of 100,000 inhabitants in the country.

Tuesday marks the 21st straight day that hits three figures in daily reported cases. The last surge in Alaska was in July, but the case count stopped right away and then it was denied. State officials warn that high numbers are expected to continue due to the widespread community outbreak of the virus.

As of Tuesday, 40 people had been hospitalized with COVID-19 across the state, while 16 other hospital patients were awaiting test results, according to state statistics.

Of the 144 new cases involving residents of COVID-19, 89 were in Anchorage, plus two in Chogyak and 11 in the Eagle River; One was at Fritz Creek, one was at Homer, and one was at Soldotna; 11 were at the Fairbanks and two at the North Pole; One was in Palmer and two were in Wasila; Four were in Utkiagvik; Three were in Cotzebu; Five were in Juneau; One was in Sitaka; And one was at Bethel.

Communities smaller than 1,000 have not been identified to protect privacy, with one case each in the South Kenai Peninsula; Four in the nom census area; One in the Northwest Arctic Borough; One in the Bethel census area; And Bristol Bay Plus Lake and one in the Peninsula borough.

As of Wednesday, the state’s test positivity rate was 48.4848% above the seven-day rolling average. The rate reflects the number of positive results divided by the total number of tests performed. Health officials say more than 5% could indicate the community is not testing enough.