Tom Morello from Rage Against the Machine gave one of his guitars to a 10-year-old rocker. 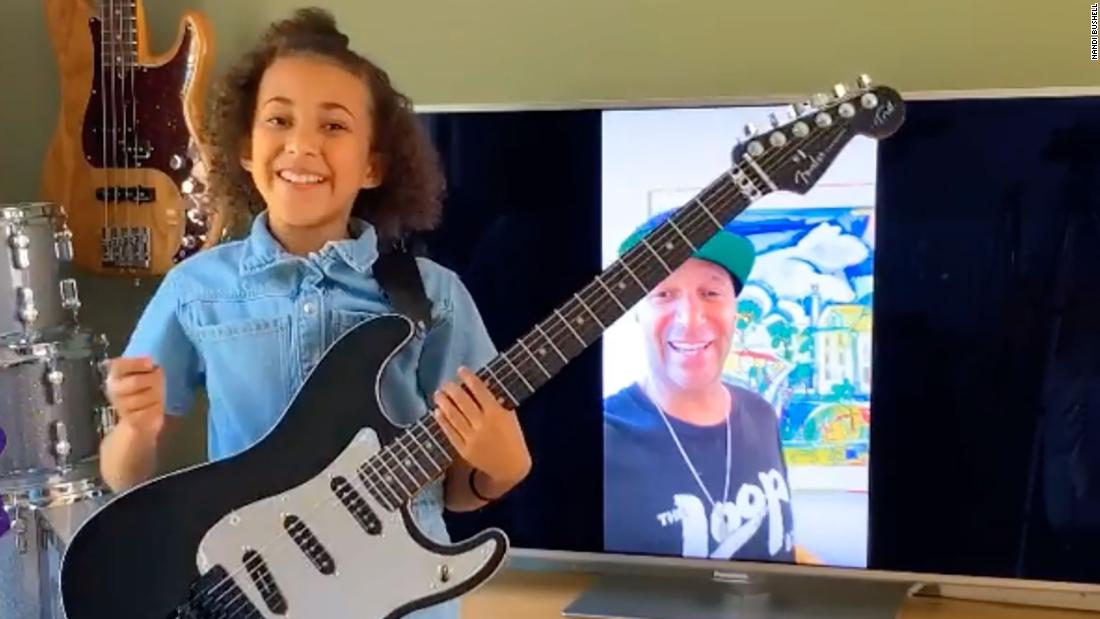 Now the 10-year-old rocker is getting a little love from one of his favorite musicians, Rage Against the Machine guitarist Tom Morello, who sent him one of his guitars after watching her play his 1999 anthem “Guerrilla Radio.”
“Hi Nandi, this is Tom Morello. I would like you to give me this guitar as a gift because you are so cool and seeing someone rock so well who is so young really gives me hope for the future.” Morello said in a video to the young rock prodigy.

“I hope to hear much more of your music in the future. You have a lot of soul and here is a little soul power to accompany it.”

Nandi from Ipswich, England, could be seen watching the video with her hands over her mouth in disbelief before opening the case to reveal a new black Fender Soul Power Stratocaster, Morello’s signature guitar.

“Wow, from the real Tom Morello!” she cried. “Thank you very, very much for this beautiful guitar. I can’t wait to play with you!”

The young multi-instrumentalist had posted a video on May 31 of her playing her own version of the rock band’s song, with signs reading “Fight Racism” and “Black Lives Matter” on her instruments.

Nandi’s father John Bushell called the situation unreal and said the family is still “in shock and overwhelmed by Morello’s generosity.”

“It was an honor to receive a guitar from one of the best guitarists of all time,” Nandi told CNN. “I am so happy to help raise awareness about Black Lives Matter and help end racism! With love and respect, equality for all.”

Nandi, who has expressed her support for the Black Lives Matter movement and the fight against racism and injustice, also received a custom purple Fender Stratocaster. For each artist who creates an artist record, Fender is making a donation to the NAACP Legal Defense Fund.