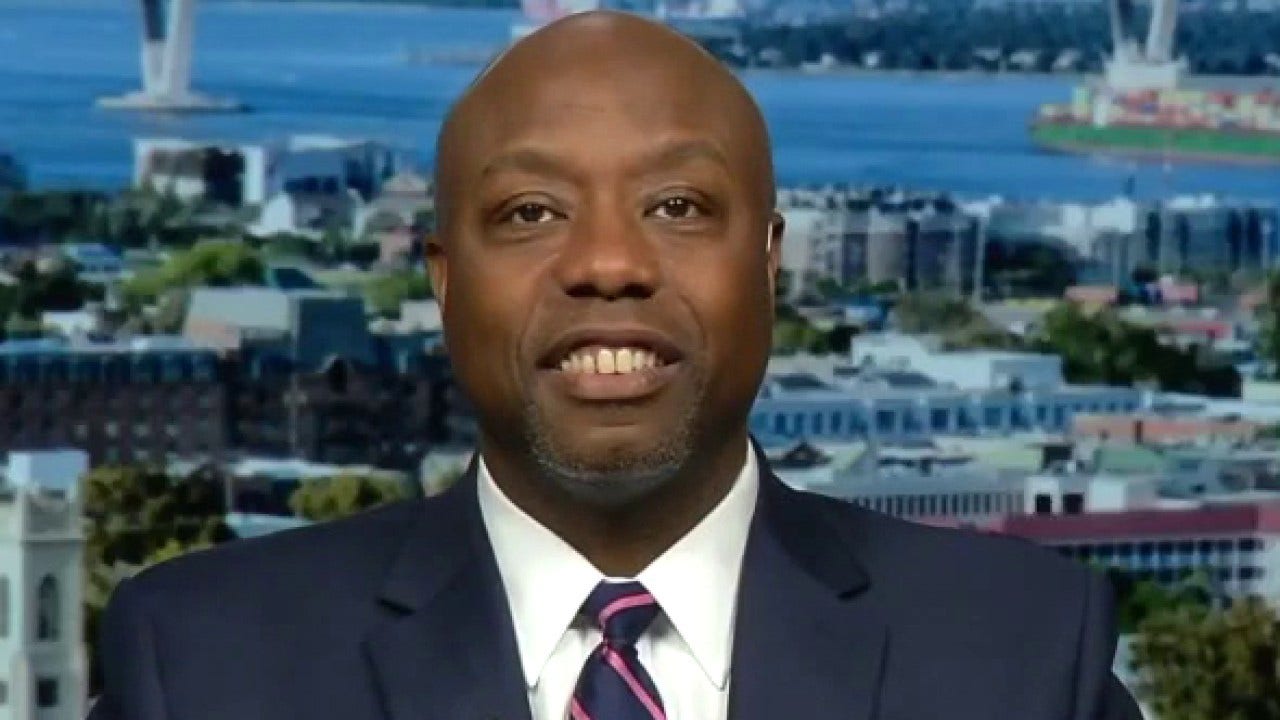 Sen. Tim Scott, RS.C., interrupted House Speaker Nancy Pelosi, a Democrat from California, on Friday and told Fox News Radio’s “The Guy Benson Show” that her comment accused the Republican Party “Trying to get away with it … The murder of George Floyd” was “the most scandalous and sinful comment I have ever heard as a public official.”

On Tuesday, Pelosi criticized Scott’s police reform bill, the JUSTICE Act, in an interview with CBS Radio, calling it “insurmountable” and saying it won’t make “any difference.”

“For something to happen, they will have to face the realities of police brutality, the realities of the need for justice in the police, and the recognition that there are many good people in law enforcement, but not all,” Pelosi said of Republicans “And we have to address those concerns. So when they admit it, and they have some suggestions that are worth considering, but until now they were trying to escape with the murder, actually, the murder of George Floyd.”

In response, Scott said to host Guy Benson, “I thought to myself, ‘How the hell does this woman, standing in front of a $ 24,000 refrigerator, have the good sense to jump into the bottomless abyss of racial politics? Why in the world does she want to do that?

“There is only one answer, by the way, one answer,” Scott continued. “It is because he has lived in a state of privilege for so long that he has forgotten that it is the Republican Party that voted more for Civil Rights era legislation than Democrats.”

“It is because he forgot that it was President Trump and the 2018 criminal justice reform that made up for the 1994 Democrats criminal law. He forgot that it is the school choice movement that frees more children in the poverty of the poor education system brought to us, by Democrats and teacher unions, which they have never seen, “Scott continued.

“He has forgotten so much about reality that he spends too much time in an alternate universe. But the facts are simple,” Scott added. “Why in the world would it come down so low? And it’s just this: They believe, and I really believe this, they believe that campaigning against police brutality is more important than solving police reform.”

Scott’s JUSTICE Act did not receive the 60 votes necessary to open debate on the measure on Wednesday, with five short votes left. Senators Joe Manchin, DW.Va., Doug Jones, D-Ala., And Angus King, I-Maine, supported the debate on the measure. Senate Majority Leader Mitch McConnell, a Republican from Kentucky, initially supported debate on the bill, but changed his vote for procedural reasons.

Democrats had objected to the bill not ending police strangleholds or qualified immunity for police officers.

The Senate vote effectively halted progress on federal police reform legislation, despite the House passing its own measure on Thursday.