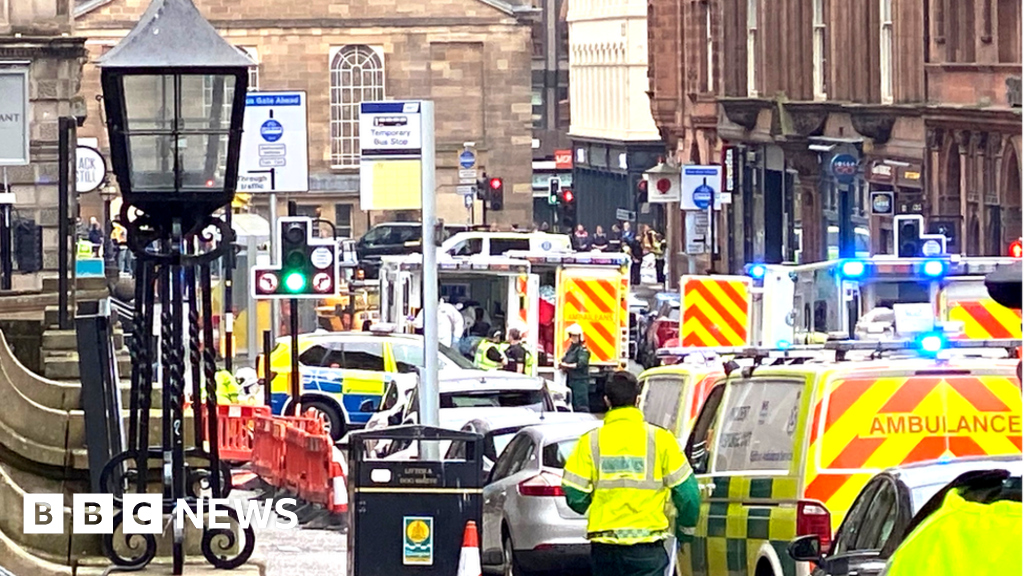 Three people are believed to have been stabbed to death on the steps of a hotel in central Glasgow.

It is understood that the police shot and killed a suspect.

The Scottish Police Federation confirmed that a police officer was stabbed. Armed police remain at the scene outside the Park Inn on West George Street.

A statement from Police Scotland said the situation was “contained” and that there was no danger to the general public.

Scottish Attorney General Humza Yousaf tweeted that the government was informed of the situation.

He said: “Armed police officers attended the incident and I can confirm that a suspect was shot by an armed officer.

“I would like to assure the public that we are not currently seeking anyone else in connection with this incident.”

“I can also confirm that a police officer was injured while dealing with the incident and that that officer is receiving treatment at the hospital.”

Witness Craig Milroy, who saw the aftermath of the incident from a nearby office building, said he had seen four people carried in ambulances.

He told the AP news agency: “I saw a man lying on the ground, of African descent, without shoes. He was on the ground with someone holding his side. I don’t know if it was a gunshot wound, a stab wound, or what it was. “

Milroy said the man was one of four doctors took away and believed he was the victim of an attack.

He added: “After that we saw commotion, ambulances higher up and we saw armed policemen running towards the hotel next to the Society Room.

“We were still standing outside, after the police came down, the riot police and the selection team told us to go back inside and close the door.”

Are you in the area? Did you witness the incident? If it is safe to do so, please send an email [email protected].

Include a contact number if you are willing to speak to a BBC journalist.