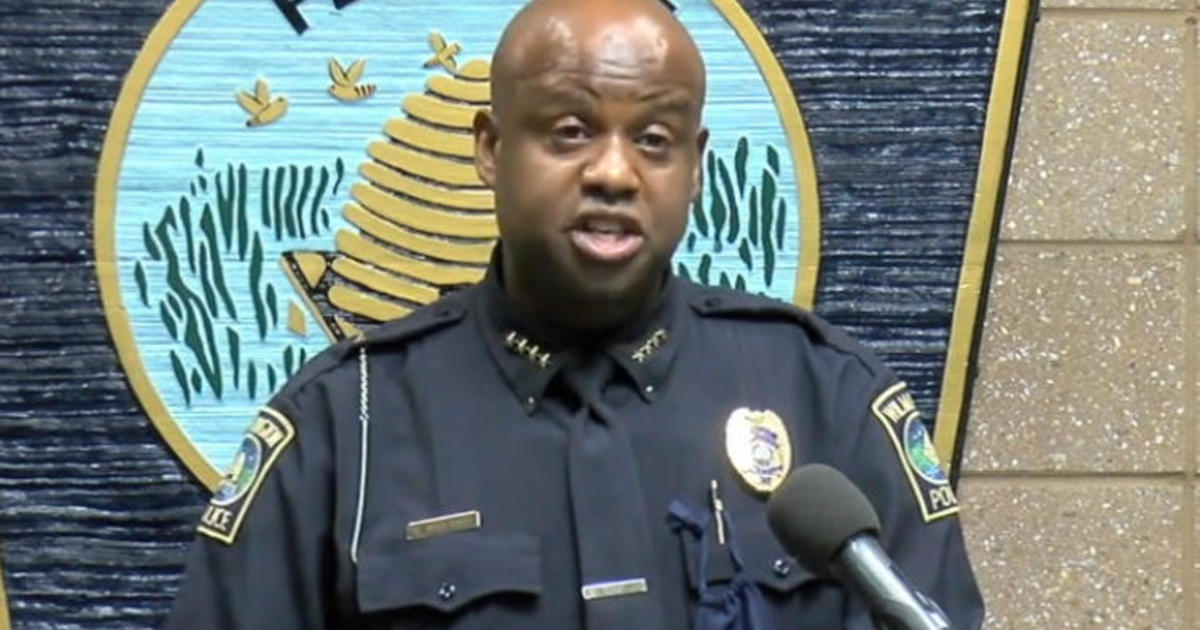 Winston-Salem, North Carolina – Three members of the Wilmington, North Carolina Police Department were fired after being caught on video making racist and threatening comments. One said that a civil war was needed to wipe black people off the map and that it was ready.

The department took action Tuesday against Cpl. Jessie Moore and Officers Kevin Piner and Brian Gilmore. Each was charged with violating standards of conduct, criticism, and the use of inappropriate jokes and defamation.

“When I heard about these conversations, I was shocked, saddened, and disgusted,” Williams said at a press conference on Wednesday. “There is no place for this behavior in our agency or our city and it will not be tolerated.”

According to CBS affiliate Wilmington’s WWAY-TV, Williams made the announcement on his first official day as boss, calling the case “the most exceptional and difficult” he has encountered in his career.

Police Department documents show that a sergeant was conducting a video audit as part of a monthly inspection and was reviewing images of Piner’s car that had been classified as “accidental triggering.” After the sergeant overheard the conversation and determined that the comments made by Piner and Moore were “extremely racist,” he contacted the department administrator for the camera system.

At the 46-minute mark of the video, Piner and Gilmore began speaking from their respective cars, at which time Piner criticized the department, saying that their only concern was “kneeling with the blacks.” About 30 minutes later, Piner received a phone call from Moore, according to the investigation, a segment in which Moore referred to a black woman as “black.” He also referred to the woman using a racial slur. He repeated the use of the insult to describe a black magistrate, and Moore also used a gay insult to describe the magistrate.

Later, according to the investigation, Piner told Moore that he feels a civil war is coming and that he is ready. Piner said he was going to buy a new assault rifle, and soon “we’re going to go out there and start killing them (expletives)” blacks. “I can’t wait. God, I can’t wait.” Moore replied that he would not do that.

Piner then told Moore that he felt a civil war was needed to “wipe them off the map (expletive). That will delay them by four or five generations.” Moore told Piner that he was “crazy,” and the recording stopped shortly after.

According to the police, the officers admitted that they were their voices in the video and did not deny any of the content. While officials denied they were racist, they blamed their comments on the stress of law enforcement in light of the protests over the death of George Floyd. Floyd, a black man, died last month after a Minneapolis police officer put his knee around his neck for several minutes.

Williams called the talks brutally offensive, WWAY reports, but added that he doesn’t want people to judge his department’s officers based on the conduct of a few.

“Morale just hasn’t been at its best,” he said, according to the station. “Some officers may feel that they don’t like us right now. But I will say this: resistance. They continue to come to work. They work long hours and do what we ask them to do. As I said before, I have some great officers. My greatest fear with all this is that all the good will be painted with the same brush with which the bad will be painted “.

In addition to being fired, cases involving Wilmington officers will be reviewed by the district attorney’s office to determine if they committed any crimes or showed bias towards the criminal defendants. Williams said she will recommend that the three officers not be rehired by notifying the North Carolina Criminal Justice Standards and Training Commission of their behavior.