Thomas Blanton, who bombed a Birmingham church, dies at 82 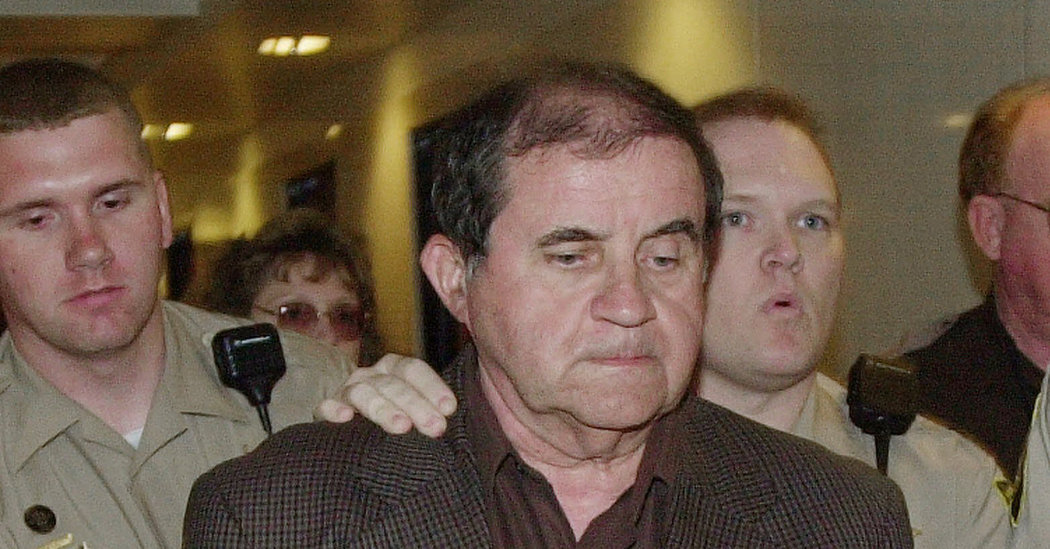 Thomas E. Blanton Jr., the last survivor of three members of the Ku Klux Klans who were convicted in the church bombing that killed four black girls in 1963 in Birmingham, Ala. – A case that stands as one of the ugliest and most exhilarating crimes in the civil rights era: He died in prison on Friday in Bessemer, Alabama. He was 82 years old.

The Alabama Department of Corrections did not specify the cause of death, at the Donaldson Correctional Center, but said Mr. Blanton was not believed to have had the Covid-19 virus.

Mr. Blanton was a suspect in the church bombing from the start, but he escaped justice for decades, thanks in part to interference from J. Edgar Hoover, the FBI director, who in 1964 derailed the office’s efforts. from the Birmingham office to press charges against him. and three other men.

The case against Mr. Blanton was eventually revived, and in 2001 a jury convicted him of four counts of first-degree murder. They gave him four consecutive life terms.

The bombing occurred on September 15, 1963, a Sunday, at 16th Street Baptist Church, which had been a center of civil rights activity in Birmingham. Three 14-year-old boys, Addie Mae Collins, Carole Robertson and Cynthia Wesley, and an 11-year-old girl, Denise McNair, were killed in the blast and many others were injured. The attack increased national outrage at segregationist policies and racial oppression in the south.

“The Birmingham bombing holds a special place in civil rights history because of the randomness of its violence, the sacredness of its purpose, and the innocence of its victims,” ​​wrote Kevin Sack in The New York Times in 2000, when the Mr. Blanton and Bobby Frank Cherry was finally charged in the case.

All four were members of the Klan in the early 1960s.

Thomas Edwin Blanton Jr. was born on June 20, 1938 in Washington. The news says that his father, known as Pops, was a notorious racist in Birmingham.

The younger Mr. Blanton had a tenth-grade education and served as an aircraft mechanic in the Navy from 1956 to 1959, according to FBI files. When he was arrested in 2000, he lived in a trailer with no running water and worked at a Walmart.

An FBI report that was released in 1980 said that Mr. Hoover, who died in 1972, had blocked efforts to charge the four suspects shortly after the crime, although three people told FBI agents that they had seen the four near the church about eight hours. before the explosion Hoover was said to have blocked the case because he believed that a successful prosecution was unlikely. But the jury that convicted Mr. Chambliss in 1977 heard less direct evidence than was available to Mr. Hoover in 1964.

In 1997, a group of black ministers urged Doug Jones, then the United States Attorney in Birmingham, to open a new investigation into the remaining suspects.

“Tom Blanton saw the change and didn’t like it,” said Jones, now a United States senator from Alabama, at the trial. Mr. Blanton maintained his innocence.

The evidence presented at the trial included incriminating recordings made by the FBI involving both Mr. Blanton and Mr. Cherry.

After Mr. Blanton’s conviction in 2001, Bill Baxley, who had prosecuted Mr. Chambliss as Alabama’s attorney general in 1977, wrote an angry opinion piece in The New York Times claiming that the FBI had not appeared in the Chambliss case and had not revealed the existence of the tapes.

“For more than two decades, Mr. Blanton and Mr. Cherry evaded prosecution and prosecution because the FBI withheld these recordings,” wrote Mr. Baxley. “This was evidence we desperately needed in 1977, evidence whose existence FBI officials had denied. If it had been provided in 1977, we could have condemned these three clan members.

Information on Mr. Blanton’s survivors was not immediately available.

Robert Posey, an assistant United States Attorney, said in his closing arguments at Mr. Blanton’s trial: “The defendant did not care who he killed as long as he killed someone and as long as that person was black.”

At the end of the trial, the judge asked Mr. Blanton if he had any comments. “I think the good Lord will solve it on judgment day,” he said.