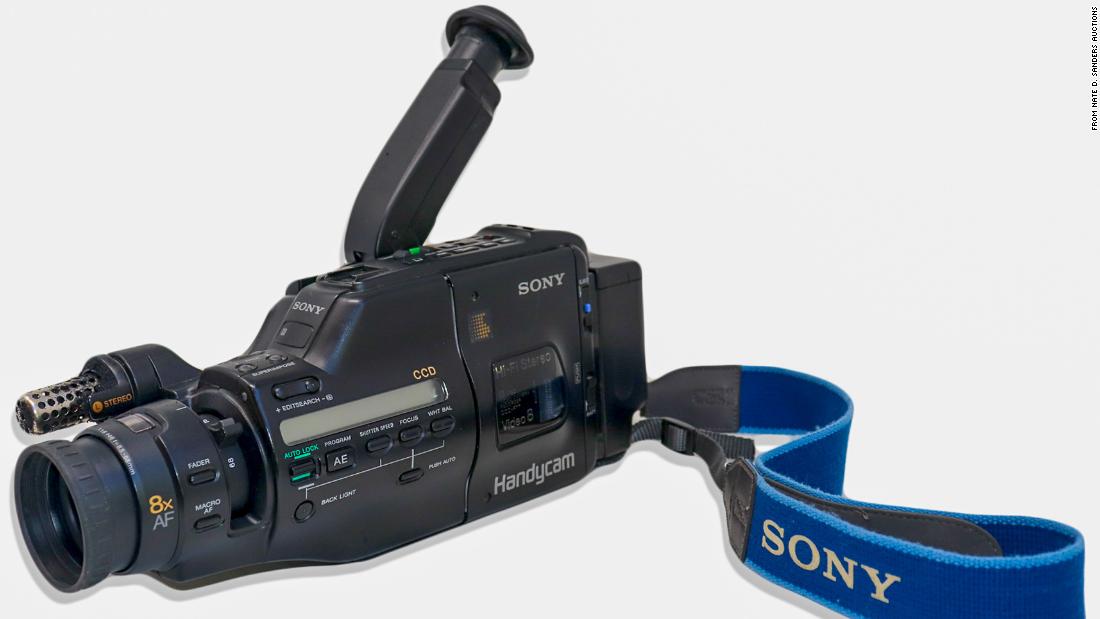 The beating occurred just after midnight on March 3, 1991, when LAPD officers beat King, who was then 25 years old, more than 50 times with batons after he had led the officers to a high-end chase. speed.

George Holliday recorded the beating from his apartment balcony and called the Los Angeles Police Department, but they were not helpful, according to the auction house, Nate D. Sanders Auctions. Holliday then called a local news station, KTLA, which then broadcast the footage.

The video was one of the first examples of a viral video showing police violence against blacks.

In April 1992, when the four white officers accused of the beating were acquitted, massive protests broke out in south central Los Angeles.

“I hope this video camera will inspire people to use its power to record events that seem troublesome to them. Don’t be afraid to use it,” Holliday said in a statement.

Although the camera no longer works, it comes with its original power adapter and battery box.