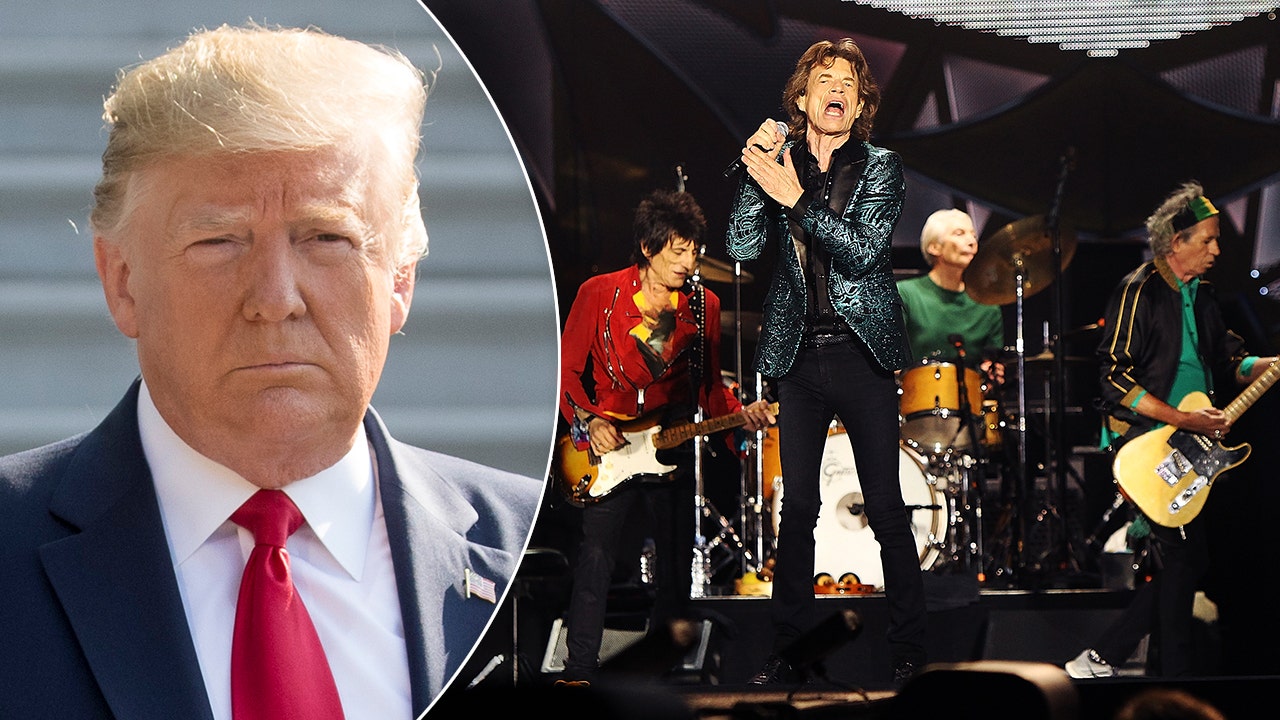 The Rolling Stones are ready to act.

In a statement obtained by Fox News, the iconic rock band said its legal team is collaborating with BMI, a performing arts rights organization, to prevent the use of their music at President Trump’s reelection events.

“The IMC notified the Trump campaign on behalf of the Stones that the unauthorized use of their songs will constitute a violation of their license agreement,” the statement said. “If Donald Trump ignores the exclusion and persists, he would face a lawsuit to break the embargo and play unauthorized music.”

The Rolling Stones have threatened to take legal action against Trump over the use of his songs in his campaign rallies.
(Getty)

The statement says that despite the band previously issuing cease and desist directives, Trump, 74, has continued to use his hit song “You Can’t Always Get What You Want” and campaign rallies.

“This may be the last time Trump uses any Jagger / Richards song in his campaigns,” the statement concluded.

The Trump campaign did not immediately respond to Fox News’ request for comment.

Mick Jagger, left, and Keith Richards, of the Rolling Stones, perform during their concert at the Rose Bowl on Thursday, August 22, 2019, in Pasadena, California.
(Photo by Chris Pizzello / Invision / AP)

The Stones are not the only musicians who have recently expressed their wish that Trump stop using his music.

Last week, Tom Petty’s family issued a cease and desist from the campaign after his hit “I Won’t Back Down” was used at a re-election rally in Tulsa, Okla.

“We believe in the United States and we believe in democracy. But Donald Trump does not represent noble ideals of either of them,” said a statement from Petty’s family. We would hate for fans marginalized by this administration to think that we were complicit in this use. At the same time, we have issued a cease and desist notice for the Trump campaign. “