The rise and fall of the Segway, loved by police and tourists. 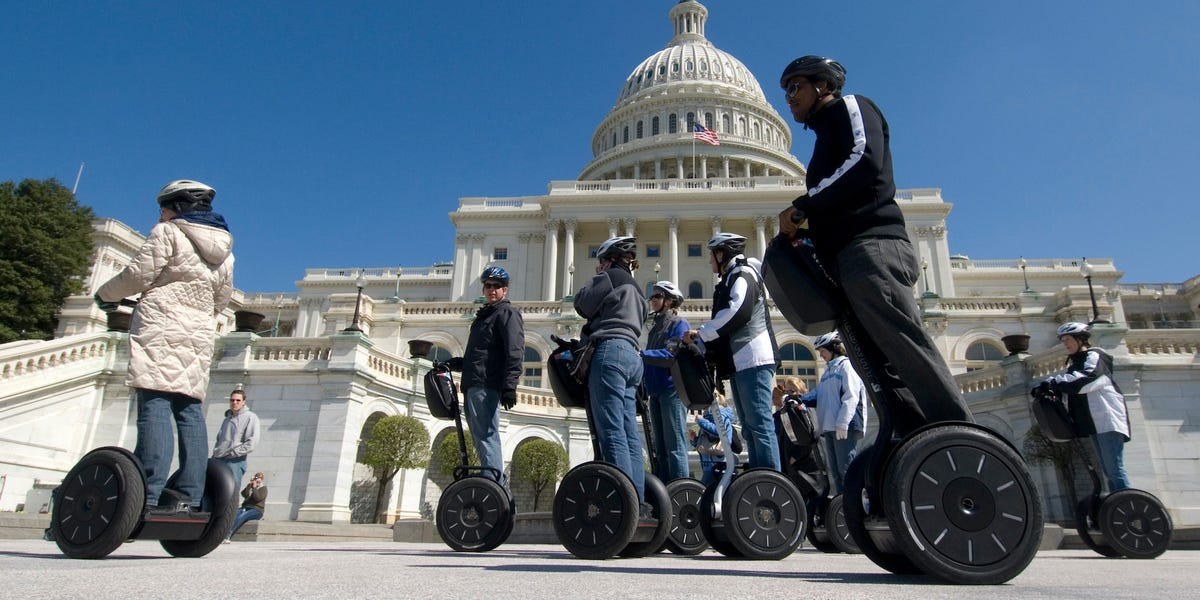 The now iconic two-wheel self-balancing personal or human transporter was introduced to the public in 2001.

Its creator dreamed of the machine turning personal transport on its head, simplifying how people navigated in urban settings and how they traveled to and from the office. Perhaps even American soldiers would one day ride the Segway in battle against the nation’s enemies.

But the machine did not meet expectations. The Segway became an ubiquitous part of the world of shopping mall tourism and security.

On Monday, the company announced that it would suspend the novelty due to lack of demand.

Here’s the story of the Segway, from the technological marvel once publicized to the staple of the mall’s cops.